JAKOB DYLAN has a way with words. It’s a gift that runs in his family.

Even the titles of his latest songs, I Hear The Ocean (When I Wanna Hear Trains) and Who’s That Man Walking ’Round My Garden, are enough to capture the imagination. 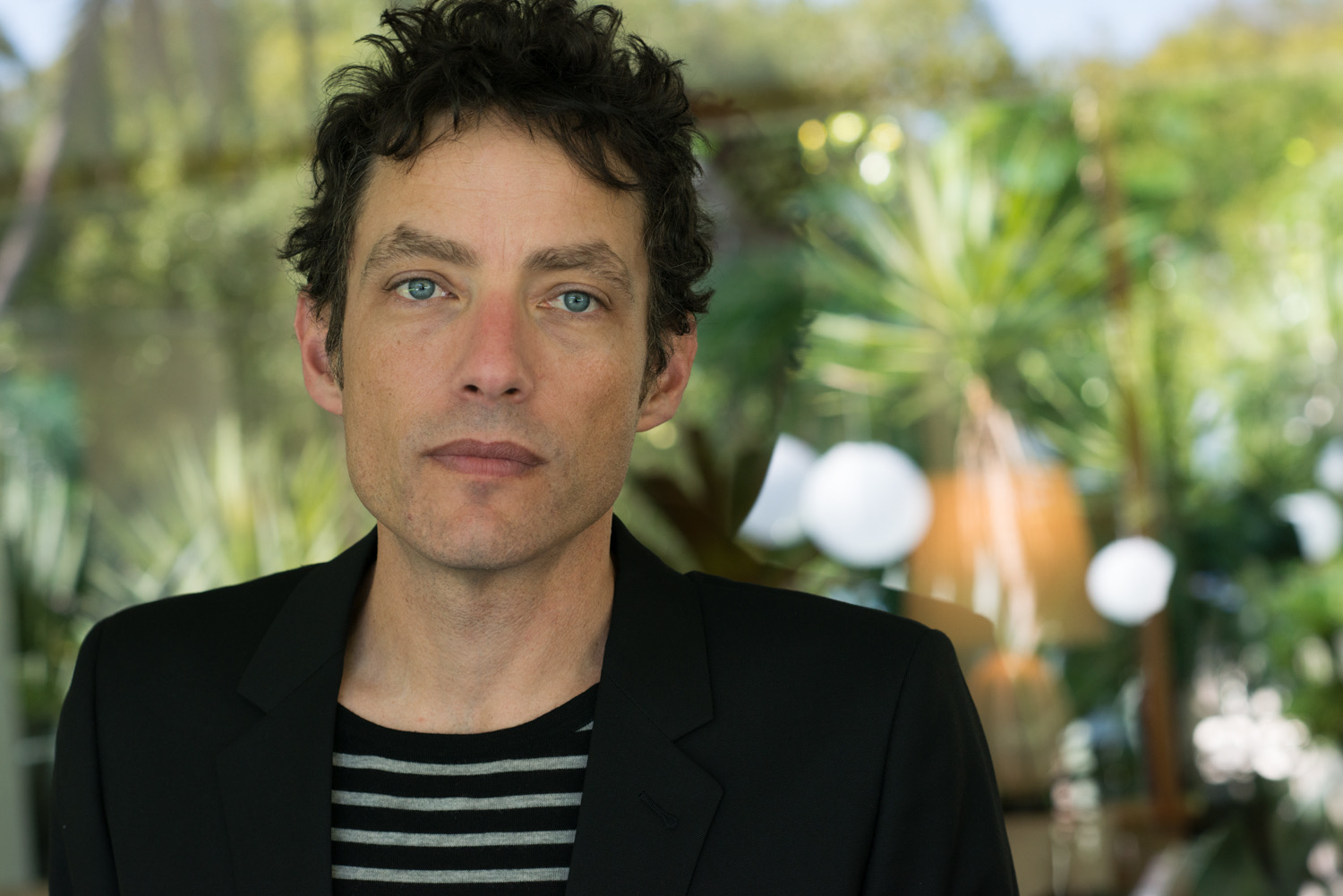 The youngest of Bob Dylan’s five children with ex-wife Sara, 51-year-old Jakob is 30 years into his music career. He counts his late, great friend and mentor Tom Petty as a key influence, but his winning turns of phrase indicate he shares DNA with the writer of Like A Rolling Stone.

That said, Dylan ploughs a singular furrow and his understandable reluctance to talk about Dad is a sign of an abiding determination to succeed in his own right, on his own terms. He is back with a new album by The Wallflowers, the band he formed in 1989 and now a vehicle for his solo rock projects.

Called Exit Wounds, it’s one of the best things he’s ever done — ten tightly executed songs informed by the woes of the Trump era, but not dragged down by them. “We’ve had complete turmoil and anxiety here for four years straight,” he says.

“It’s been unavoidable to keep it out of my songs. But I’m not writing protest songs; I’m not writing clichés for the times. I don’t care what rhymes with Trump because I don’t want to sing it in five years’ time.”

Dylan’s album has a raw and rootsy feel, yet sparkles with contemp-orary thought and expression. Its creator believes his best tracks “arrive almost fully formed because if you spend too long on them, they disappear like smoke”.

Like so many song-writers before him, Dylan hopes his compositions have universal appeal, “even if they come from a personal place”. 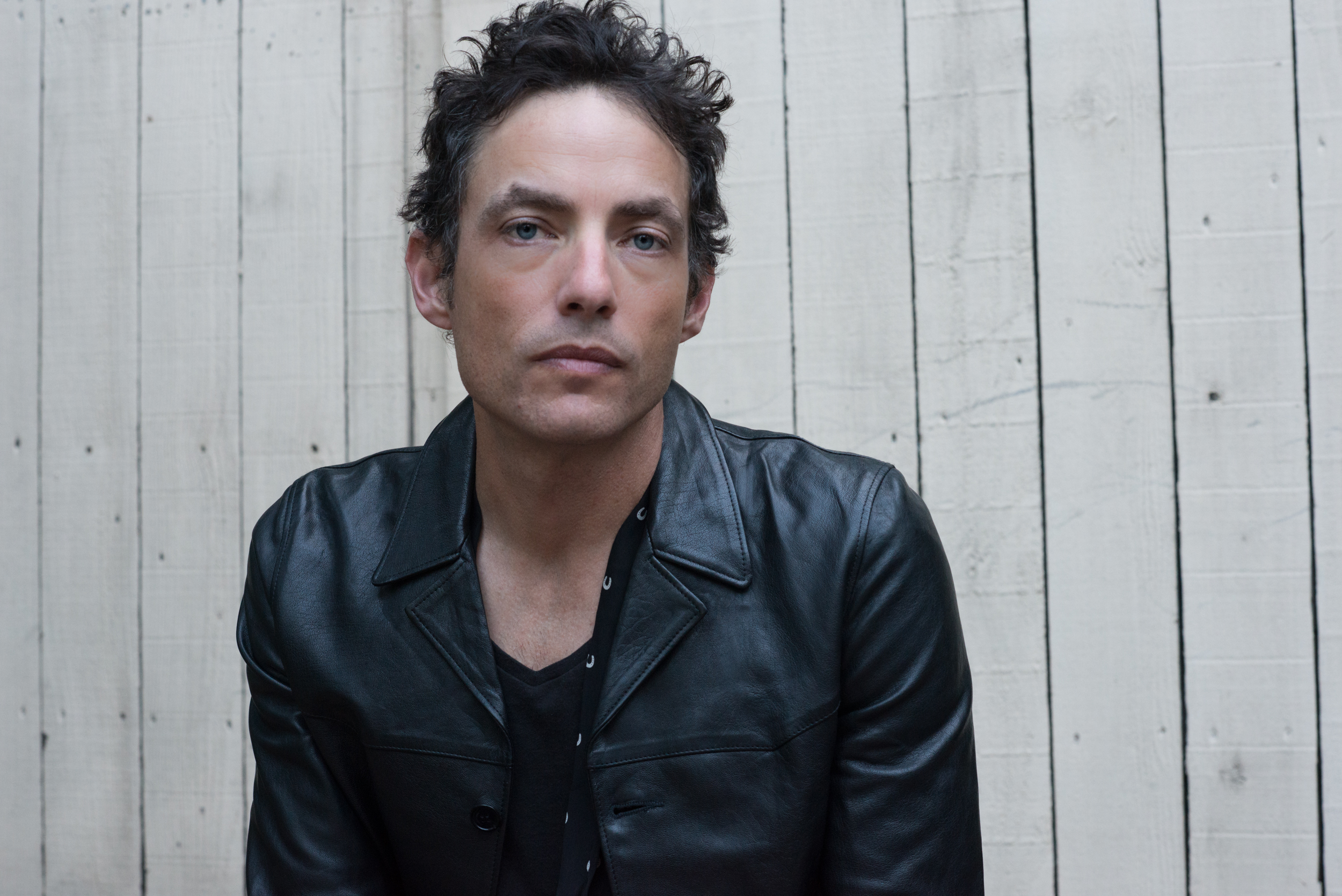 ‘You have your own demons and feelings’

He adds: “We all come from different backgrounds but, at our core, we’re exactly the same. We’re just trying to get through this life in one piece. Life is hard, a struggle.

"It doesn’t matter where you are, how much success or money you have, at the end of the day you’re still getting into a bed by yourself with your own thoughts and demons and feelings. We all have to work with that, but I feel most at home when I’m having these discussions with myself through songs.”

It is 8pm when Dylan calls me, directly to the office, just as England are kicking off against the Czech Republic.

Life is hard, a struggle.

“It sounds like you’re at a football match!” shouts the long-time Los Angeles resident as my raucous colleagues almost drown us out.

As the noise subsides, we get stuck into the first Wallflowers album in nine years, possibly the strongest since 1996’s wildly successful Bringing Down The Horse, which included signature songs One Headlight and 6th Avenue Heartache.

Dylan explains that Exit Wounds owes much to Tom Petty, one of the giants of American music (and a bandmate of his father in supergroup The Traveling Wilburys with George Harrison, Jeff Lynne and Roy Orbison).

In Petty’s last filmed interview before his untimely death in 2017, he spoke to Jakob for an illuminating widescreen documentary called Echo In The Canyon.

It’s about the explosion of brilliant music coming out of LA’s Laurel Canyon neighbour­hood in the years 1965 to ’67, from acts such as The Byrds, The Beach Boys, Buffalo Springfield and The Mamas & The Papas. 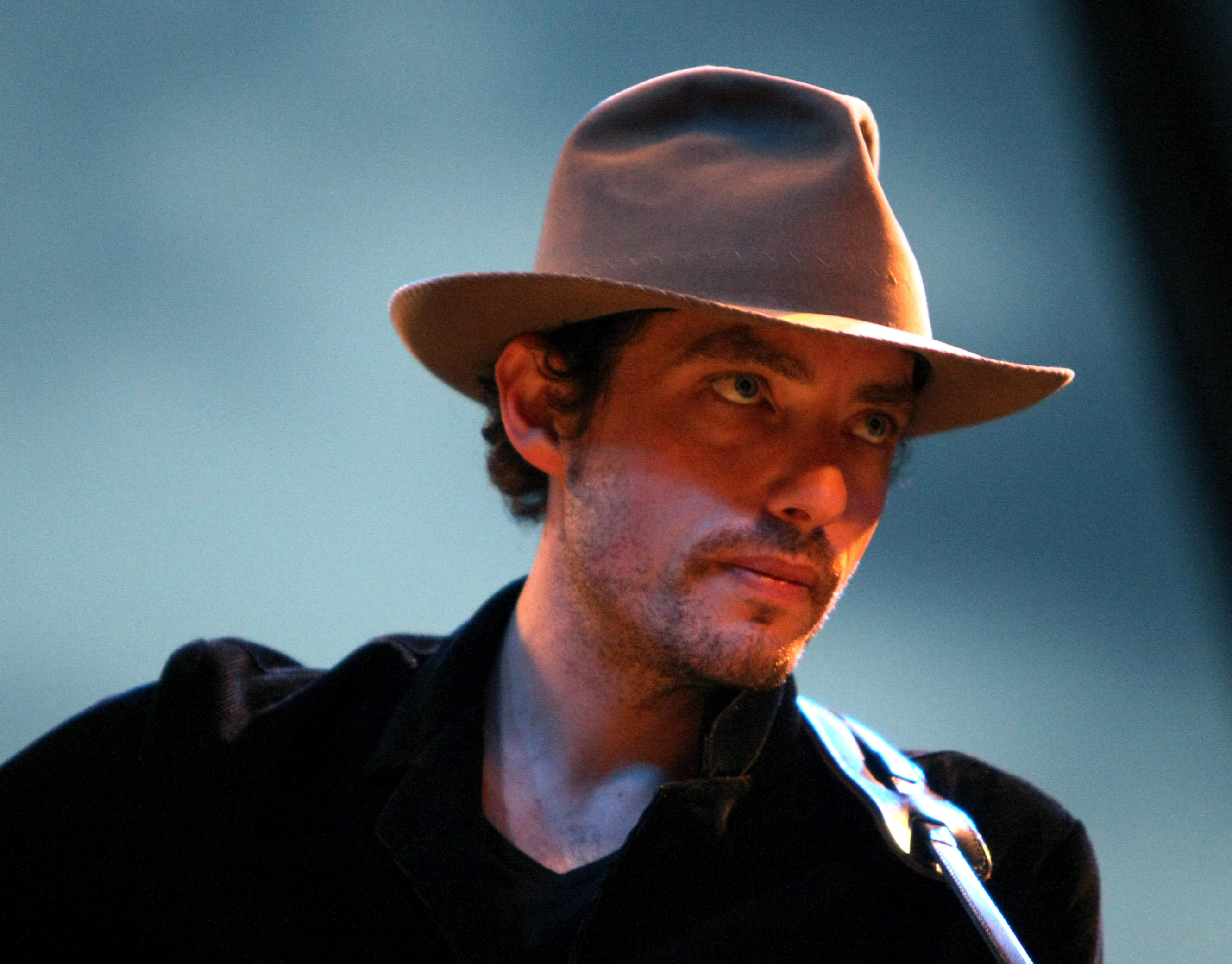 Dylan served as the film’s host, conducting interviews and reviving the music by performing it with some of today’s artists, including Beck, Fiona Apple and Norah Jones.

But it was his time with Petty that he holds most dear and which he carried forward into the recording of Exit Wounds. “Tom’s presence loomed over me and this record heavily,” he admits.

“I’d been around him plenty when I was younger but, in the last few years, I got to spend even more time with him. He became powerful in my personal life . . . and it was towards the end of his life.”

Petty was, of course, much loved by legions of fans and Dylan gives an affectionate tribute to the man he came to count as a friend as much as an inspiration.

“He was right there when I started songwriting and, one way or another, his music has always been in my life,” he affirms. “He wasn’t one of those acts I liked who came and went but a constant.

“I wouldn’t dare call him a peer yet he was very generous with his time. His passing was shocking to everybody, but I hadn’t realised just how connected I was to him. Yeah, it was losing a person I knew and cared about, but I also felt a great emptiness that I wasn’t expecting.” I ask Dylan which qualities he admired in Petty and it draws an impassioned response. 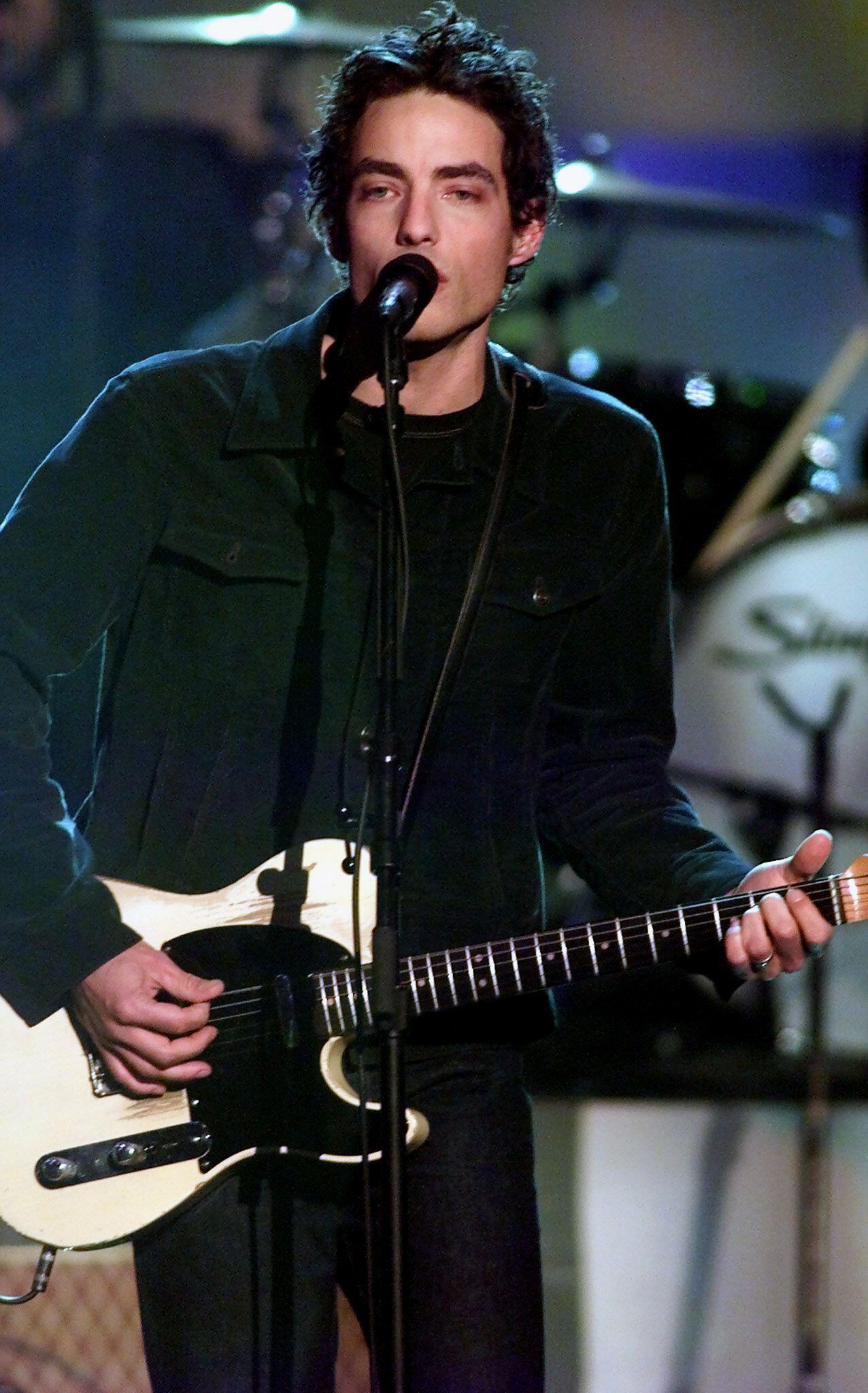 “He lacked arrogance. I’m sorry to say it but some people from that generation are assholes. They’re competitive, they’re not comfortable and there’s bitter-ness but not Tom.

“He was never punishing. He let me share the stage with him and he let me interview him for Echo In The Canyon. In the film, he spoke about music with pure, thrilling enjoyment.

"He was talking about The Byrds and Buffalo Springfield like a teenager, because that music had impacted on him so much. When you’re a kid and you’re into rock ’n’ roll, there’s always room for leather jackets and being cool and Tom never lost any of that.”

The most Petty-like song on Exit Wounds has to be the rollicking Who’s That Man Walking ’Round My Garden. Dylan is careful to point out that it’s less sinister than it sounds, more mischievous humour than anything else.

“The term is very much in the blues language but it seems to really confuse people,” he says. “I’ve been asked if it’s about border control or if it’s literally an issue with my gardener. But no!”

It’s clear that Dylan is a keen student of the pillars of American rock and pop music — blues, soul, folk and country — and I ask if he feels his work is part of that great tradition. 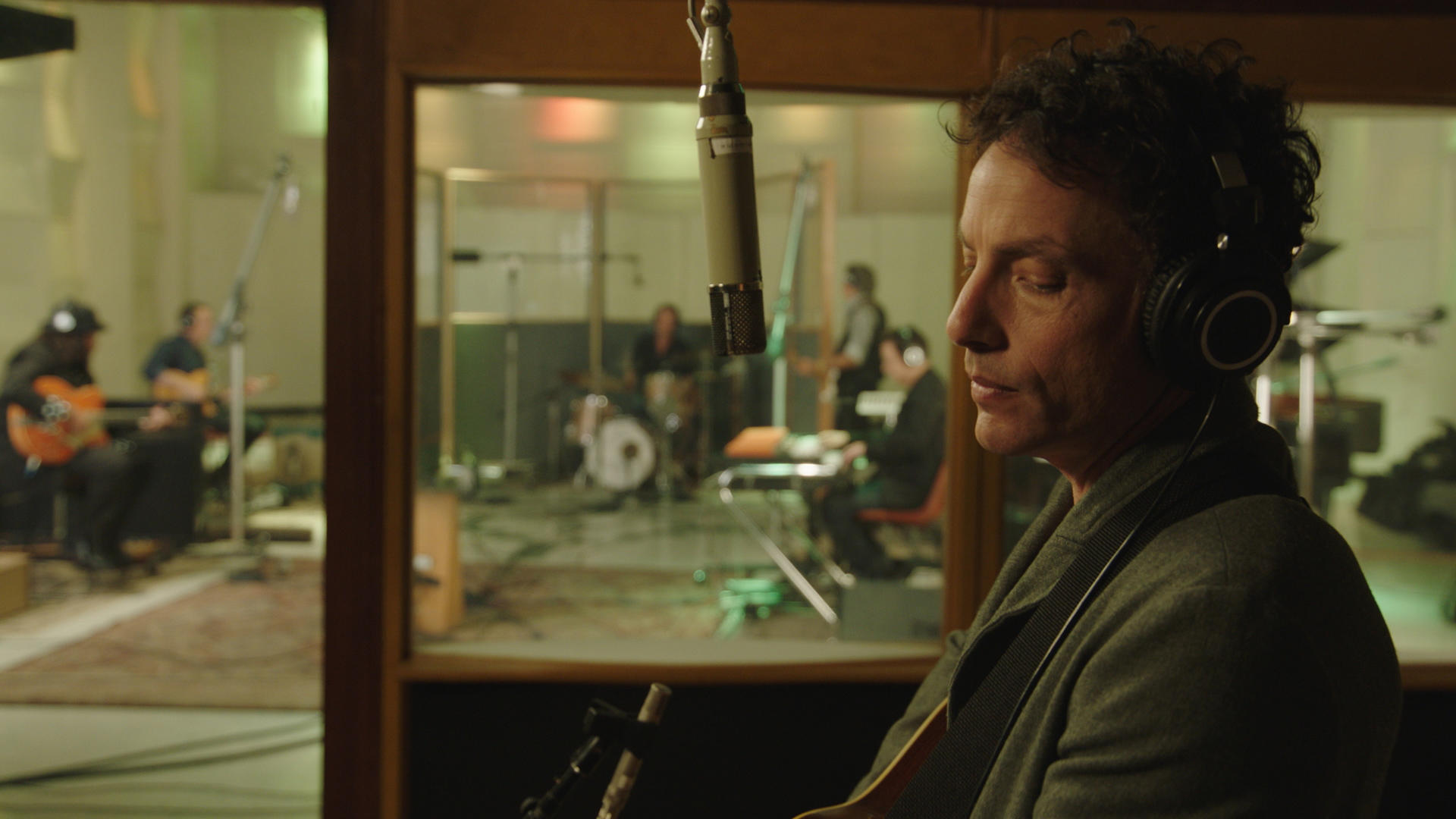 ‘Shelby and I sound good together’

“I’d be thrilled to be considered a part of it all,” he says.

“The fact that you’re saying it makes me feel like I’m on the right track. Not everybody (in music) is here to move mountains. I’m totally happy and comfortable to be a part of the tradition. Not all of us are comets from outer space.”

She may not be an alien but the new album’s special guest, Shelby Lynne, lends her otherworldly vocals to four songs, including a ravishing duet, Darlin’ Hold On.

Dylan explains: “I have run in the same circle as her for years but we had never actually met. Val McCallum, guitarist on this record, also plays with Shelby sometimes so her name came up and her involvement happened very organically.

I’m totally happy and comfortable to be a part of the tradition.

“We were just meant to have her on Darlin’ Hold On but we had such a good time that we kept throwing more songs at her. She has the ability to make everyone else in the room disappear, so I had to be careful. I thought I held my own and we were good together.”

Exit Wounds is just one of the many albums delayed by the Covid-19 pandemic so I’m keen to find out how Dylan has found these strangest of times. 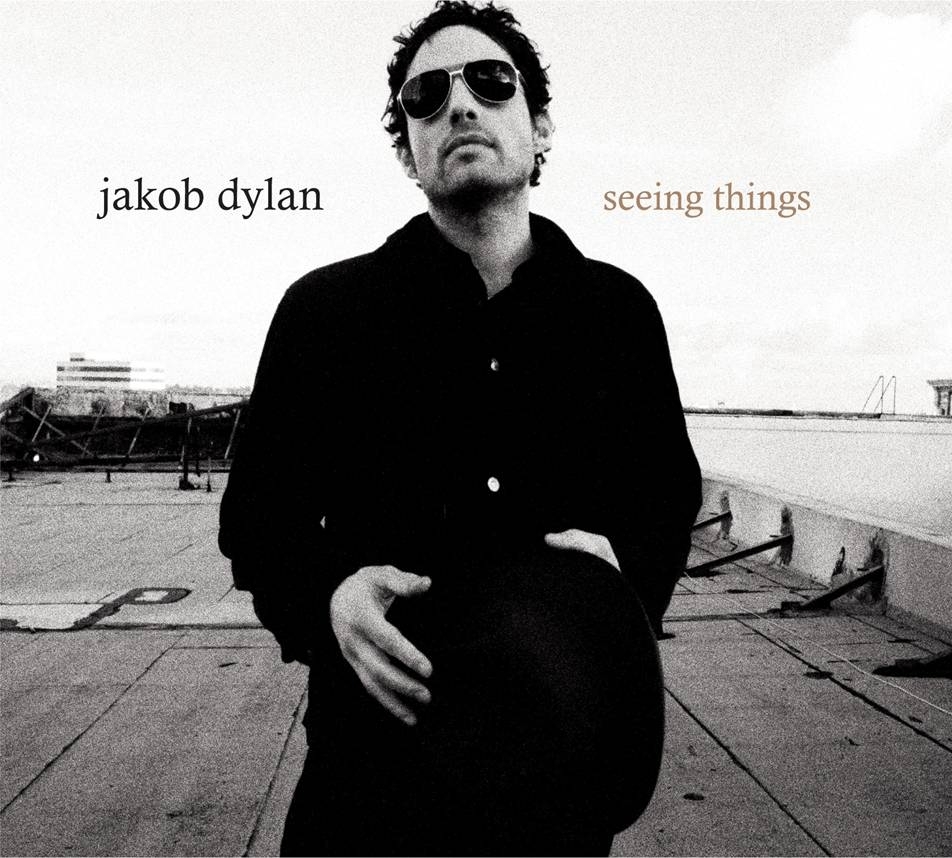 “I haven’t had any great epiphanies,” he decides. “And I don’t think I furthered myself as a human being. We all thought we might learn how to cook or something but, after the fifth month, everything was out the window, we just had to survive.

“I haven’t been up on stage for over two years now and that’s the longest gap for sure. It’s a big part of my life so I’ve been in suspended animation.”

If the album was written before the pandemic gripped, the ominous Move The River feels like a song for troubled times that have stretched beyond the tenure of the sandy-haired ex-incumbent in the White House.

Dylan sees it like this: “The pandemic seemed like the final result of some s*y years. “When it started, it felt like, ‘Well of course this is going to happen next. How much further down can we slide? Let’s f up all of it.’”

I don’t think I furthered myself as a human being.

Against this turbulent backdrop, there’s a genuine sense of restlessness in Exit Wounds, with the album title implying that Dylan hasn’t escaped unscathed. He says I Hear The Ocean (When I Wanna Hear Trains) summons “the feeling of being displaced. I’m here when I want to be there”.

Likewise, standout track, the lilting Roots And Wings, begs the question: Do I need to remain grounded or do I yearn to take flight? While addressing the human condition with all its perils, Dylan still maintains: “There’s always hope in my songs.” 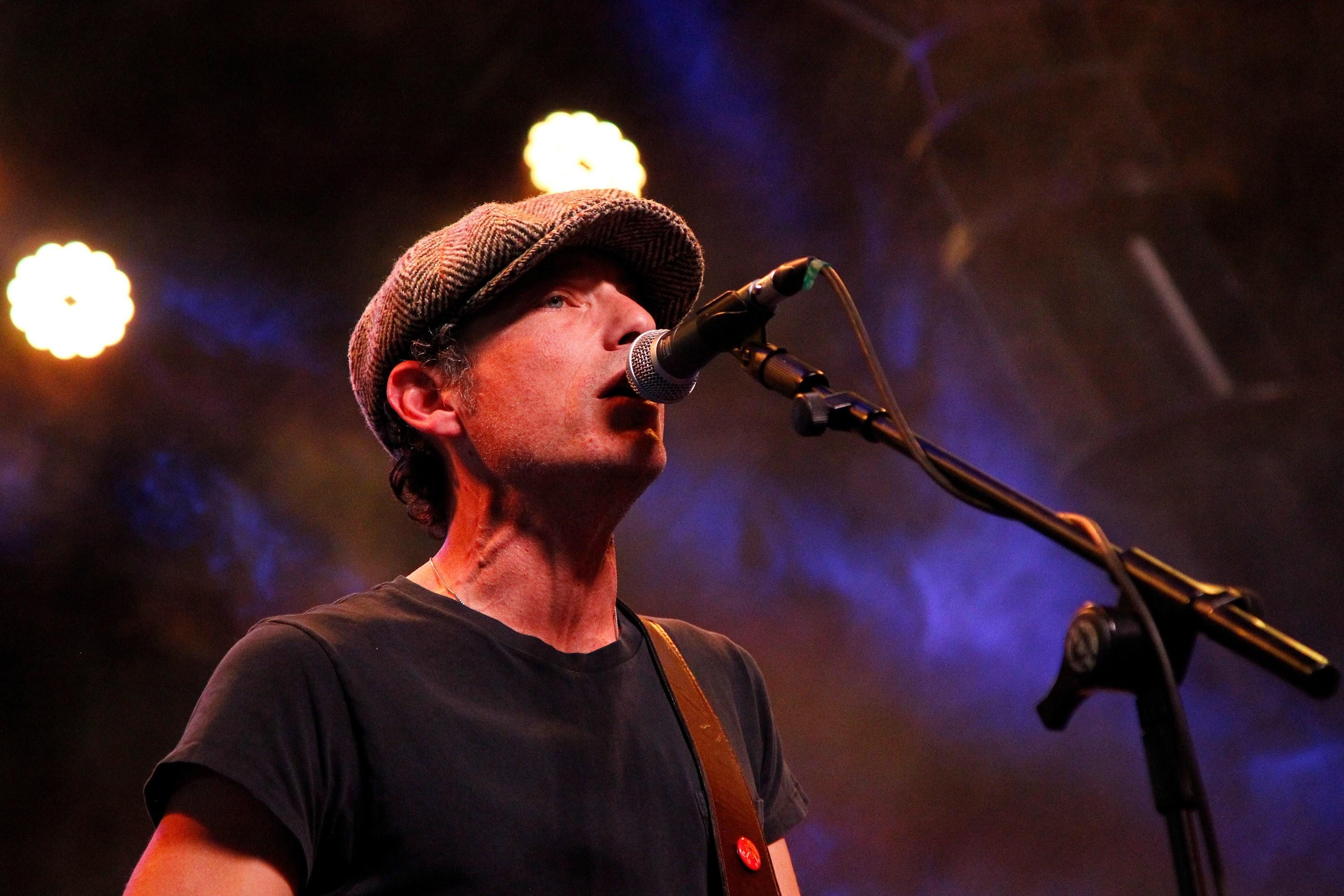 He’s looking forward “to being back on the road, to getting back on track. I want to stop thinking about doom and gloom.

“We all hope to be living our best lives and I certainly want that personally.”

As far as his music career is concerned, Dylan is in it for the long haul. “I know I’m a very lucky person to have been doing this for a long time,” he says. “I’m amazed that it’s been almost 30 years now.

“Like they say, if you find something you like, then you’ll never have a job and that’s how I feel. I have a lot of gratitude for being given the chance and I just want to keep going. It sounds simple enough but I really do.” 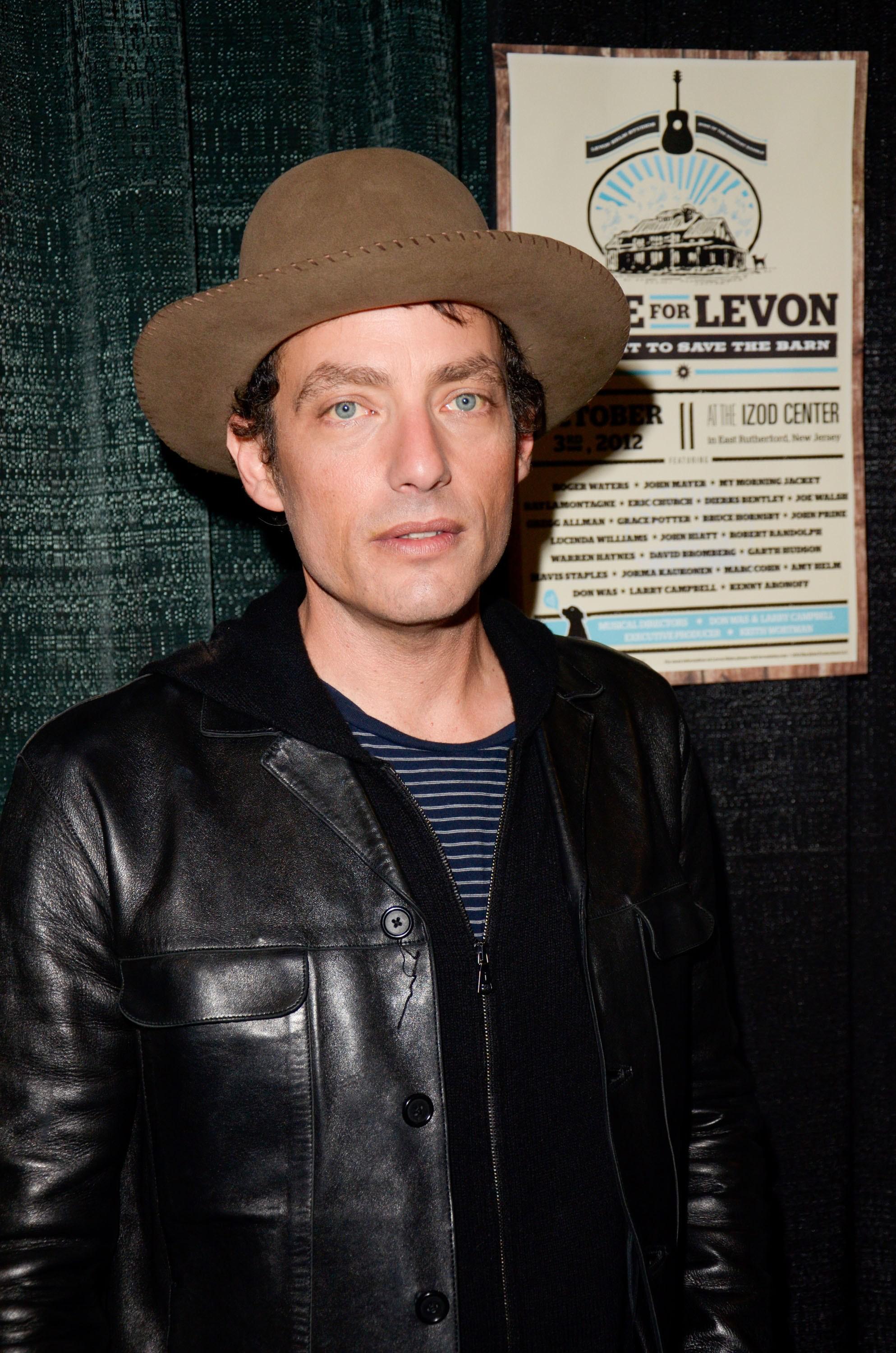 With the pandemic gradually subsiding in the States, Dylan acknowledges its huge impact. “There are a lot of people struggling out there. I’m just happy to survive and happy that the people I care about have survived.”

So what are his views on America at the dawn of Joe Biden’s presidency?
“Well, we can’t do any worse, can we?” he replies.

“You could put a hamburger in that office and it would do better than what we had.” He may have exit wounds but Jakob Dylan is no shrinking wallflower.