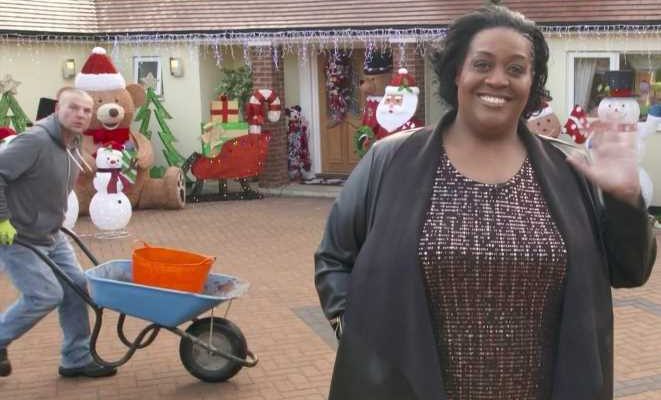 ALISON Hammond was upstaged today by a man with a wheelbarrow who snuck into shot behind her on This Morning.

The gardener stole the show – and later Alison's heart – as she filmed outside the "most festive house in England" in Essex. 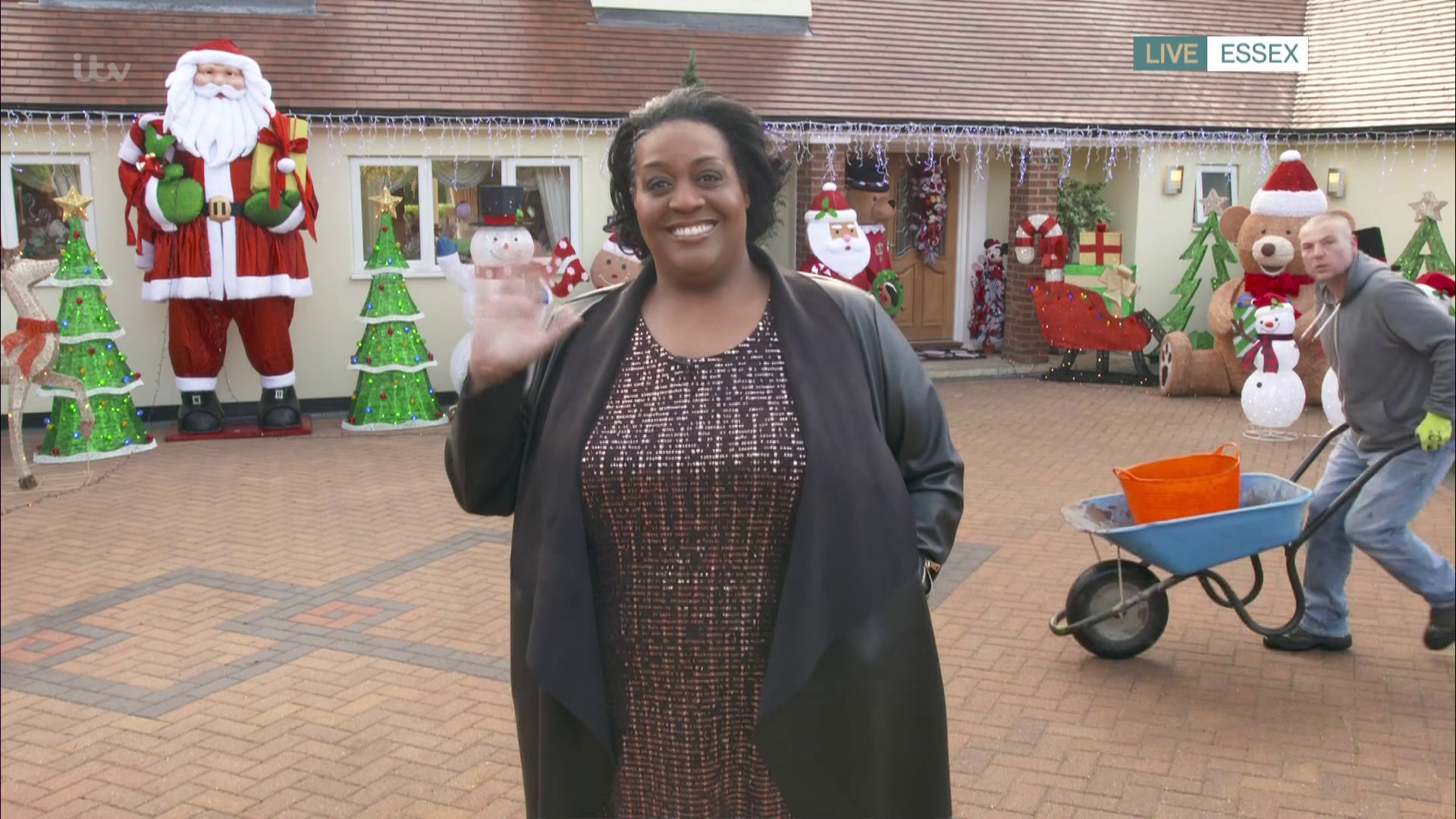 Wearing gardening gloves, a hoodie and jeans the startled man snuck into the shot but slowly backed out when he realised what was happening.

This Morning hosts Phillip Schofield and Holly Willoughby saw him on screen and quickly alerted Alison to the show intruder.

She managed to get hold of Mark the gardener later on and proceeded to flirt with him on air.

With a blank expression, Mark said he couldn't trim the hedges as it "made too much noise" and would interrupt filming.

But he added to Alison that he "wasn't as important as you … I'm just the gardener."

In a sweet moment, he was told by all three presenters that he wasn't "just a gardener", and that "gardeners are a very important job".

Won over by his modesty Alison let out a little squeal and said: "I think I may have found myself a boyfriend!"

And Holly warned: "Alison, stay away from the mistletoe, God knows what could happen!"

This month Holly revealed she was preparing herself for a further career challenge in activism – with insiders saying she could be planning to leave This Morning.

And ITV are said to be keen on Alison taking on a bigger role in the show.

But the bubbly Brummie isn’t so sure and thinks one day a week in the hot seat is enough.

A TV insider said: “Alison loves being part of This Morning but she knows taking on hosting duties full time would mean a long daily commute.

“Her son is everything to her and a good work life balance is really important.

“It’s just not the right time.”

Alison appears to be so set on the decision, she’s even tipped pal Rochelle Humes for the job.