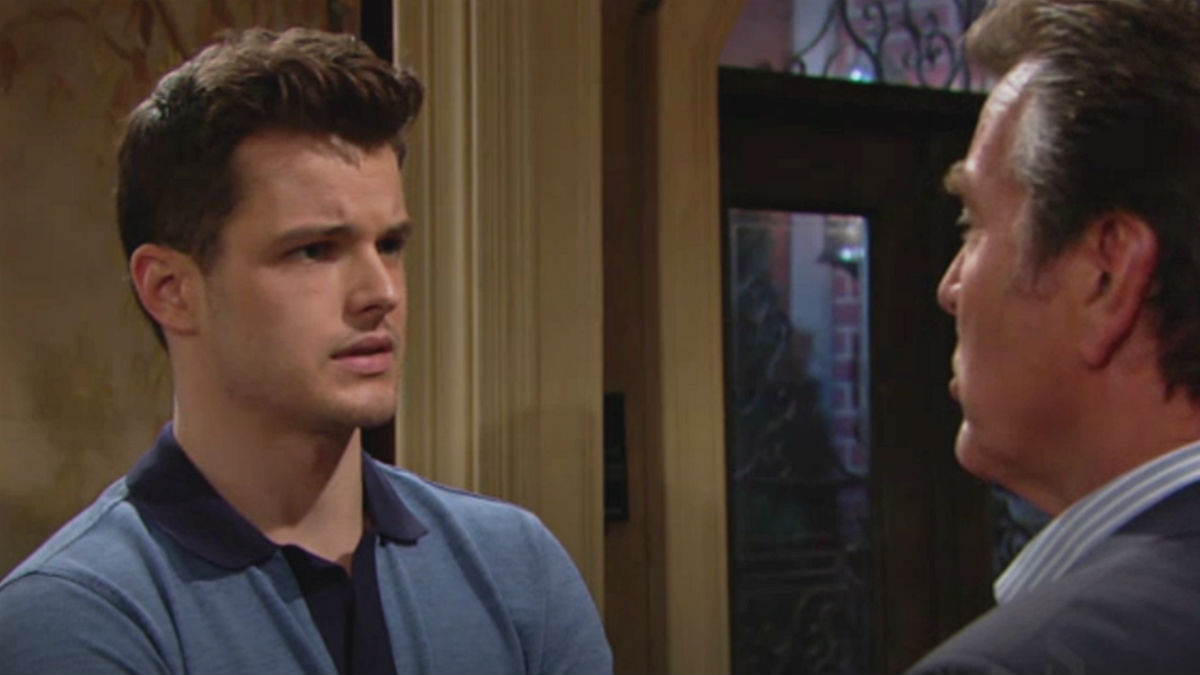 The Young and the Restless spoilers for next week’s episodes of the CBS soap opera tease a possible new couple, consequences of actions, a family disowned and fighting for loved ones.

It is a week full of changes as Halloween looms. While some Genoa City residents are living their best lives, others are watching their lives implode right before their own eyes.

Facing the truth is never easy

The reality of Elena (Brytni Sarpy) and Nate (Sean Dominic) sleeping together hits them like a ton of bricks. For Elena, it means facing life without Devon (Bryton James) and watching her worst fear come true. Devon getting close to Amanda (Mishael Morgan).

When Amanda opens up about her past, Devon sees her in a new light. Their new bond forces Elena to act quickly and beg Devon for a second chance. Unfortunately for Elena and Nate, there are reminders of their betrayal everywhere. They won’t get the forgiveness they seek so quickly.

Adam’s (Mark Grossman) suffering brings Kevin (Greg Rikaart) much happiness. Watching Adam’s downfall is pure pleasure for Kevin. After everything Adam has done to his family, it is justice served in Kevin’s eyes.

Kevin will have more news that makes him happy when Adam cuts ties with Victor (Eric Braeden) and the rest of the Newman family. It is a move Adam and Victor have made quite a lot in the past.

Will this time be different or more of the same for the feuding family?

Coming to you from the #YR set…it’s @gregrikaart with a very special guest! 😍 Tune in to an all-new episode of Y&R today to see @real_jchapman. ❤️ While you wait, tell us your favorite thing about Gloria in the comments below. 👇

Coming to you from the #YR set…it’s @gregrikaart with a very special guest! 😍 Tune in to an all-new episode of Y&R today to see @real_jchapman. ❤️ While you wait, tell us your favorite thing about Gloria in the comments below. 👇

Chloe (Elizabeth Hendrickson) makes another plea for Chelsea (Melissa Claire Egan) to leave Adam. Chelsea hasn’t listened to her best friend so far. Adam is pushing Chelsea to her breaking point, though. Maybe she is ready to leave Adam for the sake of her family.

Flames of passion ignite and burn out

Sparks continue to fly between Billy (Jason Thompson) and Lily (Christel Khalil). She tries to squash them by laying down some ground rules. Lily’s rules are quickly tested when they find themselves in the throes of passion.

Kyle (Michael Mealor) fights for Summer (Hunter King), but he may be too late. Summer makes a decision that impacts their future. One thing is for sure. Kyle is in fighting mode. He takes his love life frustration out on Theo (Tyler Johnson). Yes, the two cousins go at it again.

Once again, the daytime drama will have viewers sitting on the edge of their seats for five days straight. Be sure to tune in daily.

The Young and the Restless airs weekdays on CBS.