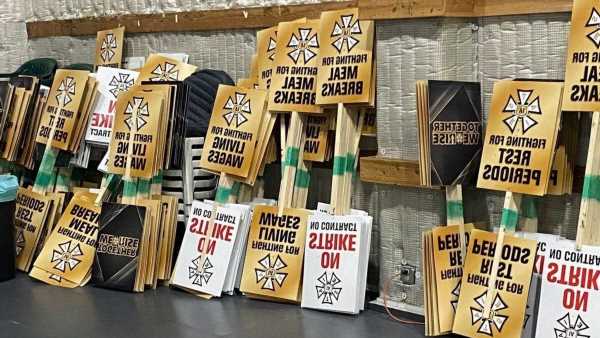 Then, a discussion about the internal fallout Netflix has faced over Dave Chappelle’s latest Netflix special, “The Closer.” CEO Ted Sarandos has defended the special, but trans employees and their allies have vocally dissented, with a walkout planned for next week.

And a new segment for the show: “Succession” Obsession. TheWrap’s Zo Hazen and Ben Svetkey join Sharon for a lively discussion about the HBO drama that returns this weekend, and the characters they love to hate.

And finally, a chat with Kevin Mayer, Tom Staggs, Faiza Saeed and Jeff Sagansky about the new era of Hollywood mega-mergers and SPACS. . The panel was part of TheWrap’s TheGrill 2021, which you can learn more about here.

Listen to this week’s “Wrap-Up” below:

“TheWrap-Up” won the Best Hard News Feature award from the L.A. Press Club in 2021 for the segment “The Complexities Black Journalists Face This Week Covering Protests.” It is hosted each week by founder and editor-in-chief Sharon Waxman and assistant managing editor Lawrence Yee. The pair dive into the biggest headlines of the week in the world of movies, television, streaming and tech. Each episode features two deeper dive segments featuring our knowledgeable and talented team of Wrap Pro reporters, offering up their in-depth, expert analysis you won’t hear anywhere else.