The reality TV show “Love After Lockup” is returning to WE tv with six new couples who found love while one of them was in prison. The show follows people as they finally get to meet their felon fiancés and shows what it’s like for them when they take their relationships out into the real world.

In the Season 3 trailer, we get a look at the couples who, at first, all seem excited about their prison romances before things start taking a turn for the worse, but in different ways for each pair. One of those couples is Stan and Lisa, who are most noted for their big age difference. According to People, Stan was searching for love after the 2012 death of his wife.

While most of the romances on the show have only been behind bars, Stan and Lisa actually got to meet in person once before she was sent to prison. The two did meet online like the other couples, but for Stan and Lisa it was through the dating website Seeking Arrangements, which sets up those searching for a sugar daddy/baby. This was in 2017, before Lisa was sent to prison. However, the two eventually reconnected a year and half into Lisa’s sentence and they were apparently able to fall in love all over again while she was incarcerated. Lisa had been sent to prison for the crime of tampering with a motor vehicle, something that doesn’t seem to bother Stan one bit.

Stan's friends think Lisa is after his money 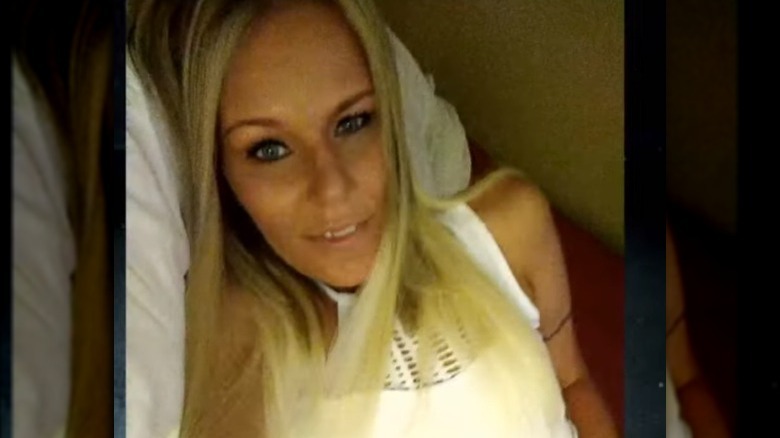 “Love After Lockup” is returning to WE tv with a new cast that includes a retired millionaire. In the sneak peak for Season 3, viewers meet Stan who is an older man who thinks he found true love with inmate Lisa. Stan makes it clear in the preview that he’s wealthy, announcing that his approximate worth is over $2 million. It’s because of this that Stan’s friends worry that Lisa is only using Stan for his money. Yet Stan defends himself against the criticism, telling his friends that Lisa can’t scam too many people now since she’s in jail.

While we don’t see too much of Lisa in the preview, we also learn that Stan is a true romantic after he says he believes “in love at first sight” even if it “doesn’t happen very often.” Stan also makes it clear that he “prefers younger women,” and Lisa certainly meets that qualification. His friends even tease Stan about this and joke that one of them probably dated her grandmother when Stan shows them a photo of Lisa.

Even though Stan seems optimistic about his life with Lisa outside of prison, the trailer shows that things may not work out between the two. Fans will just have to watch and see if these star-crossed lovers will end up together.