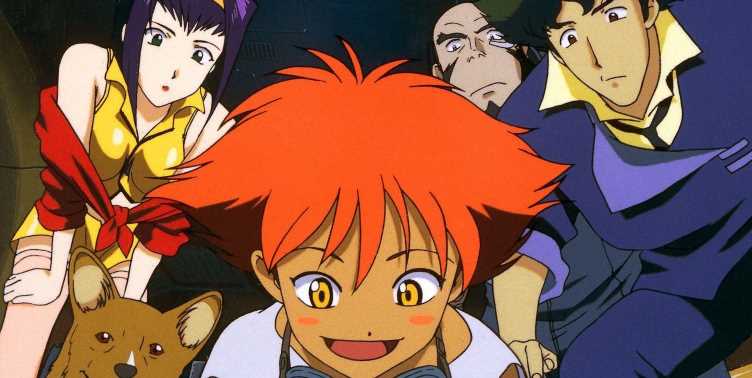 There’s a reason why Netflix’s live-action adaptation of Cowboy Bebop is a very big deal. The original anime series was an absolute game-changer when it was first released, and it has only become more influential over time. Not only did its themes and characters break boundaries when it comes to how anime is used as a form of storytelling, but the original Cowboy Bebop also contributed to the skyrocketing popularity of the genre in the United States.

If you don’t believe me, then you can ask the original voice cast of Cowboy Bebop, who talked with Cosmopolitan about why this show is one of the greatest of all time to this day, how its history has impacted generations, and why right now is the perfect time to watch Cowboy Bebop as it rings in a new era.

Let’s go back to the beginning…

The original Japanese adaptation of Cowboy Bebop first came out in 1998 shortly after it was first released as a manga in 1997. Like many things in the United States, it took us a minute to take notice and it wasn’t until 2000 that Cowboy Bebop was finally licensed by Bandai Entertainment for an English language adaptation.

The original English voice cast then got together and started to record their lines, bringing the iconic series to life in a totally new way. “We’re all actors. You go into the studio, you do your gig, and you say ‘So long and I hope people watch it.’ But with this show, we had the luxury of time. Usually, when we go in and record and dub on a dubbing project, it’s very quick. You have to be in and out in two hours, and you have 60 loops to do,” said Melissa Fahn, who plays Edward. “We got to create a little more and there was a special nuance to it since we were given that little breath to really play with our characters and bring more life into them. Thank God we had that extra time, because look, it stood the test of time.”

“Anime productions don’t have very big budgets. So they push us very, very hard creatively to deliver those lines as fast as you freakin’ can. This show didn’t do that. If we could get that word out to production companies that we love so much, maybe that would make a big difference on many more series to come,” added Faye Valentine’s voice actress Wendee Lee.

To this day, Cowboy Bebop is considered one of the greatest dubbed anime series ever. “It helped us convert some of the fans of subs to the dubs. I still run into some purists out there, but I haven’t heard any criticism of our dub,” said Beau Billingslea, who voices Jet Black.

How was the show introduced in America?

Little did the voice cast know that the show would be kick off something huge: the addition of anime in Cartoon Network’s Adult Swim lineup. As the first anime aired in that late-night block, it introduced the genre to a new audience.

“People are still saying that this is their entry point into anime, after all these years, as they share it with family members and friends who just refuse to watch anime,” noted Steve Blum, who plays Spike. “I hear that over and over again, at conventions all over the world. And that’s amazing for a show that’s over 20 years old to still be that.”

The show’s iconic premise about bounty hunters AKA cowboys running around in space became an instant hit. And years later, the voice cast can’t believe how big it still is. “[We feel] so much pride and thankfulness,” said Beau Billingslea. “If the dub was raggedy, we probably wouldn’t be sitting here now 20 years later.” 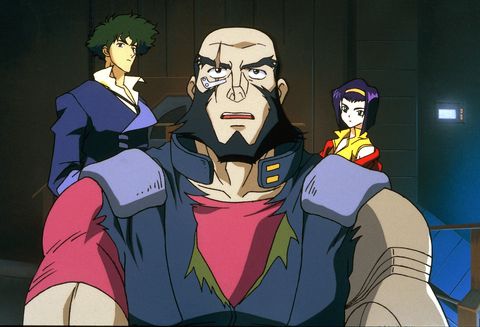 When did it really take off?

The show would continue to have success long after its premiere, even returning for multiple full runs on Adult Swim. Although the voice cast notes that they’re glad to hear their performances helped make it a big hit, they credited the show’s universal story that was ahead of its time in the 1990s and 2000s as a reason it ultimately stood the test of time.

“I thought it was amazingly cool, like the Western, rock-and-roll, cool jazzy appeal that the show had from the beginning. I had no idea it was going to test me as a viewer getting through the material,” Wendee said, pointing out Faye’s encounter with Gren in episodes 12 and 13 of the series as a stand-out. “It challenged me to open my mind even more. I really respect the way that they went for the edginess in the show and that wasn’t purely for shock value. It was intelligent and asked you how you feel about these things and how you respond to them. We have comic relief and there’s silly moments, but really it still challenges the viewer.”

The 2003 film Cowboy Bebop: The Movie is the number 8 highest-grossing anime film of all time and soon after it debuted, the show was licensed by the current anime distributing juggernaut Funimation. The movie, which took place between episodes 22 and 23, still holds a special moment for Steve Blum.

“There was a moment that I really was able to lock into my own vulnerability as a person, and as an actor, in a very quiet moment that I was afraid to. Working on that show transformed me as a person and then [I get] to see that other people were transformed in their own way. Everybody had their own personal experience of this and it’s so incredibly gratifying,” he said. “There’s such a huge sense of responsibility that I feel when we go to conventions to validate people’s feelings about this and how it helped them through hard times. And I think that’s the greatest gift that any actor can get from their work is that they’ve actually helped to lift somebody up as a result of being in one of these rubber rooms, especially 20 years later, and it’s the gift that keeps on giving that it keeps helping people through tough times.” 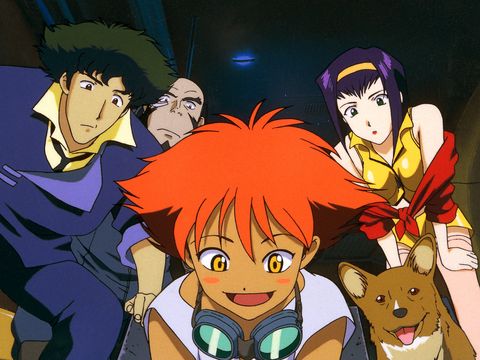 Here’s why you should check it out

Cowboy Bebop is now currently available to stream on Funimation, Hulu, and Netflix, making it one of the most accessible anime titles to watch in the United States no matter what streamer you use.

“Keep an eye out for a very progressive show that was way ahead of its time that had a feminist in the lead female role in the show, who held her own up against a random group of guys,” Windee said. “There’s a ton of nuance. There’s a little bit to be had one bite at a time. And lookout for the details. There’s a lot that sort of peppered into this show that has subtle references that will come together later.”

And now with the live-action series coming out on Netflix, starring John Cho as Spike Spiegel, Mustafa Shakir as Jet Black, and Daniella Pineda as Faye Valentine, there’s no better time to go back to the start.

This should be the obvious answer, but with so many great recommendations out there, you might want to skip ahead. But as Wendee Lee points out, “Look out for the details. There’s a lot that sort of peppered into this show that has subtle references that will come together later.”

“The movie for me had all of the best elements of the entire series in a fast, amazing, wonderful way. I think if somebody really didn’t have the patience to watch all 26 episodes, I would say watch the movie just get a flavor for it, then go back and start over,” says Steve Blum.

“We usually get asked ‘What’s your favorite?’ and we all go to Mushroom Samba,” says Wendee Lee. The episode follows the gang as they have a very interesting experience with hallucinogenic mushrooms. Ed, who is the only one who doesn’t have any, suddenly finds herself tracking down the bounty-head with loyal corgi Ein by her side.

“The thing I would say in terms of Spike, I knew that there were so many places to go from the original. But I knew that the cathedral sequence was coming,” John says. The episode follows Spike as his past starts to catch up to him when a very interesting bounty.

“That’s lowkey, my favorite episode. when I saw that episode, I was like, ‘What?!’ There was something about it that was just next level cool.” The episode follows Spike as he comes face-to-face with an assassin named Le Fou after witnessing him kill somebody. The only problem is that no one has ever encountered him and lived to tell the tale.

“Even if I wasn’t a part of this, I think Faye would naturally be my favorite character. I think that her origin story in the anime is so interesting and different. Even though the show was made in 1998, Faye is such a contemporary antihero in the best way.” The episode follows Faye as her world turns upside down thanks to a mysterious package that arrives for her.

Remember all those pieces connecting? This episode starts to put it all together in the best way possible. And just when you thought that the Bebop trio was your favorite matchup in the entire series, a special chance encounter brings together two characters in an epic way.

Most shows have frustrating finales nowadays, but Cowboy Bebop doesn’t waste a second of its final episode. There’s a reason why it’s a fan favorite with a whooping 9.5/10 stars rating on IMDB, making it the highest-rated episode of the entire series.