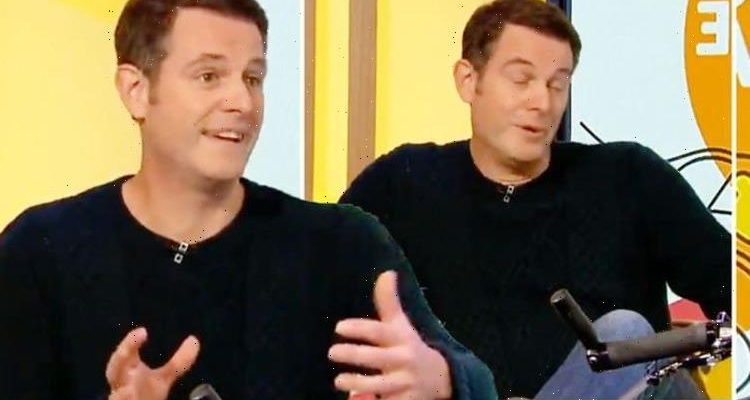 Matt Baker joined Alex Scott and Jermaine Jenas on Monday’s The One Show as the presenter returned to the BBC studio for the very first time since he left his role of host last year. Since departing, Matt has gone on to star in his own Channel 4 series, Our Farm in the Dales with his family, while One Show regular Alex Jones has welcomed Ronan Keating and Jermaine as his permanent replacements. However, as he made a rare reappearance on the programme to discuss this year’s Rickshaw Challenge for Children in Need as well as his farming series, some fans didn’t want him to leave.

Matt and fellow guest Rob Beckett both appeared on The One Show in person following a year of video calls as a result of social distancing guidelines.

As such, Matt took his position in the Children in Need rickshaw to reveal all the details of this year’s fundraising challenge to Jermaine and Alex.

However, while many diehard fans were pleased to see Matt back, a number called for him to return permanently over a year on from his exit.

Ian harshly put it on Twitter: “Come back Matt, all is forgiven! These two muppets can’t present for toffee! #TheOneShow.”

@WendySm16506738 added: “#TheOneShow Suddenly feel calmer now that Matt Baker arrived. There’s something a bit too ‘full on’ about the current presenters.

“I’m not ready for that after a day’s work. Cackling laughter, talking over each other, cheap endless plugs about books.”

Scott echoed: “@BBCTheOneShow Welcome back Matt Baker, great to see him return to the show again.”

However, it looks like Matt will be staying put away from The One Show studio as he and his family continue to work on their farm in the second series of their More4 show which returns on Monday evening.