Before the Queer Eye star took off his mask, judge Jenny McCarthy was slammed for making the “embarrassing” prediction that the contestant was Jake Gyllenhaal – which ended up being far off. 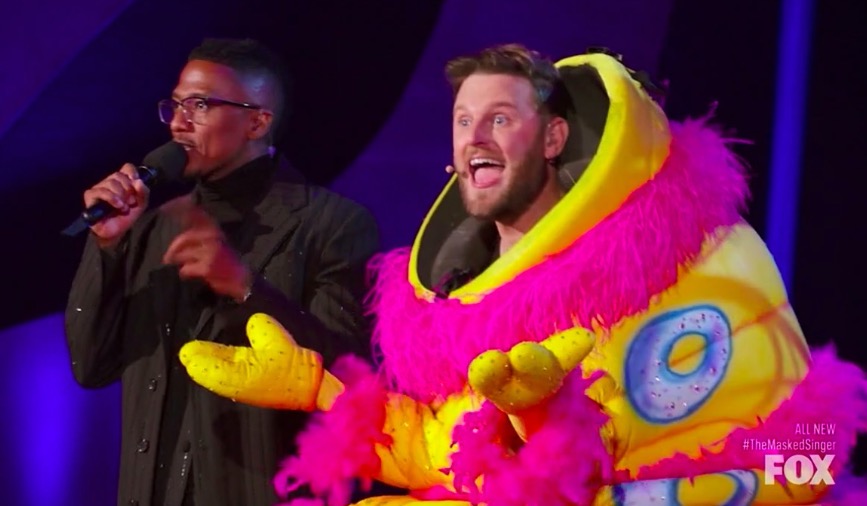 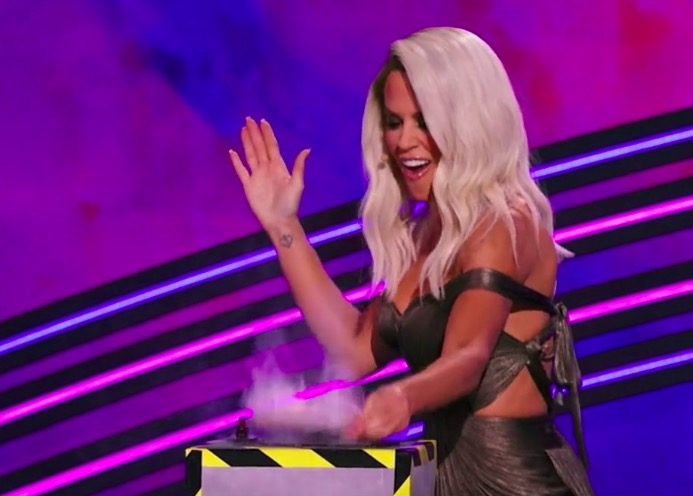 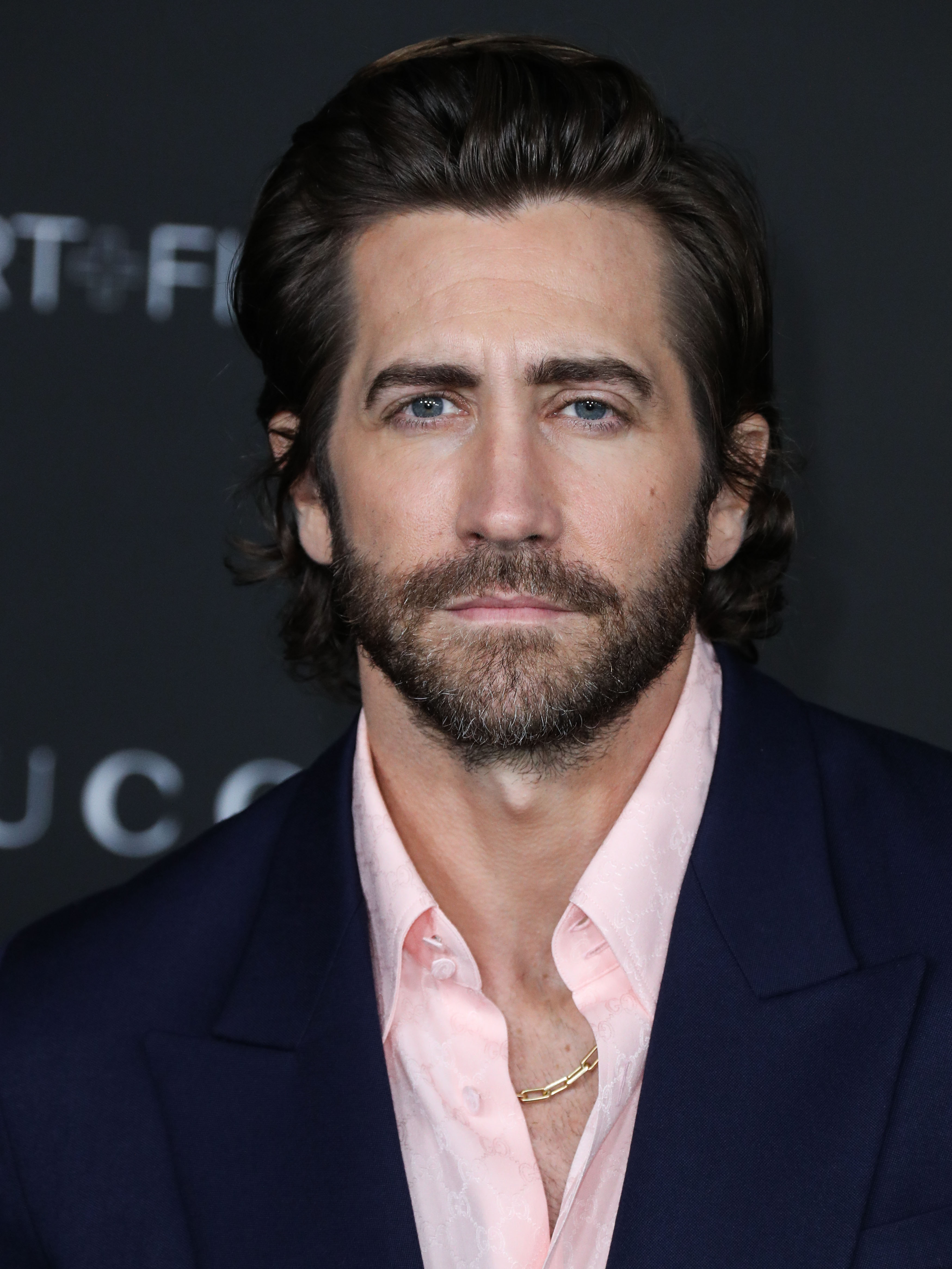 On tonight’s Group B semi-finals, the fuzzy little bug belted out the Garth Brooks classic, Friends In Low Places.

This season for the first time ever, the show debuted the Take It Off Buzzer – which could only be used once for the whole season.

In order to press the buzzer, the judge had to be 100% certain they know who the person under the mask is and if the panelist is right, the singer had to take their mask off immediately on stage.

If the judge was correct in their prediction, the contestant would be sent home on the spot.

While Jenny, 49, was “completely confident” the performer was Jake, 40, and used her ONE chance at the buzzer, the guess ended up being far off.

Fans slammed her for the wrong assumption, with one writing: "What are these judges smoking???

"No offense to the show but current trendy superstars are not under a mask!!! Sia? Garth Brooke, Jake, etc? NO!"

Another tweeted: "That was clearly not Jake Gyllenhaal. They must be told to give a bad answer when using that buzzer."

One more agreed, saying: "Jenny is insane! That was definitely not Jake Gyllenhaal!!! Embarrassing guess and a waste of the buzzer."

The songwriter took aim at a former lover of hers with scathing lyrics throughout the record – which many people insist are about her 2011 romance with Jake.

Most famously, she fired off a furious insult in the highly-anticipated 10 minute version of what is widely considered her magnum opus, All Too Well (Taylor's Version.)

"And I was never good at telling jokes but the punch line goes… I'll get older but your lovers stay my age," she sings in the fan-favorite track.

Later in the episode, it was revealed that the Caterpillar would be one of two contestants sent home in a shocking double elimination ahead of next week’s finale.

Attempting to make her second stab at a guess more accurate, Jenny switched to insisting the Caterpillar was movie star Owen Wilson.

However, when host Nick Cannon saw who was under the mask, he exclaimed the contestant “fooled them all,” referring to the judges.

“We can add the title of ‘singer’ to your long list of accomplishments,” Nick gushed.

Winners of the Masked Singer 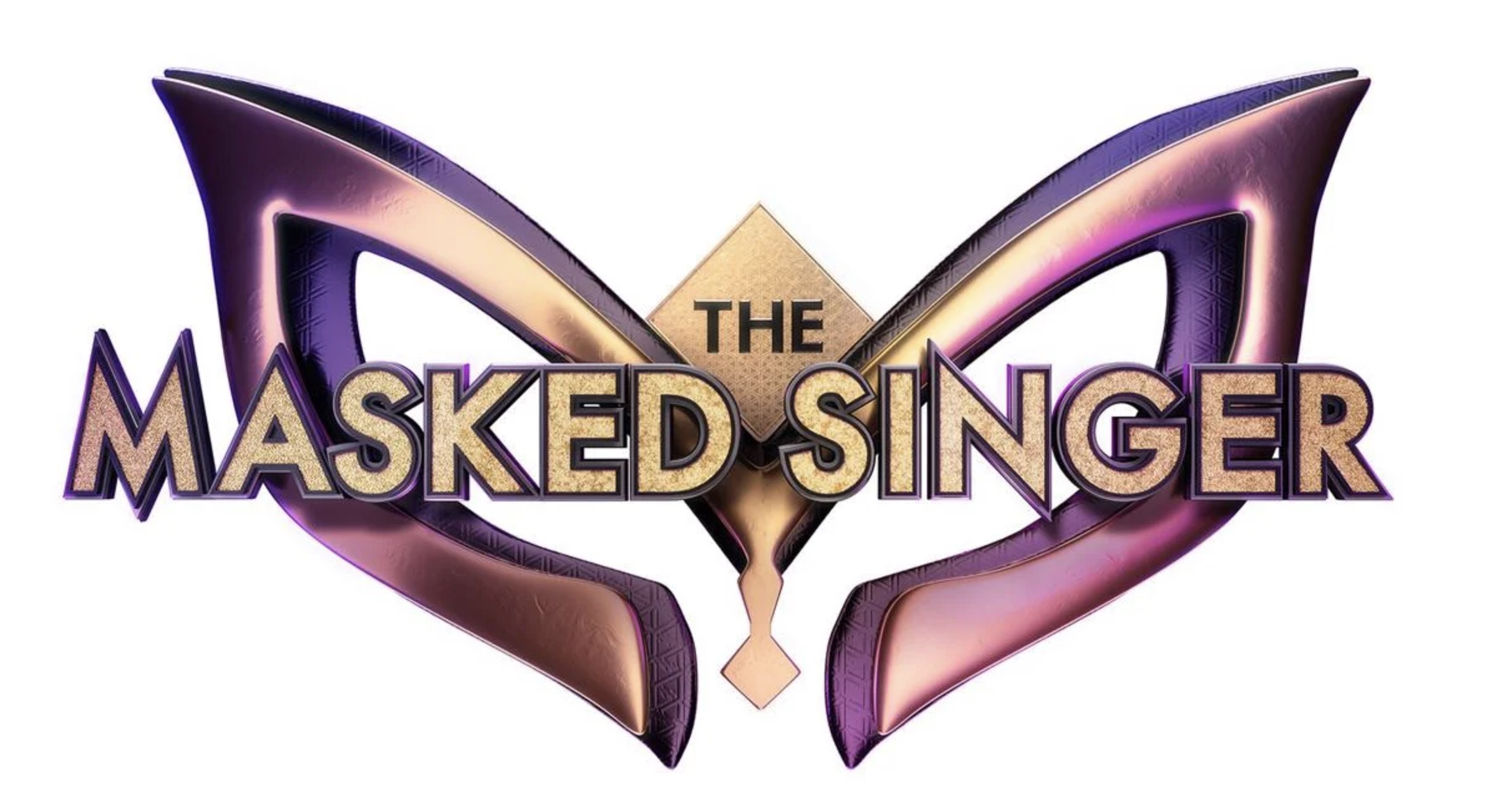 The Masked Singer is a reality series that airs on Fox. Celebrities dress in costume and perform in front of a panel of judges. The singers give the audience clues on who they are. The show premiered in 2019.

Jenny added to the compliments, saying: “I can’t believe this, your voice is incredible!”

As his last day as the Caterpillar, the entertainer said on stage to the judges: “Thank you guys for going out in the world and entertaining people.

“More than ever, we need amazing people like you that make us smile. No many how stupid some of the things you guys say are.”

Also on tonight’s Masked Singer, The Mallard was voted off in the double elimination and was revealed to be Duck Dynasty's Willie Roberston.

As their final guesses, Nicole picked Dog The Bounty Hunter while Ken said it was Billy Ray Cyrus.

Willie, 49, said he thought the panel's picks were "hilarious" as most of those guesses were his friends – who he knows will "lose it" when they watch the episode. 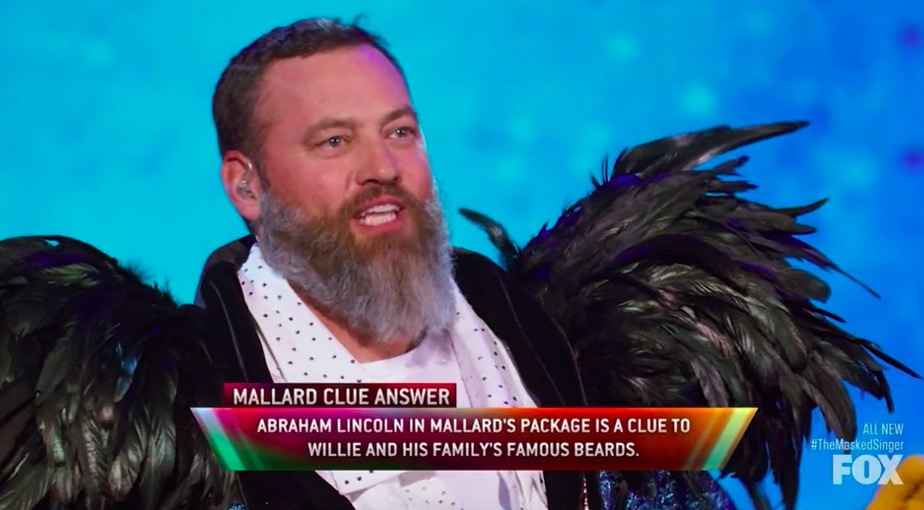 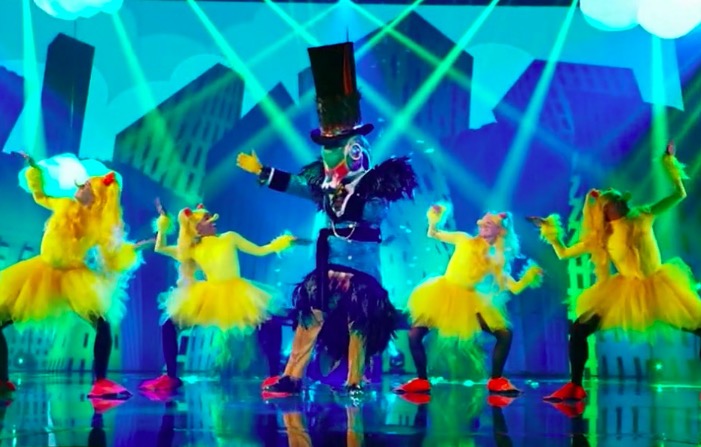 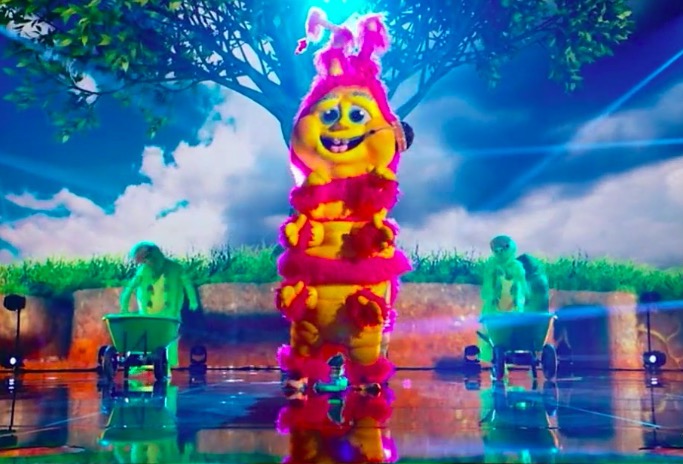 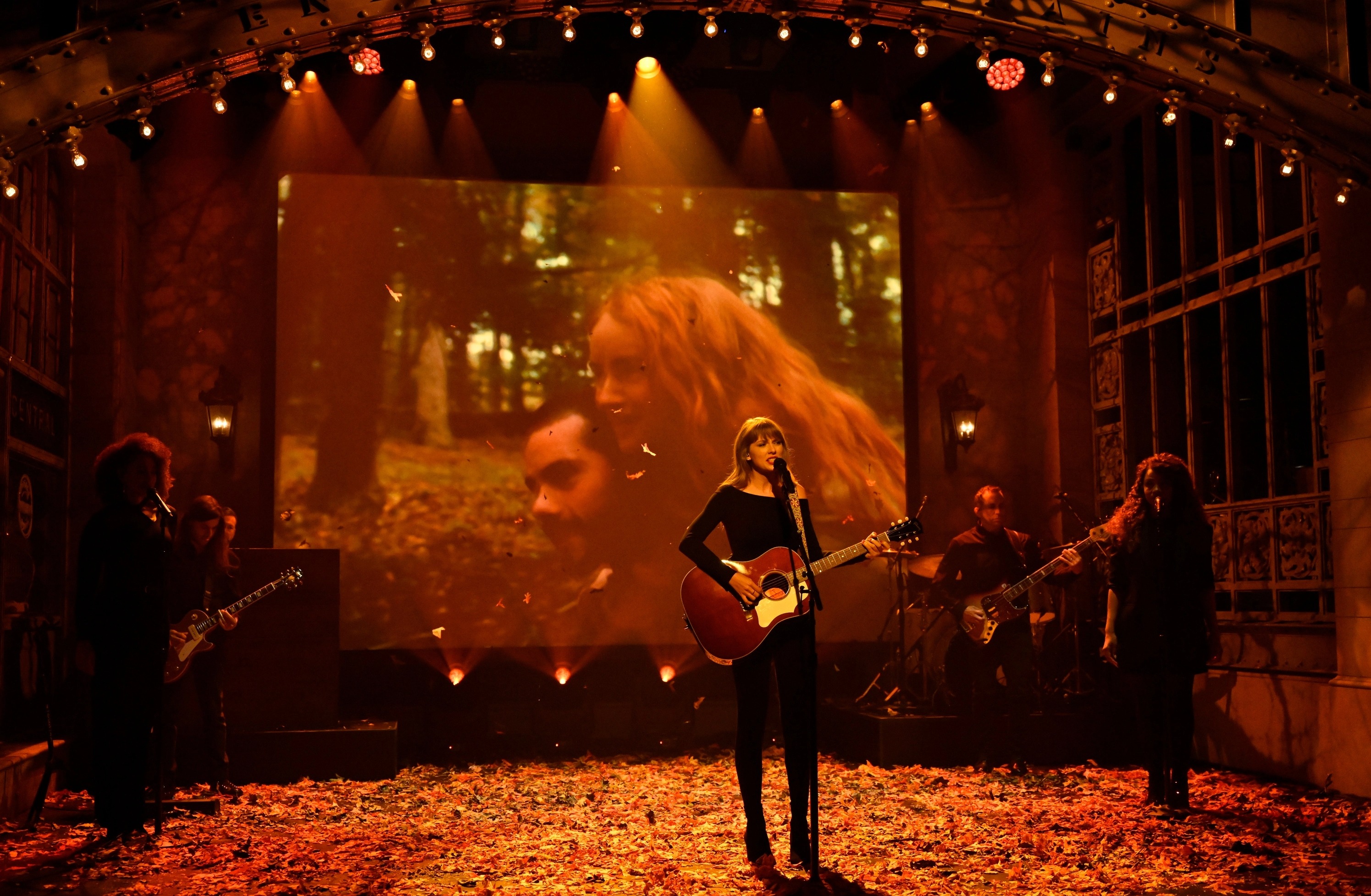