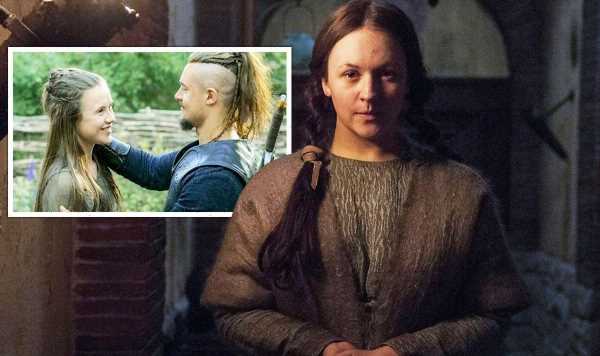 Alexander Dreymon thanks fans as The Last Kingdom wraps

Eliza Butterworth is best known for portraying Aelswith, the Queen of Wessex, in the Netflix drama The Last Kingdom. Her story will soon be coming to an end after embodying the role for the past five years, and the English TV star has been reminiscing about her time on the series in her latest insightful post on Instagram.

The Last Kingdom regular shared a sweet and humorous look from the set of the historical series to commemorate its final season.

After being acquired by Netflix in 2018, the medieval epic has fast become one of the online streamer’s most popular brands.

Season five brought the enthralling tale of Uhtred of Bebbanburg (played by Alexander Dreymon) to a satisfying close, though there is still one more chapter to come in the form of an upcoming feature film.

In the meantime, Eliza has been regaling her 242k followers with some funny videos of herself and the cast from behind the scenes.

Her latest post reads: “Blooming love this lot. Reminiscing over memories with this familia.”

She went on to tag her co-stars who appear in the clips, including Mark Rowley, Ruby Hartley, Timothy Innes and Alexander.

One clip features Eliza egging Mark and Father Pyrlig star Cavan Clerkin on as they engage in some light swordplay.

Eliza also filmed the cast giving a rounding performance of Happy Birthday, while another features members of the core cast taking a snack break decked out in full armour.

A number of cast members replied in the comments, including Ruby who said: “Ohhhhhh lushhhnesssss.”

The Last Kingdom’s legion of fans have clearly been missing the series, as they also took to the comments in appreciation for the cast.

@jetskimarie wrote: “I love this series. I recently tracked my lineage to King Alfred and Queen Aelswith!”

“I was beyond excited and am eager to learn more about them!”

And @jocabed1 said: “Thank you for sharing! Love seeing the behind the scenes fun!”

While @nightxpixie added a winky face and teased: “You know another season wouldn’t hurt.” (Sic)

Although the core series has sadly come to an end, subscribers hopefully won’t have to wait long for another, final glimpse at the world of The Last Kingdom.

Both Eliza, Alexander and much of the main cast are confirmed to be returning for Seven Kings Must Die, a Netflix feature film set to put a cap on the entire series.

The two-hour follow-up wrapped filming earlier this year and is hoped to be released before the end of the year or in early 2023.

The Last Kingdom seasons 1-5 are available to stream on Netflix.