Warning: This recap contains spoilers from episode 2 of Disney+/Marvel’s The Falcon and the Winter Soldier, “The Star-Spangled Man” 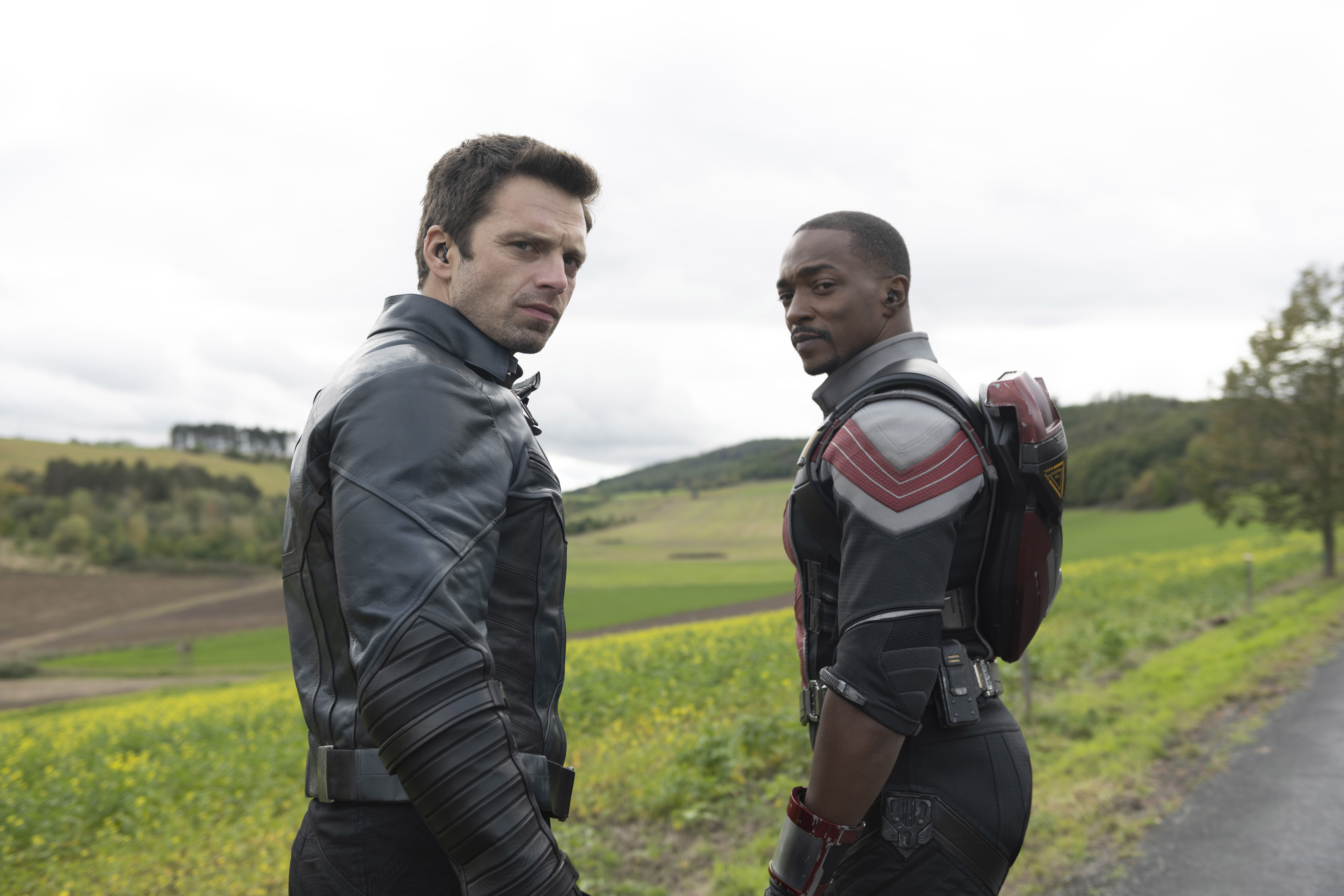 Walker really seems like a good guy, has a good heart, is a counter-terrorism vet, wields the shield with grace, and an all-American high school football hero. He really wants to help out, and joins unexpectedly Sam and Bucky, along with new sidekick Lemar Hoskins (aka Battlestar played by Cle Bennett) in Munich as they fight the post-Blip world’s new enemy The Flag-Smashers who’ve just lifted two 18-wheeler loads of superhero serum.

Heck, Walker is so nice, he even springs Bucky from jail later in the episode. Battlestar and him want to team up with Sam and Bucky, and can’t afford to work without them.

Walker, despite self-doubting at the onset of the episode –“how did a guy like me, wind up here?”–doesn’t seem that far off from Steve Rogers.

And though Walker may not be a bad dude, it’s clear that together, Sam and Bucky do not see eye-to-eye with him. He’s an all-government protocol guy; Sam and Bucky are free agents.

Walker’s resolve to them: “Stay the hell out of my way.”

Some other takeaways from episode 2 which dropped in the middle of the night include:

–The introduction of Isiah Bradley, the Black Captain America. Bucky takes Sam to meet him in Baltimore in an effort to convince Falcon to take Captain America’s soldier back. But Isiah is just full of a lot of cynicism, and anger. He was falsely imprisoned for 30 years with people testing his superhero serumed blood. Isiah, overall, wasn’t happy to see the duo and distrusts former Hydra guy Bucky. Bucky was looking to introduce Sam to a strong mentor. The meeting didn’t go down that way, in fact it wound up with Sam being stopped by the cops on the streets for being Black, and Bucky getting arrested as there is a warrant out for him.

–We also get to see more of Karli Morgenthau, the leader, if not prominent member of the Flag-Smashers. Bucky, Sam, Battlestar and Walker are no match for her and her gang. The Flag-smashers easily defeat the foursome in Munich, and their trucks role on to Slovakia with their lift of super hero serum. Interestingly enough, the Flag-smashers don’t seem like bad people, perhaps misunderstood. Their motto: “One world, one people.” But then again, that motto can be interpreted in a whole other Trumpian way…

By the end of the episode, U.S. government agents have tracked down Karli and the gang in Slovakia. Her team safely gets away as she leaves one of her soldiers behind who holds off a string of agent vehicles by toppling a telephone pole. She sheds a tear for him.

However, back in the U.S., Walker doesn’t have any leads as to where the Flag-smashers are headed in Europe. Sam and Bucky figure that prime Hydra guy Zemo would definitely have an idea.

And in what is set up for what looks to be a Dr. Hannibal-like meet-up, the episode closes with a shot of Daniel Bruhl’s Zemo in a German jail.

What we await in subsequent episodes is how Sam obtains Captain’s shield back. Does he fight Walker for it? Or is Walker such a nice guy that he’ll easily hand it over?