Bradley, 58, welcomed four new contestants on this evening’s edition of The Chase who were all hoping to beat the Chaser and walk away with the jackpot prize.

Lennie, 33, Tim, 46, Alison, 55, and Matthew, 20, were the contestants who faced today’s Chaser, Shaun Wallace, also known as The Dark Destroyer.

Lennie and Tim got the team off to a good start bringing back £4,000 and £3,000 respectively to the table but the third contestant didn’t have as much luck.

Unfortunately for Alison she was beaten by Shaun during a head-to-head leaving the remaining team members’ hopes of adding to the jackpot in the hands of Matthew.

During the cash builder round, Matthew earned a respectable £3,000 but when he was introduced to The Dark Destroyer he decided to greet him in an unexpected way.

As Shaun walked out and took his seat, Matthew remarked: “Hello, gorgeous,” leaving the Chaser speechless.

However Matthew wasn’t finished joking around and continued: “You look different in person, have you done something different to you hair?” to which Bradley joked: “He’s left it at home.”

Far from impressed, Shaun warned: “You’re going to pay for this,” before Bradley continued on with the ITV quiz show.

Ignoring advice from this team members, Matthew took the lower offer of minus £1,000 before making it back to the table for the final.

However the team achieved 16 correct answers with four failed opportunities to push back and so were beaten by the Chaser with 18 seconds to spare.

Congratulating Matthew’s performance on the show Shaun remarked: “Tremendous effort in the final,” to which Matthew joked: “Cheers, gorgeous.” 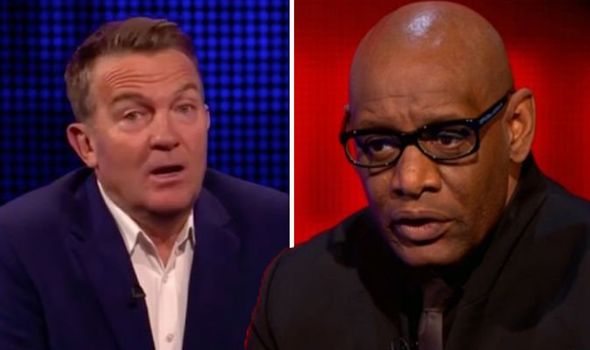 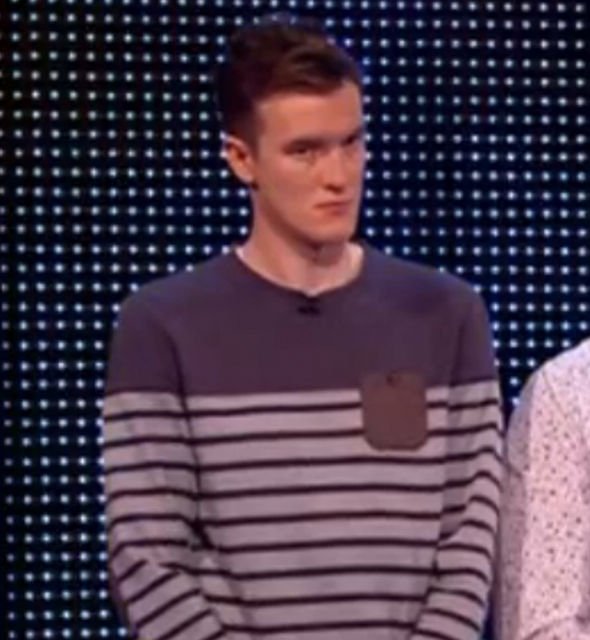 Earlier in the week, Bradley Walsh collapsed over a contestant’s unusual answer to a question during a head-to-head round with Chaser Mark Labbett.

Contestant, Fiona earned a disappointed £2,000 during the cash builder round before she faced the Chaser in hopes to make it back to the table for the final round.

But there was one particular question that caused Bradley to break down laughing and collapse on the the Chaser table.

The presenter asked: “In American cuisine, what type of food is a ‘bear claw’?” before reading out the three options Fiona could chose from.

The options were “A filled pastry,” “A chocolate bar,” and “A hot dog with five sausages,” and the final one tickled Bradley, causing him to burst out laughing. 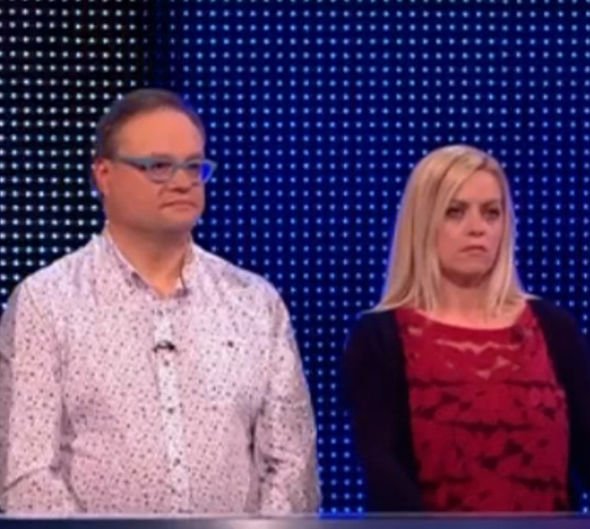 As Bradley held his head in his hand unable to control his fit of giggles, Mark confessed: “I don’t know but I want C now!”

As the pair joked around imagining what the unusually-named treat would look like, Bradley said: “That’s very funny, I bet that looks great.”

Then, when Fiona revealed her answer to be option C, Bradley collapsed on to the table and couldn’t control his laugher once again.

Finally regaining composure, the presenter revealed that the correct answer was actually “A filled pastry,” before carrying on with the show.