Fan-favourite quiz show The Chase has made several contestants winners and Express.co.uk spoke to one former play who left the show with a whopping £6,500 after her team beat Jenny Ryan.

Speaking exclusively, Dorinda Balchin from Swindon discussed her experience, meeting host Bradley Walsh and revealed the rules contestants had to follow when on set.

The show aims to film three episodes a day and each one roughly takes an hour and half to complete, but what happens if a player needs to take a toilet or dink break?

“It’s not allowed to happen,” Dorinda began. “Before you go into the studio they go through all the rules with you; there’s no drinks breaks, no toilet breaks.

“They like to film an episode in about an hour and a half, including those breaks when they’re moving the podium touching up your makeup and stuff like that.

“So, you go to the toilet before you go into the studio and that’s it,” she clarified.

As for what the money she won, Dorinda explained: “ The filming was actually in July last year and you get the money in a direct bank transfer within a couple of months.

“I actually had the money in my bank account before the episode went out [on television].”

Winning such a considerable amount of money, she continued by revealing what she had spent the prize fund on.

“It’s not been spent yet, but it’s going towards one of my hobbies, which is I like photography, I love wildlife so I’m going to be going on a wildlife photo safari in Tanzania hopefully. 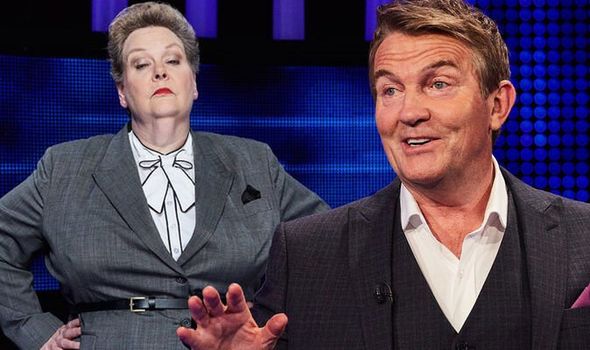 “It’s not booked, I’m going with a specific photographer and so 2021 is the earliest I can go on the Africa trip. It’s pencilled in but not booked.”

It comes after a show which aired earlier this week when Bradley was kissed by a contestant.

After beating Anne ‘The Governess’ Hegerty, Kathy was seen by viewers jumping up and down in utter joy.

She then turned to Bradley for a congratulatory hug when she decided to lean in for a kiss, which left him speechless. 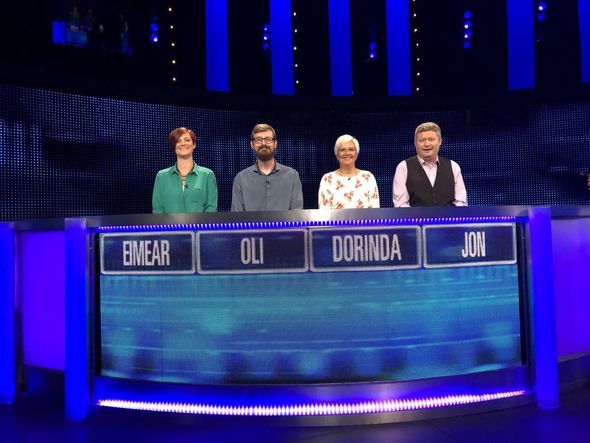 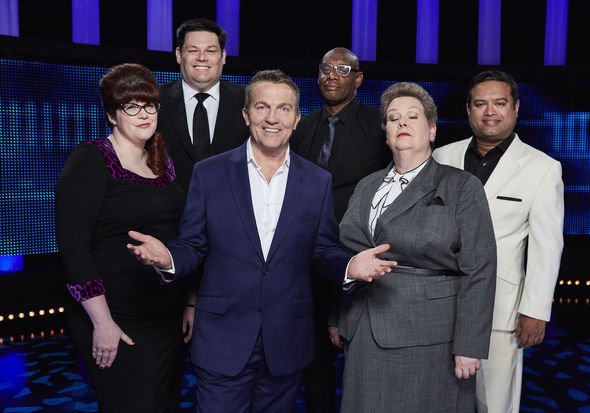 Dorinda is a self-published author who has three books to her name.

Speaking about her most successful work, she said: “The one that has one particularly well was published in 2012 and is called Heron Field.”

Discussing the plot, Dorinda explained: “It’s based in the Second World War, Heron Field is a manor house which has been taken over as a convalescent home and it’s the basis for a number of characters who work for SOE behind the lines in France.

“It’s about the war for them and also the interaction between people.”

You can read all about Dorinda’s work on her website here.

The Chase airs weeknights at 5pm on ITV.