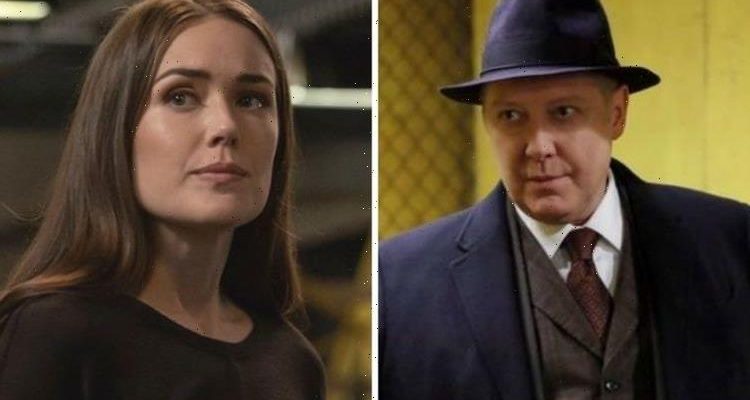 After a shocking season finale, The Blacklist returned to NBC in October for another instalment of Raymond ‘Red’ Reddington (played by James Spader) and the Taskforce. However, a major plot hole from season one caught the attention of viewers.

After watching season one’s episode titled Berlin: Conclusion, a fan who spotted the error exposed it on moviemistakes.com.

They wrote: “At the end of this episode Red takes off his shirt revealing his burned back, which leaves us to think that he might be Elizabeth’s dad.

“However, this particular mark should have been noticed and written down in Red’s prisoner file when he was taken into custody the first time (Episode 1),” they explained.

The viewer concluded: “In that case, Elizabeth would already know that Red is burned and could have asked some questions about it.”

This is a major plot hole as it calls into question Red’s real identity, which contradicts what viewers have been led to believe.

His burn marks on his back could be the result of an infamous fire which occurred when Elizabeth ‘Liz’ Keen (Megan Boone) was young.

The mysterious blaze occurred when Liz shot and killed her father after he got into a fight with her mother Katarina Rostova (Lotte Verbeek) who had arrived to pick her up.

Liz was sent to live with her adoptive father Sam Scott (William Sadler), while her mother went into hiding.

Liz’s father was the original Red and because nobody knew he had died, Katarina was able to create the new Red, which fans know today.

While the burns on the back could hint at Red being Liz’s father, it wasn’t noted in his prisoner file when he was taken into custody in episode one.

As a criminal mastermind, Red was number four on the list of the FBI’s most wanted fugitives.

However, after evading the police for over 20 years he suddenly turned himself in at the police station.

Other fans believed Red’s real identity was Ilya Koslov (Brett Cullen) after he devised a plan to take his identity to gain access to the money the Cabal placed in his name to frame him for treason.

However, fans debunked this after failing to understand why he would also get the scars on his back, when he only needed to change his face to fool the banks.

It was revealed Katarina and Ilya had created a Red to protect Liz, while her mother was still in hiding.

This revelation explained why Red was so insistent on only working with Liz when he first showed up at the police station in season one.

After his identity was confirmed, he was willing to cooperate with the FBI and help them catch Ranko Zamani, a dangerous terrorist who was assumed to be dead.

However, it was under the condition he would only speak to Liz, which confused people as she was still a rookie.

With the return of season nine, hopefully, fans will finally gain some insight into Red’s true identity.