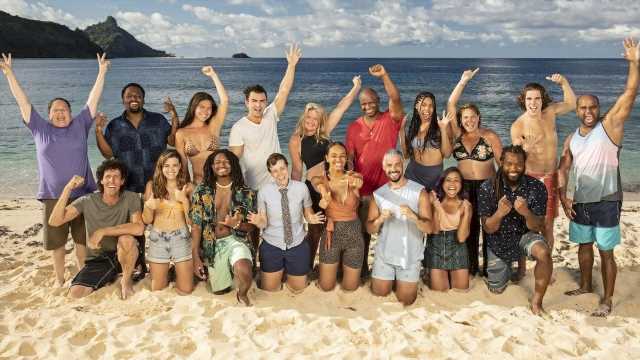 Survivor is gearing up for its 41st season in Fiji!

On Monday, CBS revealed the 18 new castaways that will compete on the next edition of the Emmy Award-winning series, which the network describes as “a bold new era.”

“As the thrilling competition begins on the beautiful islands of Fiji, 18 determined castaways will be divided into three tribes of six to face a faster, more intense and more dangerous season than ever before,” a press release states. “The unpredictable, accelerated pace will test even the strongest super-fan, as supplies are minimal, reward challenges are scarce, and players find themselves faced with advantages that could significantly help their game or, just as easily, extinguish their torch.”

In anticipation of the all-new season, CBS also revealed that for the first time in series history, host Jeff Probst will take viewers inside the action and address the audience directly. The show is introducing a second screen “Game within the Game” interactive experience, designed just for junior fans.

Plus, expect some “exciting fresh elements” that will intensify the battle for $1 million and the title of Sole Survivor.

“I cannot remember a time when I’ve been this excited to launch a new season of Survivor,” Probst says in a statement. “Survivor 41 features a really likable group of savvy Survivor players and they are in for the most intense, most difficult and most dangerous season we’ve ever done. We know we have the most loyal fans of any show on television, and we are pumped to bring them a new, exciting season of Survivor!”

Survivor returns to CBS with a two-hour premiere on Wednesday, Sept. 22. The series is also available to stream live and on demand on the CBS app and Paramount+.