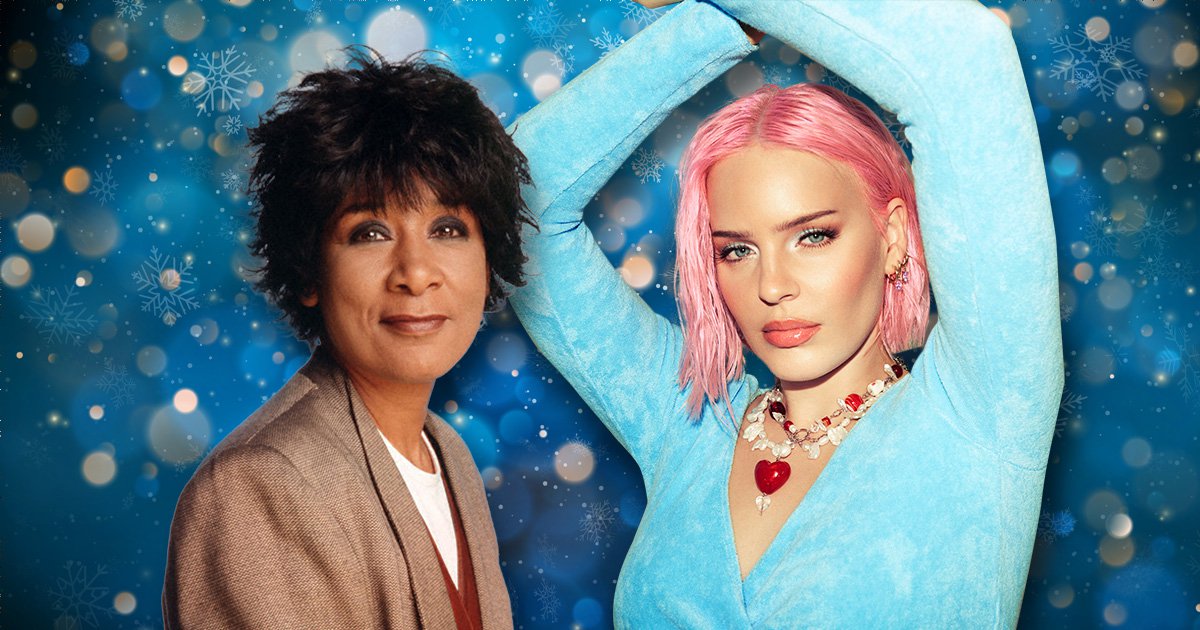 The fourth and fifth celebrities have been confirmed for Strictly Come Dancing’s Christmas special as Anne-Marie and Moira Stuart sign up.

Broadcaster Moira, 72, and singer Anne-Marie, 30, will join former Bake Off host Mel Giedroyc, The Repair Shop’s Jay Blades and Fred Sirieix from First Dates for the festive special of the dancing competition.

Moira, who is a multi-award winning newsreader who spent over 40 years at the BBC, can not wait to get stuck in on the dancefloor with partner Aljaz Skorjanec.

She revealed: ‘I’m really looking forward to the Strictly Christmas special. I’ve loved dancing for as long as I can remember. In fact it even helped me try to keep warm in my early coldwater flat…’

As well as Moira, Anne-Marie was also revealed to be joining the Christmas special on Strictly: It Takes Two on Thursday.

The nine-time Brit Award nominee will be dancing with Graziano Di Prima – and the prospect of whirling around the dance floor with the suave professional was enough to get Anne-Marie to sign up.

She joked: ‘I’m excited to take part in the Strictly Christmas special. I love the show, and who would turn down a dance with Graziano?!’

Six celebrity contestants in total will take part in the programme, which will air on Christmas Day, with the final competition yet to be announced.

They will have to perform a festive routine to impress judges Craig Revel Horwood, Motsi Mabuse, Anton Du Beke and head judge Shirley Ballas, as well as the voting audience, to be crowned Christmas champion.

The Strictly Come Dancing Christmas Special will air on BBC One on Christmas Day.