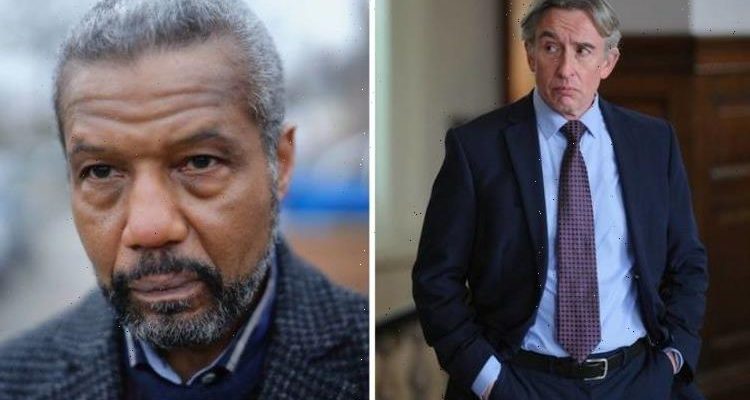 Stephen showed its first of three episodes on Monday, August 30, on ITV. The drama stars the likes of Steve Coogan, Sharlene White and Hugh Quarshie who originally played the victim’s dad Neville in the TV movie The Murder of Stephen Lawrence. He reprised his role once more to highlight what went on when his son’s killers still remained at large with no convictions in sight.

Stephen Lawrence was murdered in a racially motivated attack while waiting for a bus in Eltham back in 1993.

He was just 18-years-old at the time of his death, leaving his mum, dad, brother and sister devastated.

ITV released a TV movie in 1999 which showed the events leading up to his death, during and the aftermath.

Stephen will continue this story but is going to delve further into the future.

The upcoming ITV drama will be set in 2006, 13 years after the events of Stephen’s death.

Despite Doreen and Neville knowing who murdered their son, the original investigation failed in convicting them.

Stephen takes place six years after the inquiry and follows DCI Clive Driscoll’s (played by Steve Coogan) actions in eventually getting two of the gang members sent to prison for murder.

Sadly, Doreen and Neville divorced sometime after Stephen was killed.

While both of Stephen’s parents are focused on in the drama, portrayed by Sharlene White and Hugh Quarshie, the issues around their marriage weren’t touched on.

In order to explain how they had grown apart, actor Quarshie chose to keep away from White while on set.

Quarshie explained to the press, including Express.co.uk: “I think Frank and Joe [Cottrell Boyce] showed a great sensitivity, admirable, in not focusing on the separation of Neville and Doreen.

And to some extent, that was mirrored on set, because, I didn’t go full Daniel Day-Lewis but I didn’t speak very much to Sharlene.”

“But there was a point to it, there was a kind of professional distance that needed to be kept.

“I hope that the story of their relationship is told in pictures rather than words.

“We show it rather than tell it.”

Two of the gang members involved in murdering Stephen were found guilty on January 3, 2012.

Gary Dobson and David Norris were sentenced to detention at Her Majesty’s Pleasure, the equivalent of a life sentence for an adult.

Dobson was given a minimum sentence of 15 years and two months, while Norris had 14 years and three months.