STACEY Dooley ditched the make-up as she made her way to appear on The Andrew Marr Show today.

The Strictly Come Dancing champion embraced her natural beauty, as she went without any cosmetic products, and pulled her hair up in a bun for her early morning appearance. 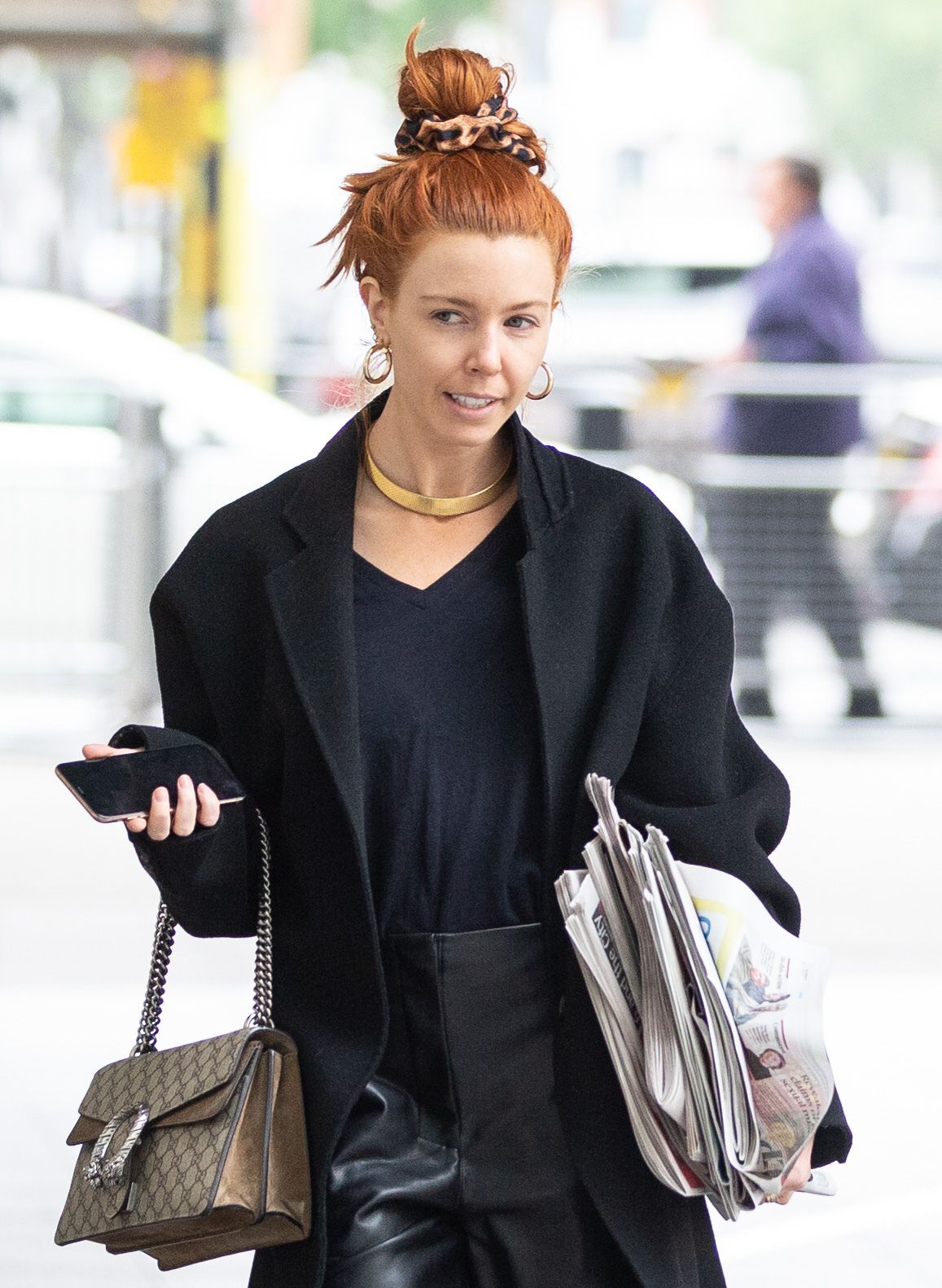 The presenter opted for an all-black ensemble for her outing.

She accessorised her outfit with a leopard print hair band, gold necklace and her signature gold hoop earrings.

Stacey jazzed up her outfit with a Gucci Dionysus shoulder bag, which retails for over £1,100. 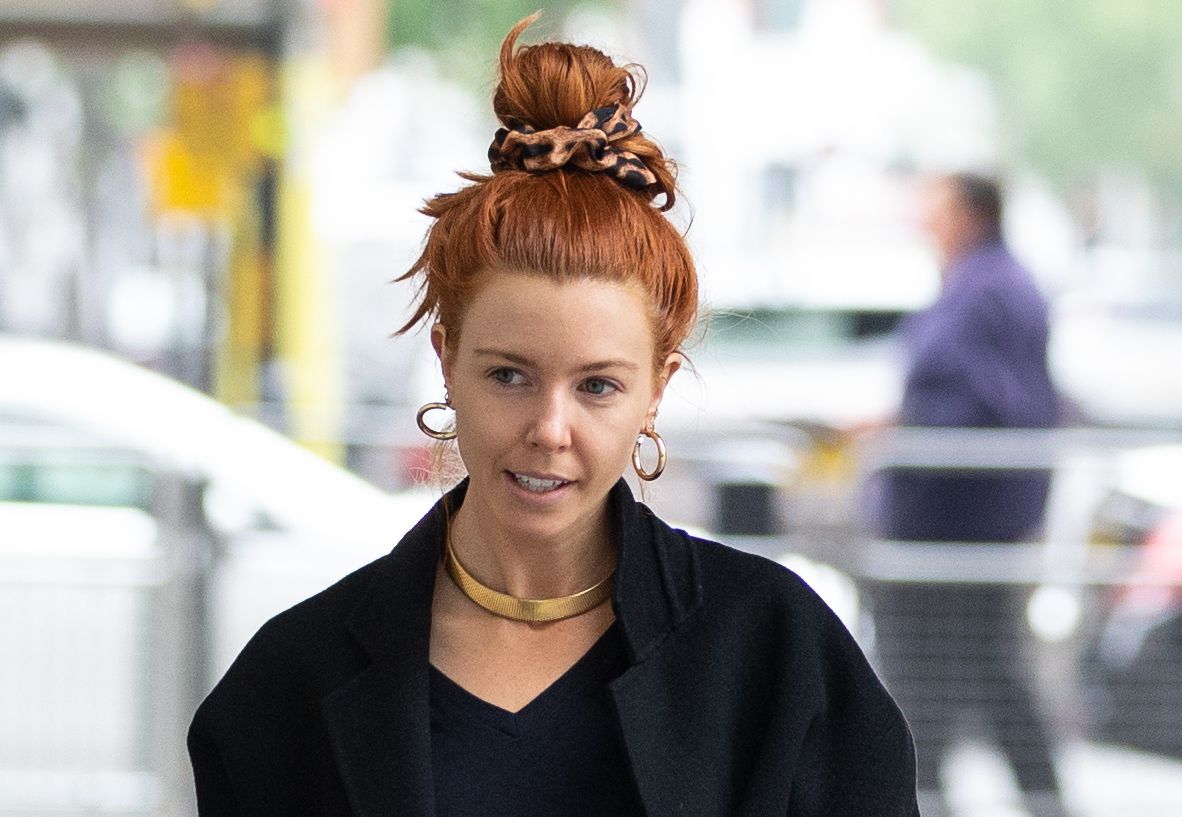 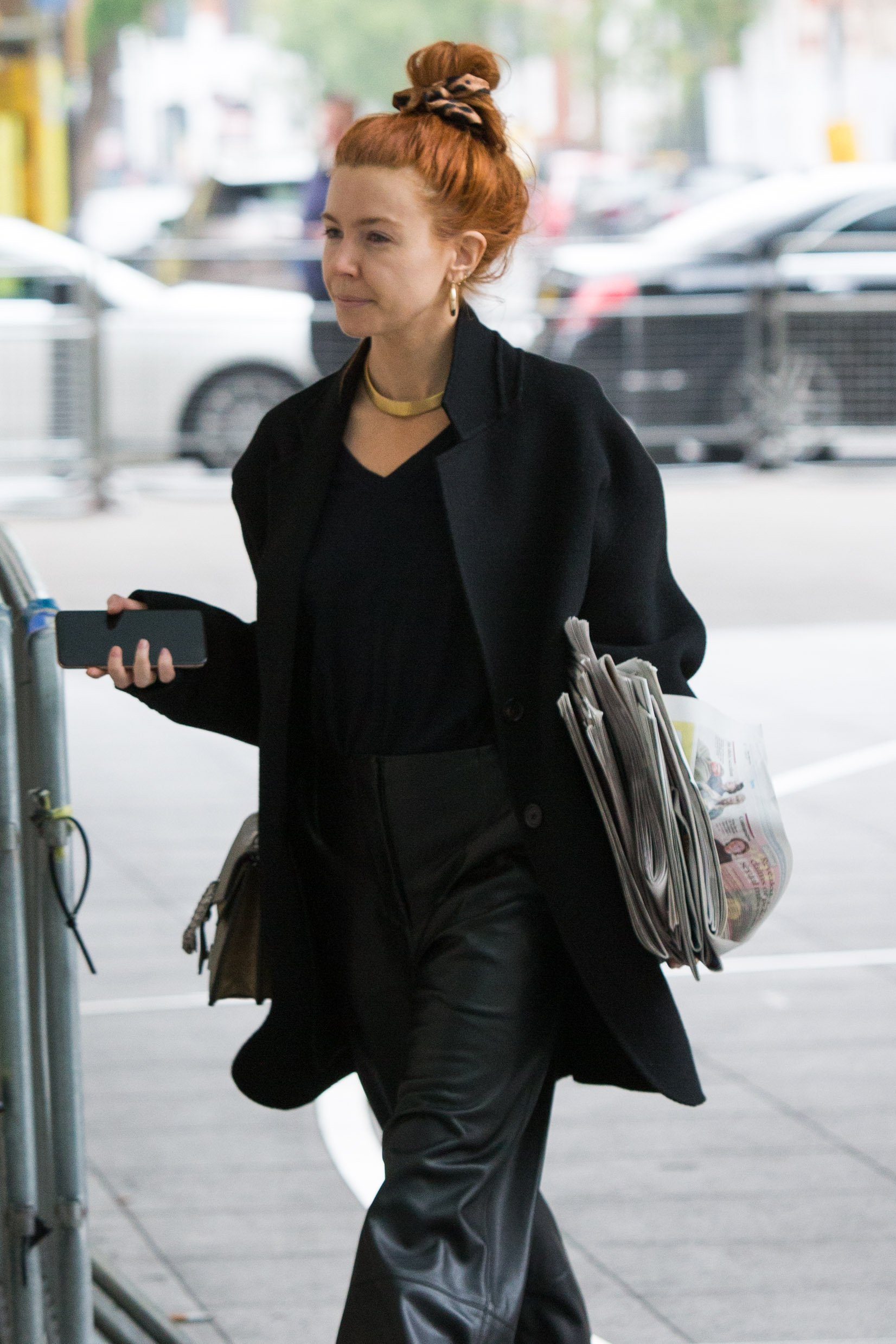 Stacey also clutched a heap of newspapers as she made her way to the studio.

The 32 year old has sparked speculation she could be engaged to boyfriend – who was her professional dance partner on the BBC One latin and ballroom competition – Kevin Clifton, as she was recently pictured with a ring on her engagement ring finger.

Stacey and Kevin me ton the 2018 series of the show, which they won.

But weeks after the show came to an end she split with her former flame Sam Tucknott.

Shortly after the break up Stacey put speculation she was dating Kevin to bed.

She confirmed their relationship for the first time by sharing a picture of the pair cuddling on her Instagram account.

The documentary maker has taken the next step in her relationship as she has moved in with her beau. 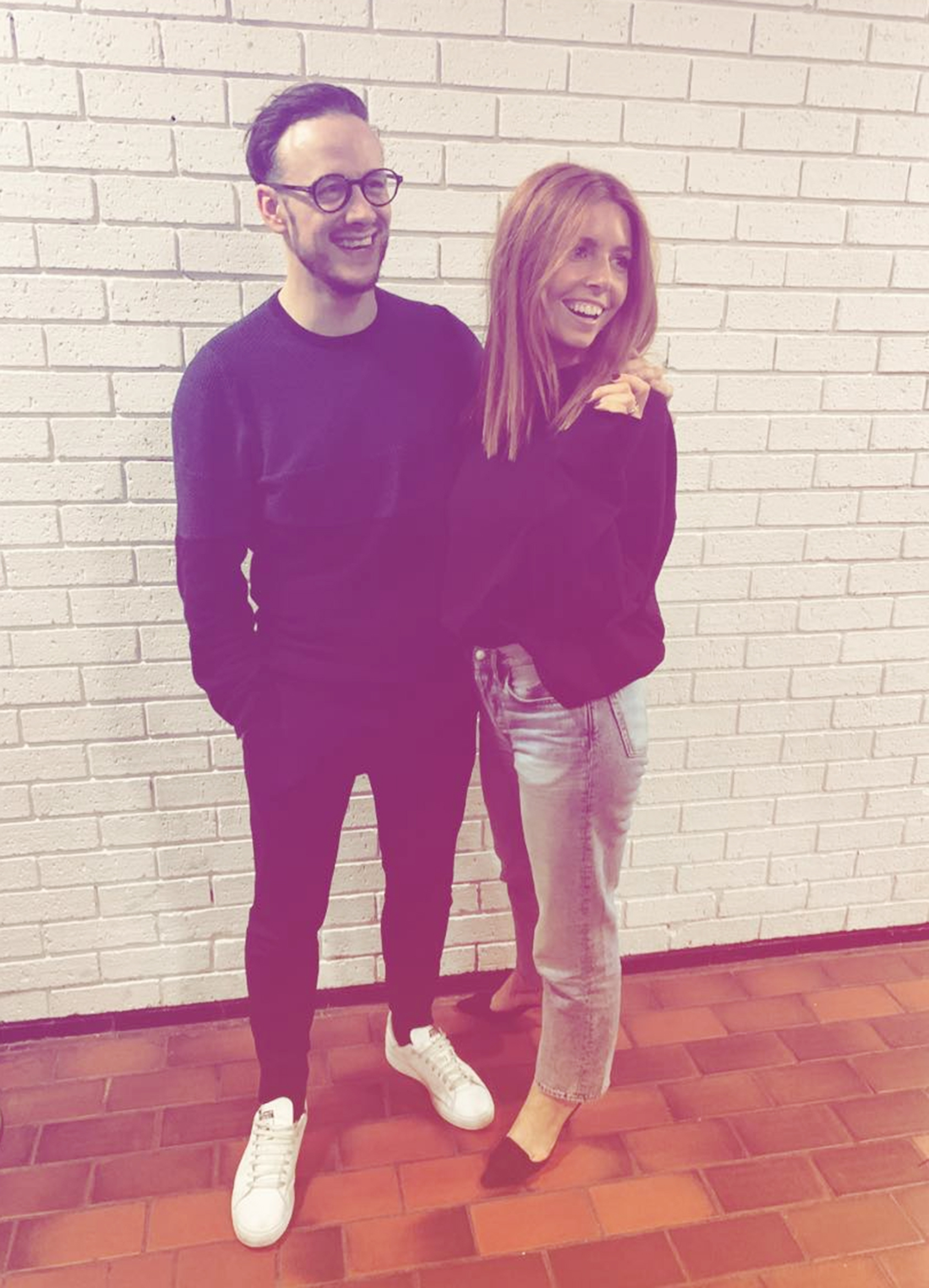 The presenter has been staying at pro dancer Kev’s pad since returning from a work trip in Portugal last week.

It comes after she moved out of the apartment in Brighton she shared with Sam after news of her romance with Kevin, 36, became known.

A telly source previously said: “Stacey needed somewhere else to live. Kevin has been really relaxed about letting her stay and so far it’s working really well.  Stacey is not sure whether she’ll stay for good but for now it’s a good place for her to set up base.”