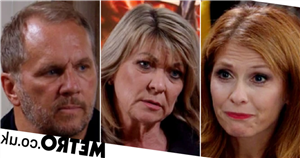 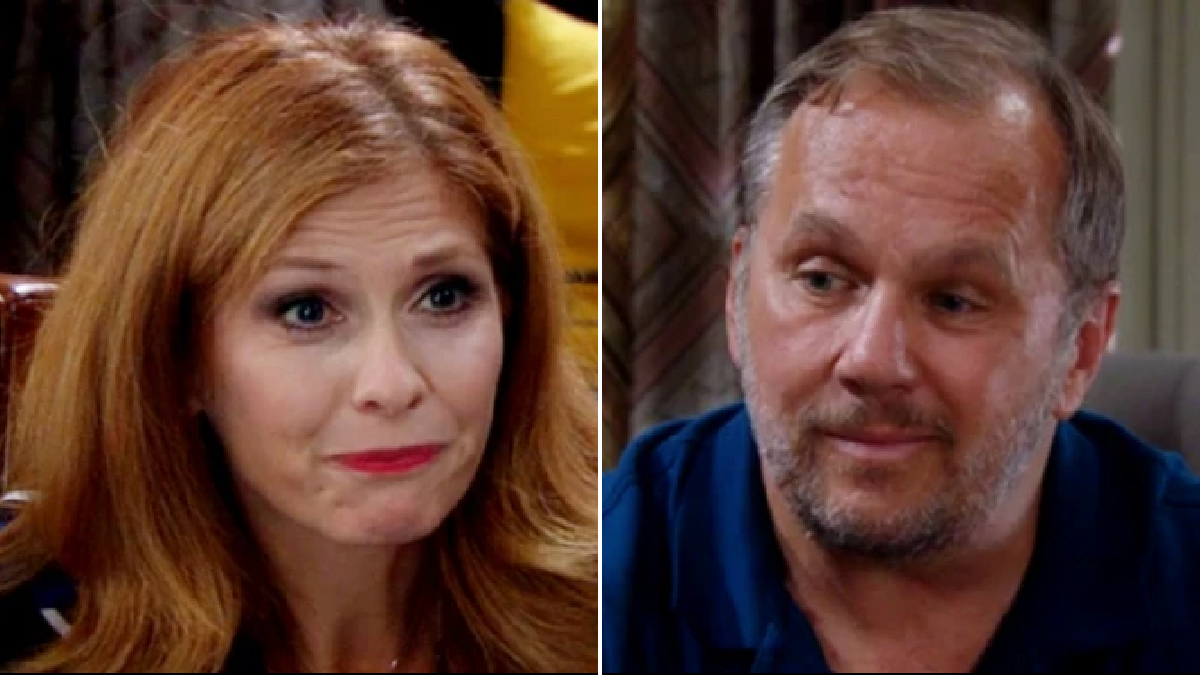 Kim has secretly been struggling in the wake of accepting Jamie (Alexander Lincoln) is dead after his crash a few weeks ago.

Unbeknownst to Kim, Jamie is actually alive and currently living with Millie and Andrea’s mother.

Tonight, Will saw Kim’s scheming side once more when she confronted Chas (Lucy Pargeter) and Paddy (Dominic Brunt), who had kidnapped her horse.

Kim was annoyed Will had ‘stuck his oar in’, but he pointed out she is clearly hurting, and shouldn’t be so determined to hurt others just to make herself feel better.

Later on, Kim and Will had another heart to heart.

To Will’s shock, Kim stood up and made her way over to the front door where her coat and suitcase was placed.

‘I thought I meant something to you?’, Will asked.

Kim told Will that she just needs time on her own before she properly commits to her relationship.

As Kim left, Bernice (Samantha Giles) wasted no time in organising drinks for her and Will.

The two of them got talking, but when Bernice complimented Will on his ‘twinkly’ eyes and tried to place her hand on his arm, Will realised she was trying to make a move.

Will reminded Bernice he was with Kim and headed off, leaving an embarrassed and slightly tipsy Bernice on her own.

With Kim away, will Bernice attempt to make another move on Will?

And when will Kim return?