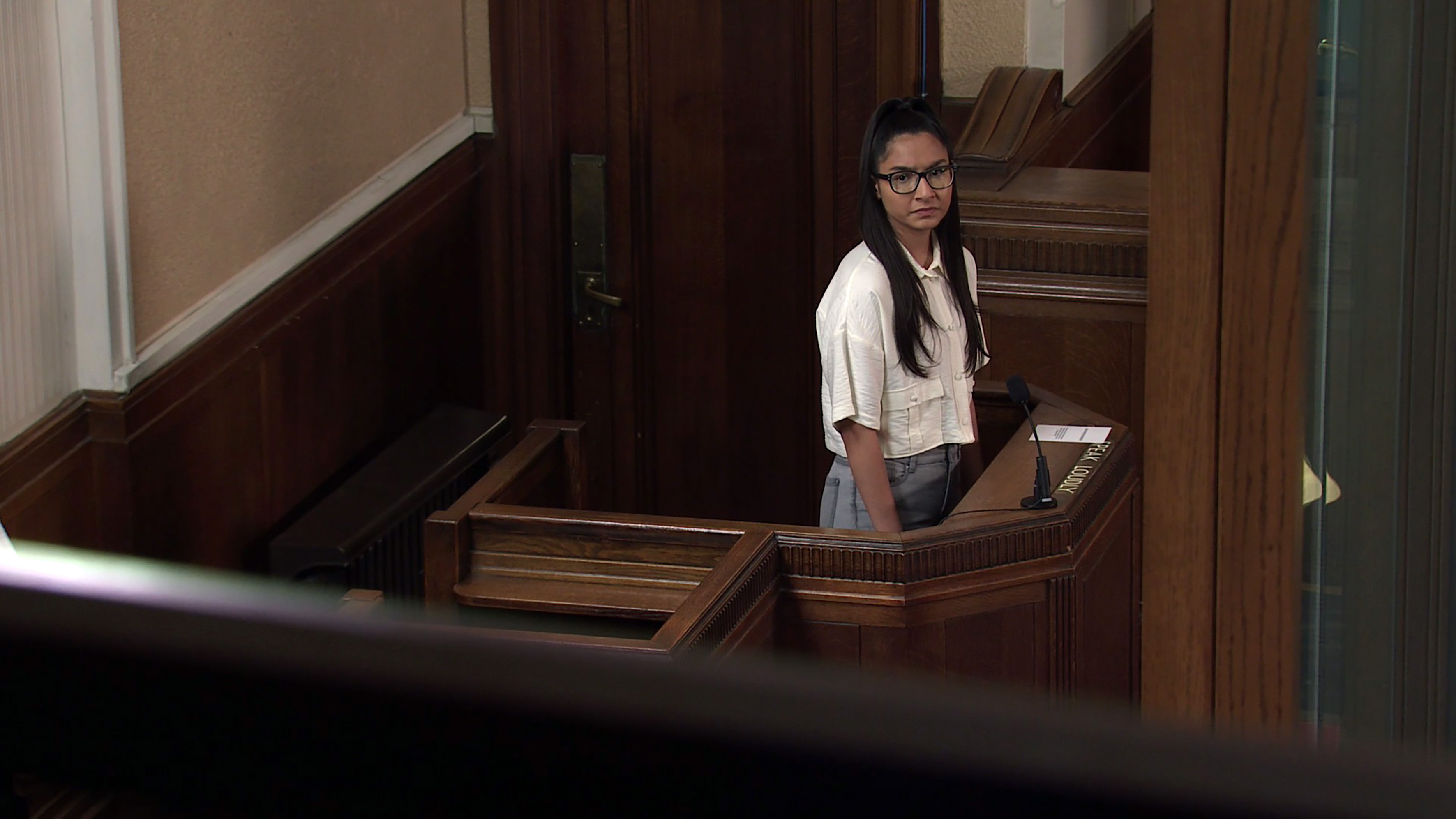 Asha Alahan’s (Tanisha Gorey) nerves could get the better of her in upcoming Coronation Street episodes as she takes to the stand at Corey Brent (Maximus Evans) and Kelly Neelan’s (Millie Gibson) trial and is questioned about her feelings for Nina Lucas (Mollie Gallagher).

After Nina and Seb’s (Harry Visinoni) attack, Asha initially took Corey’s side and was manipulated into believing her boyfriend wasn’t responsible for the vicious ordeal.

However, picking up on his dark behaviour, Asha played a dangerous game and tried to find proof Corey was involved in Seb’s final moments.

As Asha enters the witness box, she tells the court how Corey bullied her and forced her to lie to the police.

Imran suggests that Seb was murdered simply because he got in the way, Corey was in fact targeting Nina out of jealousy as Asha was in love with her and not him.

Asha is horrified at the implication it was her fault and sobs in a fuming Dev’s (Jimmi Harkishin) arms.

Asha’s feelings for Nina look set to play a huge part in the court questioning, but what will the result mean for Asha and Nina’s relationship?

If it goes badly, could Asha convince herself that her feelings towards Nina impacted the jury’s overall decision?