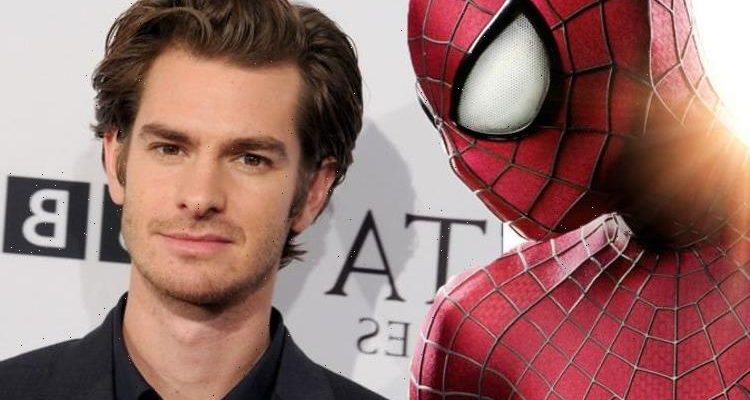 Later this year Tom Holland returns to the big screen as Spider-Man in his third solo movie, No Way Home. The movie’s first trailer revealed the Marvel hero will be embarking on a multiversal adventure against a number of previous Spidey foes – including Doctor Octopus and Green Goblin. Since then, an alleged photo of Andrew Garfield was posted online, supposedly showing him in his Spidey outfit on set with Holland.

SCROLL DOWN TO WATCH ANDREW GARFIELD DISCUSS THE PHOTOS

He left the franchise after the cinematic rights to the character were bought up by Marvel in 2015.

Since then, rumours surfaced that he was going to be involved in No Way Home alongside Tobey Maguire in a live-action Spider-Verse event.

Speaking about the aforementioned images on The Tonight Show with Jimmy Fallon, Garfield revealed he had “no idea” about the photo – before changing his tune.

Garfield then explained: “I heard about [the photo]. And I did see it… and it’s a Photoshop.”

On the possibility of turning up in the upcoming Spidey movie, Garfield added: “If they want to give me a call at this late, late stage in the game… you know I’m sitting here in my tracksuit.”

After being asked if he had seen the No Way Home trailer, Garfield said: “I have and I am excited and I think that Tom Holland is the perfect Peter Parker and Spider-Man so I’m just super stoked.”

This isn’t the first time the Social Network actor has denied any involvement in the upcoming Spider-Man movie.

Earlier this year he told the Happy Sad Confused Podcast he “didn’t want to rule anything out” but confirmed he was not in the movie.

He said: “Maybe they are going to call me and say: ‘Hey, people want this.’ Maybe they are doing, like, a market-research thing.”

Tom Holland reveals he has received the Spider-Man 3 script

Holland himself has even spoken out about the two actors arriving in the film.

When asked if Maguire and Garfield were involved, he replied: “Unless they have hidden the most massive piece of information from me, which I think is too big of a secret for them to keep from me.

“But as of yet, no. It’ll be a continuation of the Spider-Man movies that we’ve been making.”

There is further speculation Spider-Man No Way Home will see the return of Matt Murdock into the Disney universe.

This role has been suggested to be reprised by the Daredevil Netflix actor Charlie Cox.

He, too, has denied having any part in the upcoming film.