David Speers' defection from Sky News to ABC's Insiders is a "body blow" for the pay TV channel, say sources close to the respected political editor. 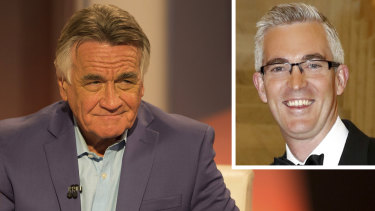 But Sky is not giving in without a fight.

Several sources say the News Corp-owned channel has been rocked by the loss of its long-serving political editor – and management may try to delay his move to the ABC.

One ABC worker says the national broadcaster hired Speers because "he's respected by all sides of politics … as the station became more right-wing over the years, he [retained the respect of viewers and politicians]".

In a strategy dubbed "right at night", Sky has replaced the bulk of its evening news programming with conservative commentary.

"The announcement hit Sky like a bomb," says one source.

"Management aren't stupid; they know David has a 'halo' effect on Sky. He gets interviews with pollies from Labor and the Greens who'd never, in a million years, go on Peta Credlin or Andrew Bolt's [programs].

You could never guess David’s political leanings from his interviews.

"Just look at Bill Shorten, who's made no secret of the fact he won't go Alan Jones' radio show. We're seeing more of that these days – politicians refusing to kowtow to certain media commentators."

Despite Sky's low ratings – most programs average fewer than 200,000 weekly viewers – Speers' interviews are often reported in other media outlets.

"The power of that amplification is a huge benefit for Sky," Allen says.

"You can't just stick someone else in his chair and hope for the same result. It takes years to cultivate the kind of contacts David has. When he leaves with his little black book, it'll be a loss for Sky."

One ABC staffer close to the negotiations expects Sky will assert its contractual rights over Speers.

A Sky spokeswoman confirmed Speers is still under contract. Sources say he has a two-year agreement with the channel, which expires towards the end of 2019, and he may be subject to a "non-compete" clause. 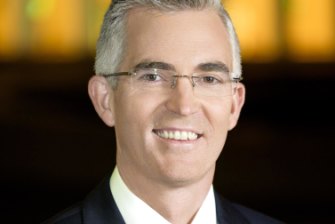 If enforced, this would prevent him from joining a rival outlet within a certain period after his resignation.

Speers and Sky boss Paul Whittaker have been approached for comment. The ABC is yet to confirm Speers' appointment, but senior staff say his move is "a done deal".

"Until we hammer out the contractual issues, any announcement is a while away," says one employee.

Cassidy will present his final episode of Insiders on June 9. The veteran political reporter – a former press secretary to the late Labor prime minister Bob Hawke – founded the Sunday morning program in 2001.

While most established TV series continue to shed viewers, Insiders has bucked the trend and grown its audience.

With Speers unlikely to join Insiders next month, they may be asked to fill the gap. On social media, all three congratulated their soon-to-be colleague.

"This is a superb appointment," Rowland tweeted. "A true class act. Welcome aboard, mate."

One ABC staffer says the decision has been welcomed inside the broadcaster's Ultimo headquarters.

"I've heard a couple of people say, 'You could never guess David's political leanings from his interviews'," he says.

"There's a real respect for his kind of political journalism."

It is understood that former Nine Network journalist Peter Stefanovic may take a permanent role with Sky – but he will not replace Speers as political editor. (Nine is the owner of this masthead.)