The ensemble Southern Charm cast was originally supposed to be totally male-driven as the sizzle reel for the show was titled, Southern Gentlemen.

The eight-minute filmmaking taste of Charleston included some of the usual suspects, but noticeably missing were any women, who now dominate the series. Creator Whitney Sudler-Smith revealed that his original intent was to build a documentary around local politician Thomas Ravenel. But he was advised to think on a bigger scale and create a show with a wider variety of characters and local “royalty” from the Lowcountry. 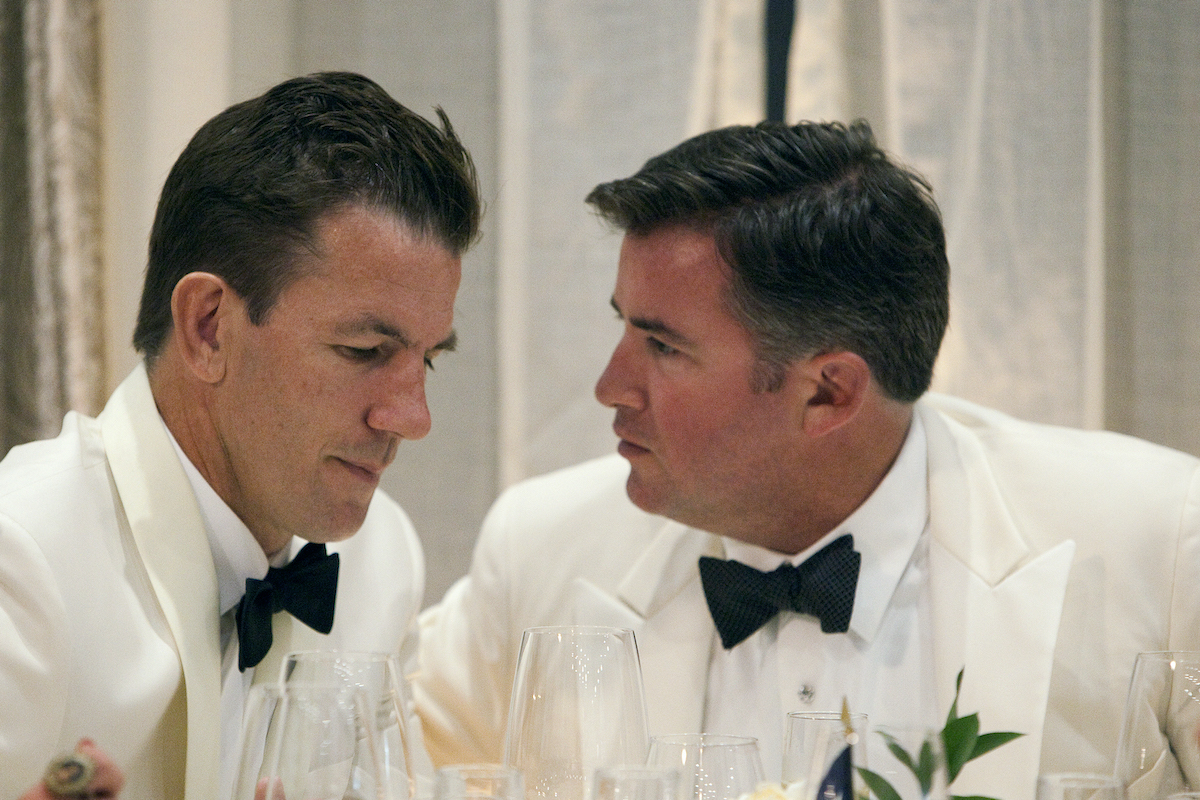 ‘Southern Gentlemen’ introduced viewers to some of the ‘Southern Charm’ cast

The sizzle reel offers a glimpse into Sudler-Smith’s original thinking. Footage shows the glory and beauty of Charleston and then cuts to interviews with some of the locals who live in the area. J.D. Madison, who never became a full-time cast member is widely featured in the reel. But so are Shep Rose and Ravenel.

Locals narrate the clip, offering their definition of what is a “southern gentleman.”

“My name is Thomas Ravenel, I’m from Charleston, South Carolina,” Ravenel said in the clip as his first introduction to viewers. “My family’s been here since the late 1680s. There are a lot of Ravenel’s here.”

Rose appears to be an eager hunter and fisherman in the video. “My dad told me if it flies, floats or f*cks to rent it,” he said while smiling.

Rose admitted that he cringes when he views the sizzle reel. “Of course the powers that be probably loved how brazen and much of an idiot I sounded like,” he told ET. “But I guess in a sizzle reel, that’s kind of the whole point. So maybe I did the right thing. Maybe my instincts were right. But I definitely learned a little bit of a lesson.”

Rose has certainly evolved far from the fresh-faced young man featured in the sizzle reel. But Ravenel was always supposed to be the focus and the drive for the show.

“I’d become friends with Thomas Ravenel, who lived in Charleston, I think hed’ just gotten out of prison,” Sudler-Smith told Urban Daddy in 2018.

“I felt he’d be this really compelling character,” he reflected. “And I figured he’d make interesting subject matter for a documentary and/or TV show.  I did this pilot thinking it was going to be a documentary kind of exploring the myth of the Old South and reconstruction and all this bullsh*t. And my agent said at the time, ‘No, no, no, this should be a TV show, these characters are all compelling,’ and we just kind of built it out from there.”

The original cast included Ravenel and Rose, but also Craig Conover, Cameran Eubanks, and Jenna King. Sudler-Smith was also heavily featured in the early seasons of the show. Kathryn Dennis, who has become a focal point of the series, was featured as a “friend” during season 1. So was Danni Baird. Leva Boneparte who recently joined the main cast was a “guest” during season 1.