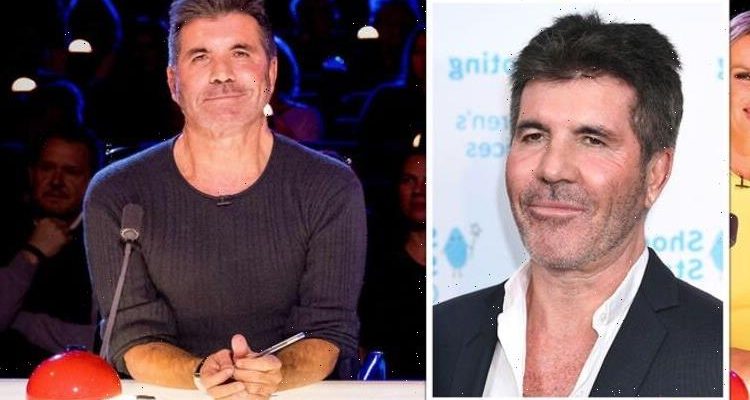 Britain’s Got Talent is returning for an all-new series on ITV after last year’s series was cancelled due to the coronavirus pandemic. Ant McPartlin and Declan Donnelly are back as hosts along with judges Simon Cowell, Amanda Holden, Alesha Dixon and David Walliams. But when the judges reunited, comedian David couldn’t resist mocking Simon’s changing appearance backstage.

For the opening episode of season 15, the camera filmed the judging panel greeting each other after a long time apart.

Amanda and Alesha were the first of the group to arrive backstage and they greeted each other with a hug before David entered the room, saying: “He’s here.”

Simon was the last judge to show up, and following his arrival, David joked while greeting him: “Don’t tell me, I know the face.”

The jibe was most likely a reference to Simon’s well-known use of filler and botox.

The 62-year-old media mogul recently revealed at the Nickelodeon 2022 Kids’ Choice Awards he is finished with getting botox injections and fillers as it made him “look like something out of a horror film”.

“There was a phase where everyone was having their faces pumped full of this and the other,” Simon explained.

He admitted: “There was a stage where I might have gone a bit too far.

“I saw a picture of me from ‘before’ the other day, and didn’t recognise it as me first of all.”

The former American Idol judge admitted his son Eric, eight, was in “hysterics” about his use of filler.

He added: “Enough was enough. There is no filler in my face at all now. Zero.”

Over the years Simon has reportedly had various other procedures including a facelift as well as veneers following his serious e-bike accident in 2020.

For this year’s season of Britain’s Got Talent, it’s been reported there will be a new feature in the programme called Judges Golden Moments.

It is understood this will involve Alesha, Simon, David or Amanda surprising contestants in person.

The Golden Buzzer will also be returning for the series which allows each judge to choose one act they want to go straight through to the semi-final shows.

In a clip from the opening episode, David is seen asking Simon which judge he had missed the most since the last series aired.

Simon admitted it was Alesha, then Amanda followed by Ant and Dec, with David at the bottom of the list.

Ant and Dec then leapt into the room with a confetti cannon and welcomed the judges back to the long-running ITV show before the acts started taking to the stage.

“It doesn’t matter how long we haven’t been with each other it just feels right”, Alesha added while she was judging the acts with her co-stars.