SHIA LaBeouf left little to the imagination as he braved a very tight pair of lycra trousers for a morning run.

The actor, 34, plumped for a figure-hugging pair of blue Nike leggings which clung to every curve – including his phone stuffed in his pocket. 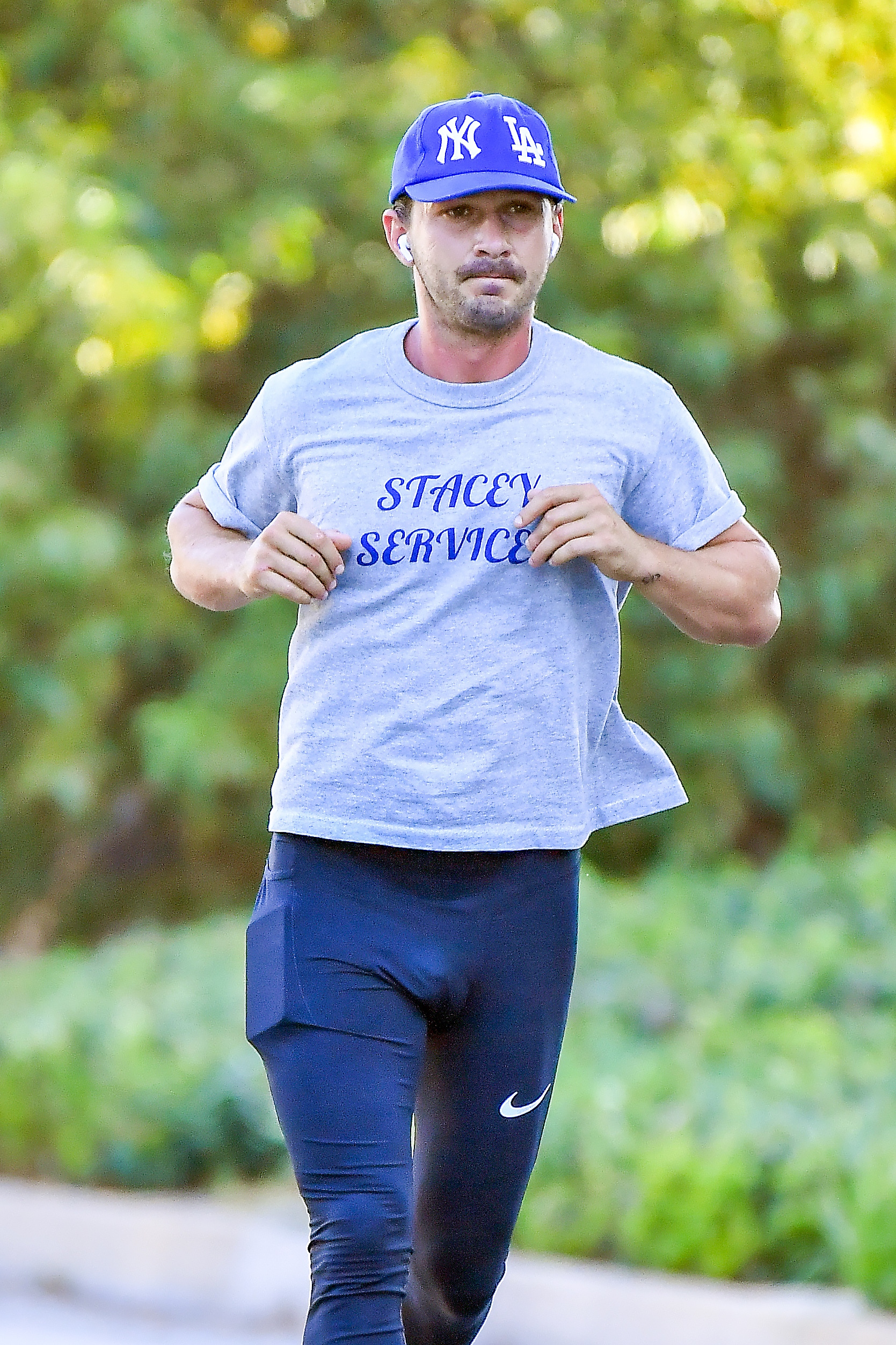 He rounded off his sexy sprint look with a blue baseball cap and black trainers.

Clearly getting lost in his fitness, he looked worlds away as he listened to music while running the streets of his Pasadena neighborhood.

Transformers actor Shia is a keen fan of running and often spotted sweating it out in equally clingy fitness gear. 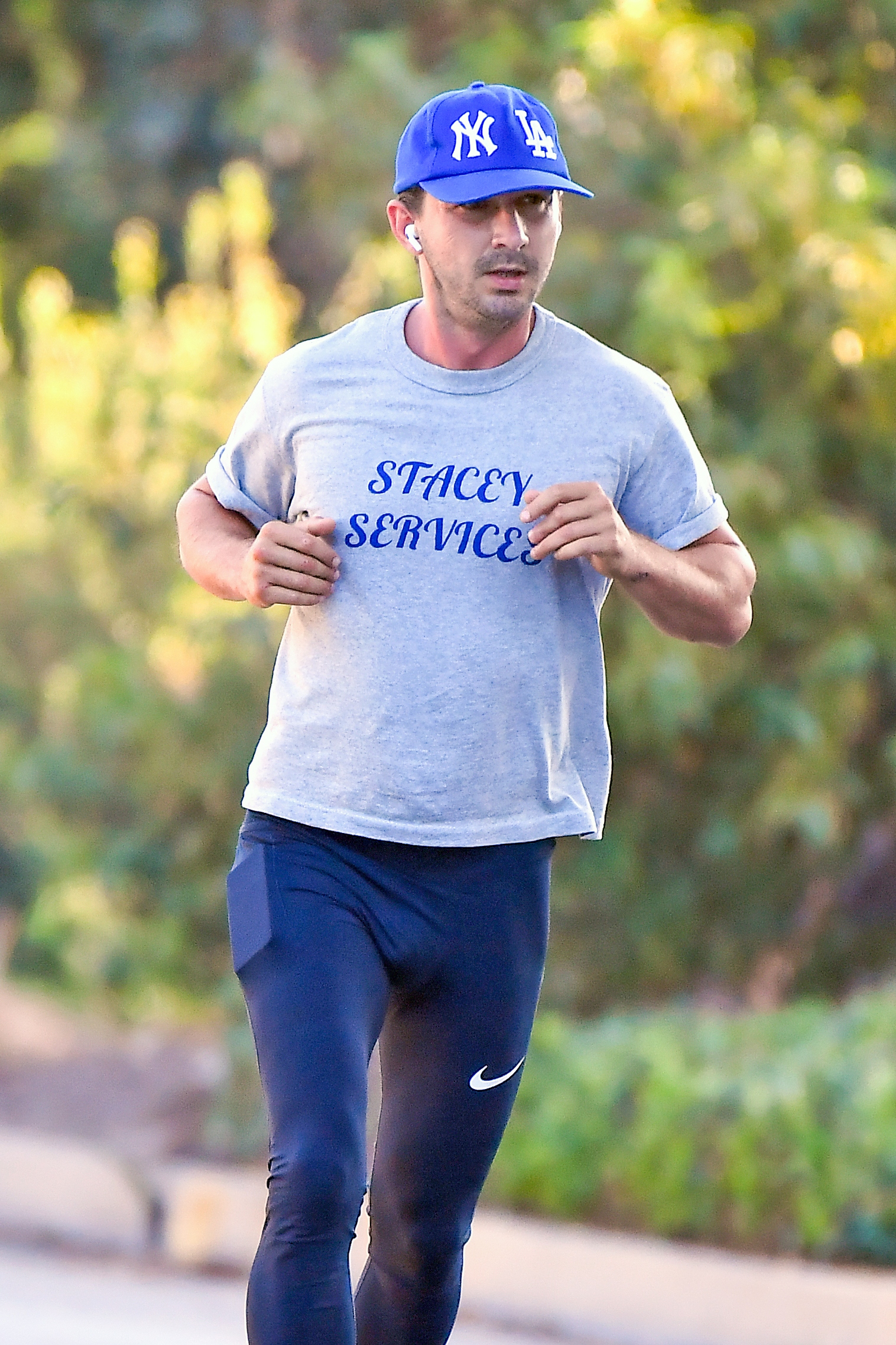 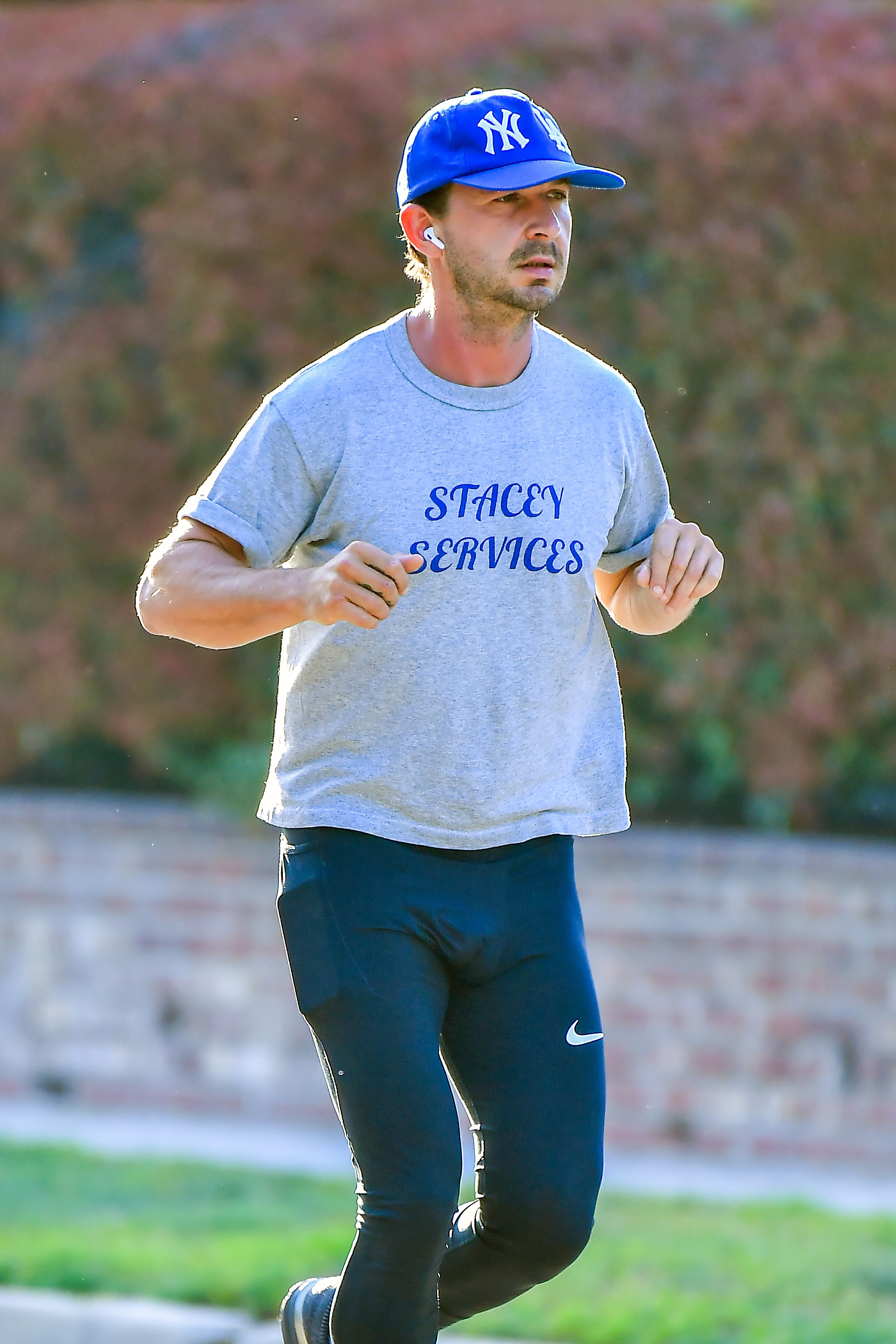 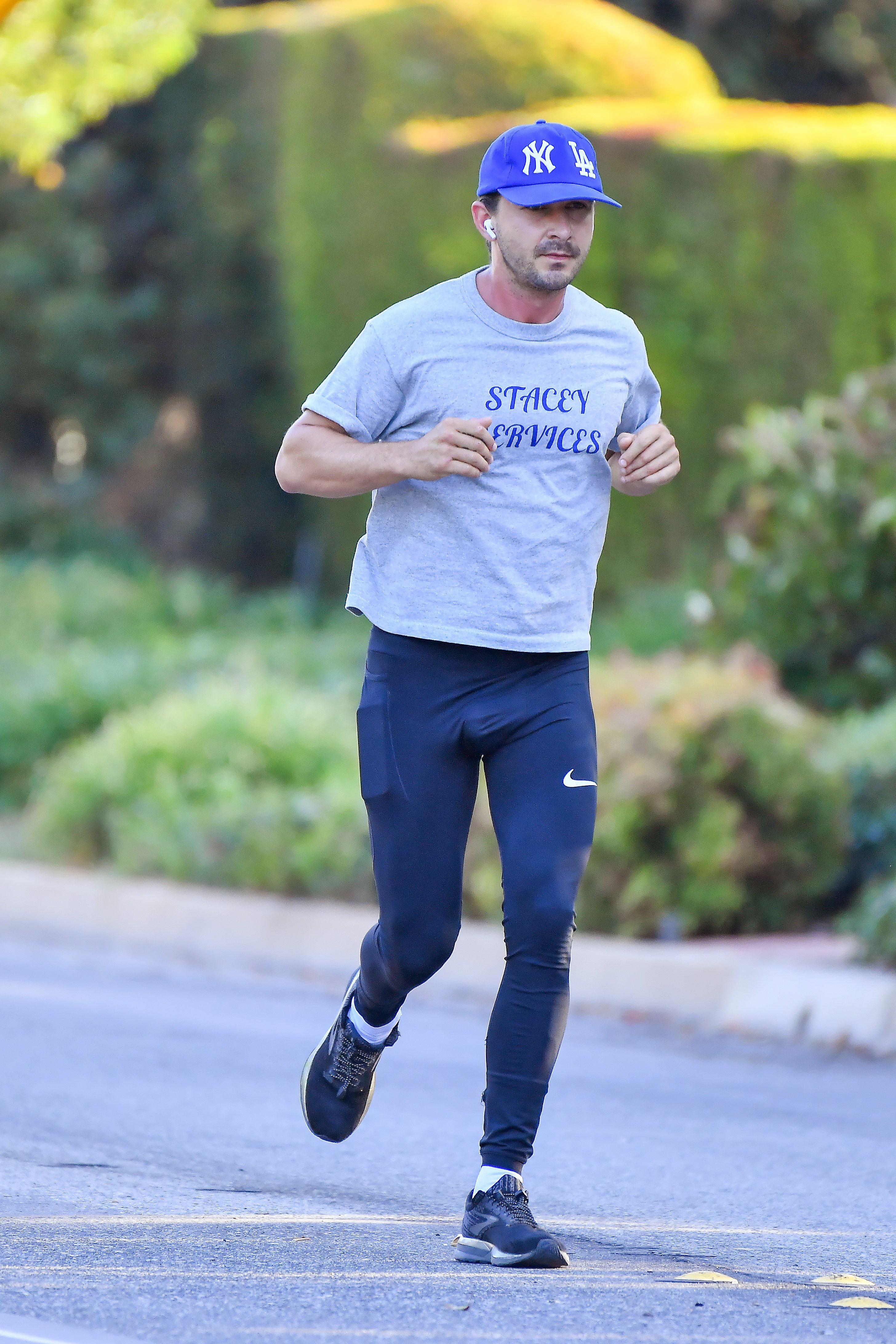 His jog came after the star was heaped with praise for his role alongside Brad Pitt and Jennifer Aniston at the Fast Times at Ridgemont High table read.

The event brought a host of famous faces together, including Brad and Jennifer, who were married for five years.

The reading was for Penn's organization CORE, a collective coronavirus relief effort. 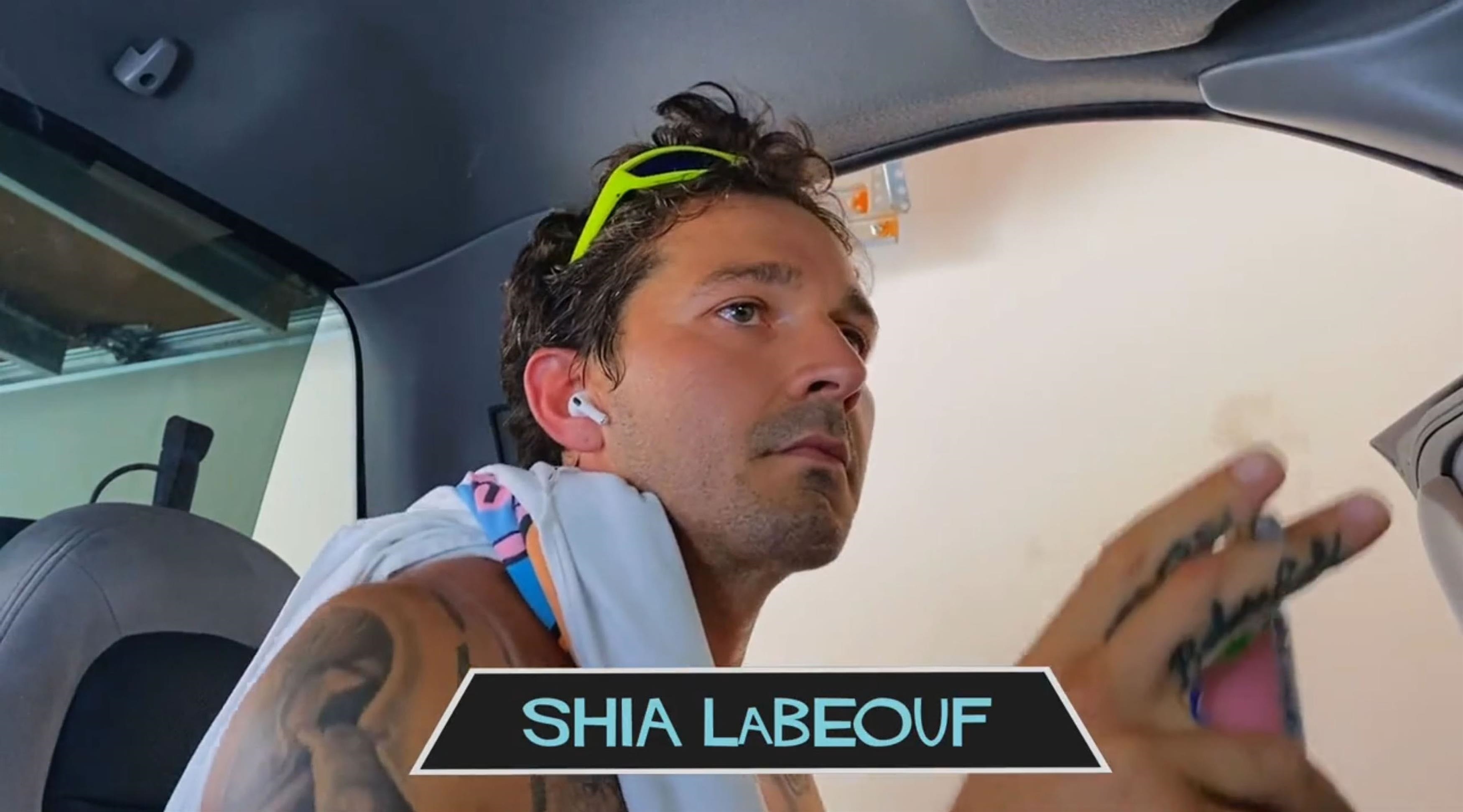 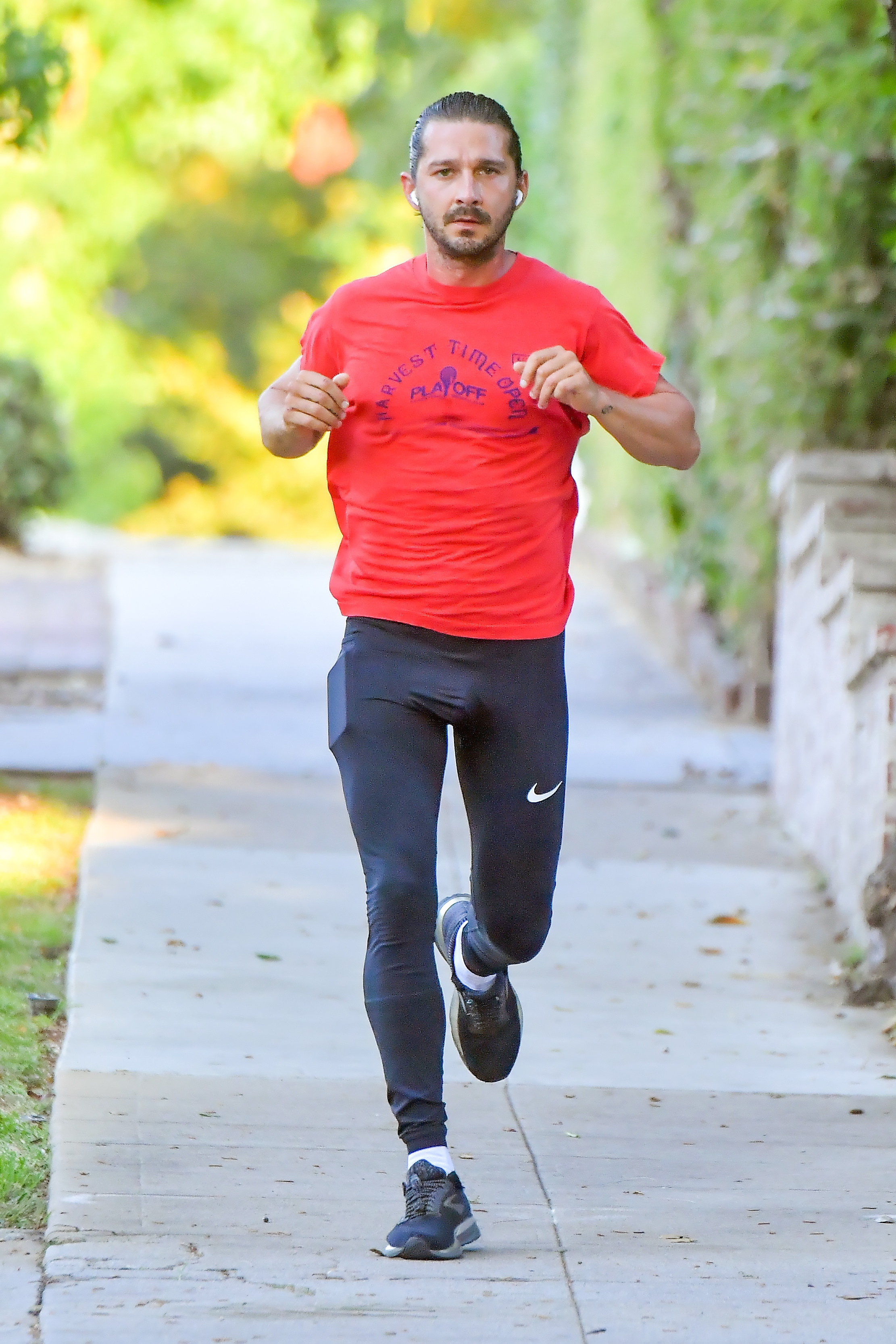 In fact Shia looked just like he'd come from a run as he sat topless in his car, with a towel flung over his shoulders, while reading his lines.

He flashed his tattoos and chain-smoked as he got into his role of stoner hero Spicoli.

Fans flooded Twitter with positive comments about the star, with one writing: "Love for Shia LaBeouf increasing by the second."