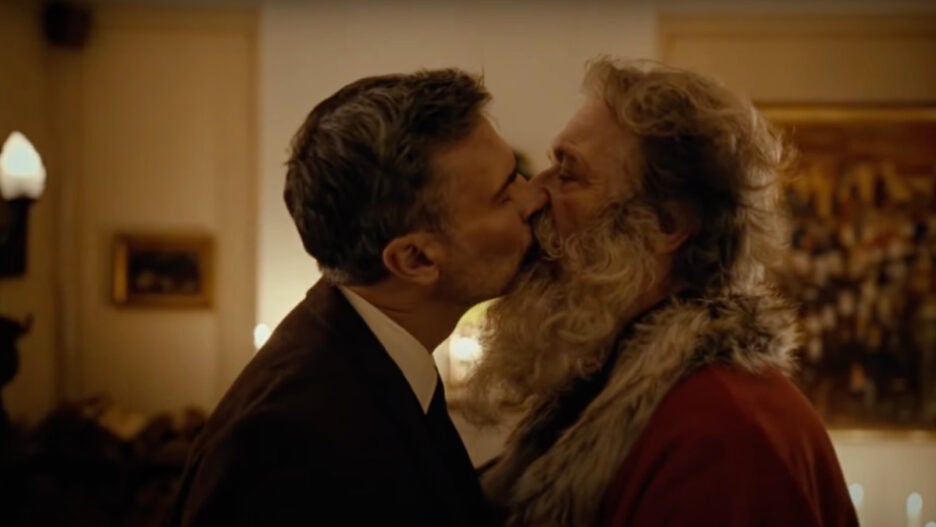 The Norwegian postal service released its yearly Christmas advertisement, but this year’s commercial is turning plenty of heads as it portrays Santa Claus in a same-sex relationship.

The cute, well-crafted and genuinely emotional ad tells a love story over many Christmases, as a man and Santa strike up a relationship based around his yearly visits to the house. “I have a lot of presents to deliver,” Santa protests when the two men are goofing around together.

The stolen-moment nature of their relationship takes it toll as the years wear on, until Santa takes an extra measure to spend more time with his beau – he enlists the postal service to deliver presents instead. The two share a passionate kiss as the ad ends. “In 2022, Norway marks 50 years of being able to love whoever we want,” a closing title card reads, referring to the decriminalization of homosexuality half a century ago.

The video quickly went viral, and has drawn positive responses across the internet for its progressive messaging. While Christmas love stories are certainly present in the United States, the vast majority of programming on the Hallmark Channel and Lifetime are heteronormative – although this year has marked progress in terms of diverse relationships being portrayed on screen.

Yearly Christmas add are tradition in Europe, in which longer-than-usual commercials are crafted to run for the holidays. Indeed, this Norwegian ad runs nearly four minutes in length and is essentially a short film.

Check out this heartwarming Santa love story in the video above.