David Matthews will write the screenplay based on his daughter’s Tracey Davis’ 1996 book “Sammy Davis Jr.: My Father” 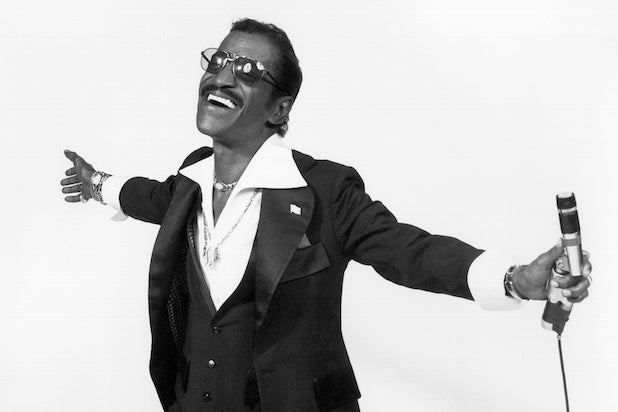 MGM is in development on a biopic on the life of Sammy Davis Jr., the singer and Rat Pack legend, an individual with knowledge of the project told TheWrap.

Lena Waithe will produce the biopic along with Rishi Rajani, Julia Lebedev and Eddie Vaisman, and the untitled film will be based on a book by Davis Jr.’s daughter Tracey Davis called “Sammy Davis Jr.: My Father” that was published in 1996. The book looks at Tracey’s loving, but distant relationship with her celebrity father and how she even confronted him as they grew older. David Matthews will write the screenplay.

In his 60’s, groundbreaking entertainer Sammy Davis Jr. tries to pull off the biggest showbiz reunion in history — but first, he’ll have to mend all the relationships he’s broken along the way to stardom…Told in impressionistic flashbacks, the story of Sammy Davis, Jr.’s rise from child prodigy, to global superstar, as he fights racism, the Hollywood machine, and his personal demons in a last-ditch attempt to reclaim his former stardom.

The Sammy Davis Jr. biopic reunites Waithe with MGM’s Pam Abdy, who most recently collaborated with Waithe on “Queen and Slim.”

Waithe and Rajani will produce for Hillman Grad, which produced “The 40-Year Old Version, and Lebedev and Vaisman will produce for Sight Unseen, which financed this year’s “Bad Education” and “Bad Hair.”

“I am thrilled to know my father’s life, both private and public, will be brought to the big screen with this team of storytellers. He and my mother May Britt took on the world, choosing love and compassion over hatred and bigotry, and I am a product of that decision,” Tracey Davis said in a statement. “My father was an extraordinary man, who experienced tremendous joys and fought tough battles throughout his years coming up in the industry. His was not an easy road, but, like he did in all aspects of his life, he gave it everything he had. We plan to do the same with this film.”

“Sammy Davis Jr. was one of the most impactful and influential figures in America,” Waithe said in a statement. “As Black culture continues to define popular culture, Sammy’s immense mark is undeniable.  His story as a generational talent trying to make his way as a father, husband, and a Black man in America is one I have long wanted to help tell.  I’m honored to be a part of this great team bringing such an important story to our community.”