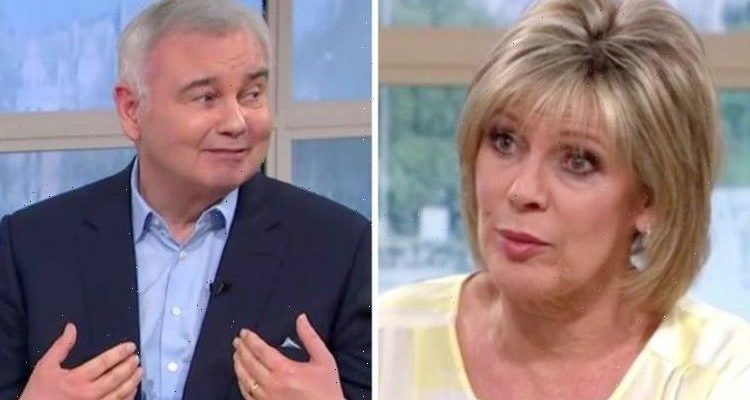 Ruth, 61, could be stepping down from her stint on This Morning following news of her husband Eamonn quitting the ITV news show.

The long-standing presenter first joined the programme in 2000 and was joined by Eamonn in 2007.

According to reports from The Mirror, the host is “unlikely to remain on the show without Eamonn.”

However, she is also expected to remain a regular on ITV talk show Loose Women.

No further announcements have been made so far, but Ruth will be weighing her options following her husband’s departure.

ITV has yet to confirm Ruth’s future on This Morning but is expected to reveal her decision soon.

Husband Eamonn, 61, has reportedly left the show to join ‘anti-woke’ news channel GB News, which is currently struggling to pull in viewers.

A source told The Mirror on Friday: “Eamonn’s move to GB News marks the end of an era.

“He’ll be missed by many ITV viewers but, the truth is, this job offer probably came at just the right moment for both him and ITV. All good things come to an end.”

His decision came after his reporting during the pandemic was met with over 400 Ofcom complaints.

In April last year, Eamonn was made to clarify his views after appearing to back the theory that the coronavirus was being spread by the new 5G network.

The presenter cleared up his opinions on the matter, but also blamed some of his viewers for misinterpreting certain remarks.

He said: “Before we go on I want to clarify some comments some of you may have misinterpreted from me yesterday around conspiracy theories and coronavirus. This involved the rollout of 5G.

“Both Alice Beer and myself agreed in a discussion on fake news that it’s not true and any connection between the present national health emergency and 5G and to suggest otherwise would be wrong and indeed dangerous.

“However, many people are rightly concerned and looking for answers and that was simply what I was trying to do, to impart yesterday.”

A few months later, both Eamonn and Ruth were dropped from their regular Friday slot and replaced by Dermot O’Leary and Alison Hammond.

Ofcom then stated they were investigating the programme for perpetuating the conspiracy, which has led to 5G masts being set on fire and vandalised across the UK.

Upon the launch of GB News, Eamonn voiced his hopes it would get a “decent chance”.

“We need a shake-up on the news front,” he said.

“I have huge respect for TV news but this is a reminder news is not just Westminster or a constant woke agenda.”

Regular presenters Holly Willoughby and Phillip Schofield will be back on the show next week, with Ruth’s school holiday slot still to be decided.

This Morning airs weekdays from 10am on ITV.