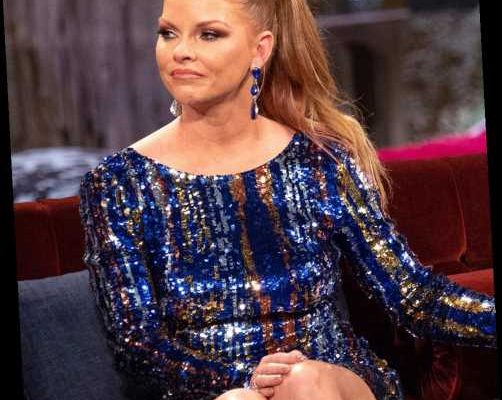 Brandi Redmond is reflecting on a public controversy that engulfed her life last year.

During Tuesday's season 5 premiere of The Real Housewives of Dallas, the reality star and mother of three opened up about her struggle with suicidal thoughts after a racially insensitive video surfaced at the beginning of 2020 in which she appeared to mock Asians.

"About three and a half years ago, I made a video and posted it on my Instagram," Brandi, 42, told cameras. "The video was of me making fun of my squinty eyes."

"I understand that I hurt people," she told costar Stephanie Hollman while holding back tears. "Honestly, it was stupid and ignorant. I did it in front of my children and it was horrible. I want to be a good example for my children. I was wrong."

"Your kids know you're a good person, girl," said Stephanie, 40.

"The reaction of people was to cancel me, that I was a horrible person, a horrible mother," Brandi said. "I went away for treatment because I was suicidal. I had so much guilt and shame. I needed help."

"I was willing to end my life, because I felt like that's what I should do," she continued. "I'm extremely sorry for my actions and the pain that I caused people. I'm putting that pain back on myself because I'm ashamed."

Meanwhile, D'Andra Simmons tried to reassure new Housewife Tiffany Moon — who was born in a small town just outside of Beijing, China, and moved to the United States when she was 6 years old — that Brandi meant no harm.

"I feel horrible about it," said D'Andra, 51. "It's awful. I know that she didn't mean do anything to hurt anyone. I adore Brandi. We have fun together. I don't think she had any ill intent in her heart."

"I will tell you that I have dealt with racism being an immigrant and learning English when I was 6 years old, and my parents had to deal with it," Tiffany replied.

"I don't for one minute think Brandi had any hate in her heart towards Asians or anybody else," D'Andra said. Later in the episode, as the ladies gathered at Stephanie's house for a little girl time, Brandi took the opportunity to apologize for her actions.

"2020 didn't start off the best for me," she told the ladies. "I made a very ignorant, insensitive choice and I'm sorry. I live with a lot of shame and I'm still carrying it with me. I went to a mental health facility to help me through. Because I was like, 'No one wanted to be friends with me anymore.' And that's the last thing I wanted, so I thought that maybe I should make my life go away. I want y'all to know that I'm very grateful for all of you." Afterwards, Tiffany pulled Brandi aside to have a private conversation about the incident.

"I don't want you to think that I'm coming at you or attacking you," Tiffany said. "But I think that I would be remiss if I just sat silently. This is my opportunity to tell that what you did was wrong. It hurt a lot of people's feelings. It was in poor taste." "I was ignorant and I was insensitive, and I made a mistake," Brandi admitted.

"When I was 6, they put me on a plane from Bejing to New York by myself," she continued. "I landed in America to see my parents. I didn't see them for three years. I knew not a lick of English. I went to school and people did this thing to me."

We'll hear Brandi's response when their conversation continues on next week's episode. Brandi opened up last year about checking herself into a wellness center, sharing an 11-minute video on Instagram that detailed the controversy surrounding the video after it resurfaced on social media. (She first posted and deleted it in 2017.)

"I did this video — it was essentially four years ago — and it was in reference to a scene on season 2 of RHOD where the ladies were talking about my features — in particular, my squinty eyes," the reality star — who is currently expecting her fourth child with husband Bryan Redmond — said in January 2020.

"Once again, that's something I have been insecure about so I made a video poking fun at myself," she continued. "I immediately took the post down and posted a public apology. Someone maliciously recorded it off a device and saved it for this many years … and it resurfaced. I made a poor decision of being angry and trying to defend in the moment what was wrong and insensitive."

"I do have my smile back. I want you all to know that I love you. I love life," she said, adding, "I have peace in my heart knowing God is always with me, he knows my intentions in my heart."

If you or someone you know is considering suicide, please contact the National Suicide Prevention Lifeline at 1-800-273-TALK (8255), text “STRENGTH” to the Crisis Text Line at 741-741 or go tosuicidepreventionlifeline.org.