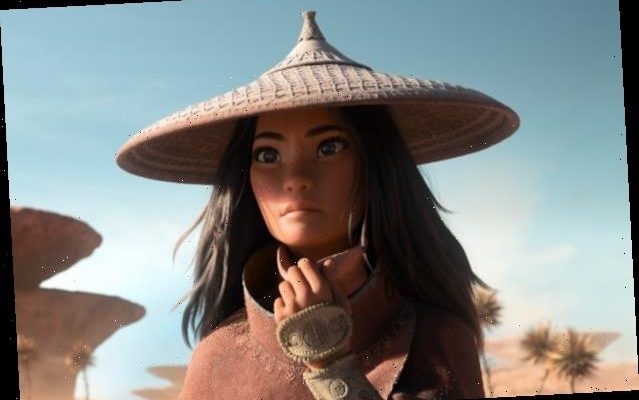 Some major chains refused to screen the animated film, which opened in both theaters and as a premium release on Disney+

Despite strong reviews, Disney’s “Raya and the Last Dragon” has failed to join  “Wonder Woman 1984” and “Tom & Jerry” among the films to earn a $10 million-plus opening weekend during the pandemic, instead earning an estimated $8.6 million opening from 2,045 screens.

By comparison, “Tom & Jerry” opened last weekend to $14.1 million, adding $6.6 million this weekend for a 10-day total of just under $23 million. The lower-than-hoped opening for “Raya” comes after Cinemark refused to screen the animated film without renegotiated terms, as it was released in both theaters and as a premium video on-demand release for $30 on Disney+. “Tom & Jerry,” along with the rest of Warner Bros.’ 2021 slate, is being released simultaneously in theaters and on HBO Max, but Warner Bros. has agreed to give theaters a larger cut of admissions for those films because of the day-and-date release strategy.

The lack of availability for “Raya” at some major theater chains also somewhat diminishes the usefulness of this weekend’s box office data in determining audience interest in coming back to theaters as major cities begin to allow theaters to reopen. This weekend, some theaters in New York City reopened for the first time in nearly a year, including 13 locations owned by AMC Theaters, which did screen “Raya.” Other theaters in NYC will open later this month, as they need more time to find staffing and update theaters and concession stands to meet COVID-19 protocols. Those that have opened are required to adhere to a 25% auditorium capacity limit, though industry lobbyists are currently trying to raise that limit for theaters with recliner seats, which already have a very low capacity.

Movie theaters in San Francisco have also been given the green light to open with 25% audience capacity, and industry insiders tell TheWrap that there is optimism that Los Angeles theaters will be able to reopen later this month as well. The best-case scenario for theaters is that the COVID-19 vaccination process, combined with continued social distancing, prevents another infection surge from delaying the reopening process, allowing theaters to take advantage of a full summer blockbuster release calendar to rebuild the box office starting with “Black Widow,” which is set to release only in theaters on May 7.

While “Raya and the Last Dragon” hasn’t performed as well theatrically compared to other pandemic-era family releases, it is enjoying very strong critical and audience reception with a 95% Rotten Tomatoes score and an A on CinemaScore. Overseas, the film grossed $17.6 million — including $8.4 million in China — for a global total of $26.2 million. Disney, like other studios, has not made data on PVOD sales available.