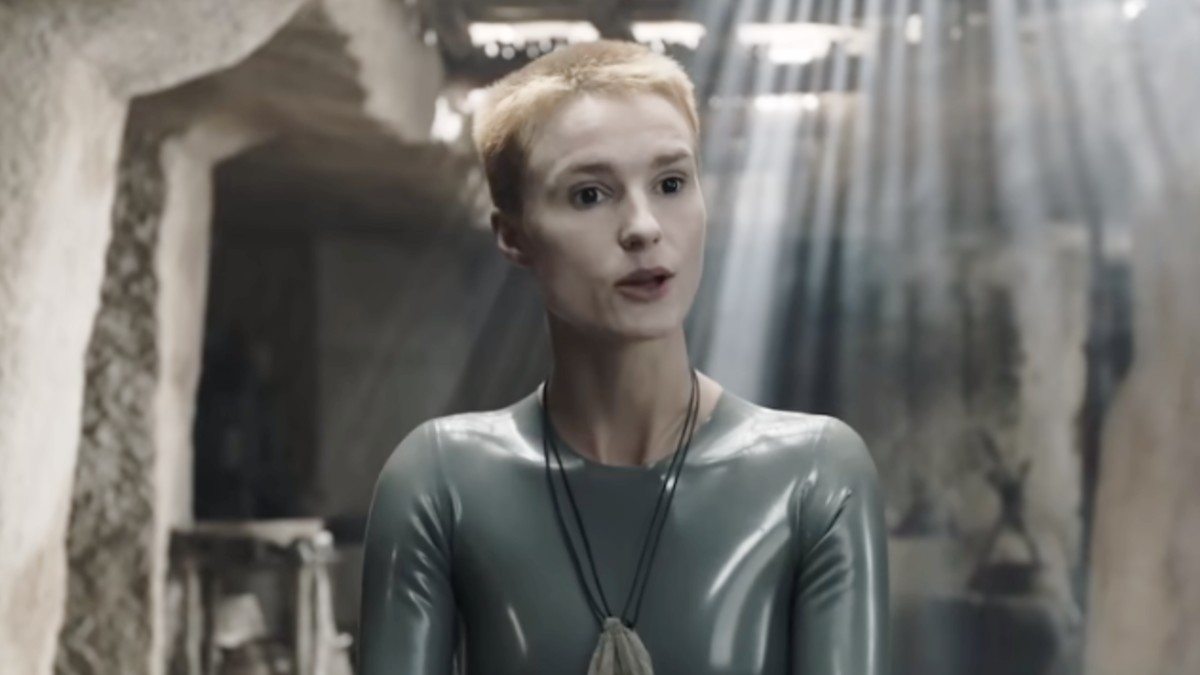 HBO Max has announced that there will be a second season of their best performing original show, sci-fi drama Raised by Wolves.

The show follows the exploits of two androids, Mother and Father, tasked with raising and looking after a large group of human children on a strange planet after the Earth’s destruction in a “great war.”

The sci-fi show increased its audience by 50-percent in the second week, making it the top-performing original series for HBO Max. It’s no surprise that, after just three episodes, executives said they wanted more.

Last week, HBO’s head of Original Content, Sarah Aubrey, announced Season 2 of Raised by Wolves is already on its way to our screens. In a gushing statement on the show, she emphasized her love of the show’s artistry.

“When I think of Raised by Wolves, I think of artistry; artistry in crafting a compelling storyline, artistry in the out-of-this-world production design, special effects and cinematography, artistry in our actor’s portrayals of these memorable characters, and artistry attached to the legendary work of Ridley Scott, Aaron Guzikowski and our phenomenal crew,” said Aubrey.

Aubrey then assured us that there is more to come and that she’s excited to see a new season herself: “This chart-topping series beautifully weaves together Ridley’s hallmarks of sci-fi and horror while offering fans one of the most original storylines they’ve seen in some time. I can’t wait to see what’s in store for Season 2.”

So there you have it. That is an unequivocal endorsement for new episodes. So when’s it coming out?

When is Raised by Wolves Season 2 likely to come out?

Unfortunately, this is where the bad news comes in. The second season might take a while. There’s been no announcement, so far, as to when it might be released, not even a window. And there’s been no word on when production is likely to start either.

Due to the many restrictions surrounding the COVID-19, it’s unlikely much filming, if any, will take place in 2020.

The first season was filmed in Capetown, South Africa, where the landscape was substituted for the exoplanet Kelper-22B. Unfortunately, as the CDC states that South Africa is currently a high-risk area for COVID-19, it seems unlikely that filming will start soon.

All is not lost; however, as South Africa has announced it will be easing restrictions on inbound international travel from next month.

When filming completes, we can expect a show of this nature to need a lot of special effects to be added, which will add to any potential delays. To put it simply, if all were to go exactly to plan, then we wouldn’t expect to see a second series until this time next year; fingers crossed, it will be by Christmas 2021.

The good news, of course, is we’ve not yet finished the first season. There’s still another three episodes to go up on this ten-part season that started September 3.

Ridley Scott also said that Guzikowski has already shaped out what will happen in the next season; he said they were already deep into the next “layers” of Season 2. So, it sounds like a script will be on the way very shortly.

The series was created by Aaron Guzikowski, who is also known for Prisoners, Papillon, and The Red Road: however, it was the involvement of Ridley Scott (Alien, Blade Runner) that made the show instantly famous.

Scott serves as an executive producer, and he directed the first two episodes., but Guzikowski seems to be the driving force behind the script.

The producers have found a solid and reliable cast in Danish actress Amanda Collin (A Horrible Woman and Department Q: A Conspiracy of Faith), who plays Mother and Abubakar Salim (Assassins Creed: Origins) as Father.

Both actors are largely unknown to American audiences meaning these characters have more impact as audiences aren’t linking their faces to other TV shows and movies.

If sci-fi is your bag, you may be interested in updates on upcoming seasons of Amazon Prime’s The Expanse. We’ve already had four brilliant series (all of which are currently available to stream), but will there be a fifth?

HBO Max hit the headlines for different reasons recently when they decided to remove Gone With the Wind from their streaming platform in the wake of protests following the death of George Floyd.

However, the platform promised it would return but explained the historical context that influenced the film’s racism.

The first seven episodes of season 1 of Raised by Wolves are currently available to stream on HBO Max.