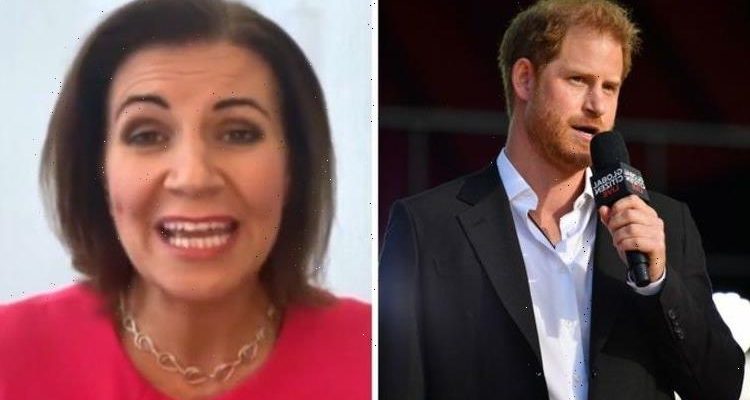 Prince Harry ‘not going’ away from Netflix says Schofield

Prince Harry was accused of “exploiting” the Royal Family on Monday’s instalment of This Morning by guest Julia Hartley-Brewer. The talkRADIO presenter told ITV hosts Phillip Schofield and Holly Willoughby she thought the Duke of Sussex’s multimillion-pound deal with Netflix was “very tacky”.

But the prince has been urged to “tear up” his £100million deal because of The Crown’s portrayal of his late mother, Princess Diana.

Debating the matter on This Morning, Julia told viewers: “The reason Prince Harry should get rid of his Netflix deal is because he blatantly used his royal title, and royal connection, to get it.

“He wouldn’t have it any otherwise on any other basis, and it’s all been very tacky anyway.”

Phillip interjected: “He signed a contract and they can say as much as they like that he should give it up but he’s contracted to Netflix so you can bleat about it as much as you like but he’s not going anywhere.”

Julia replied: “No, he should drop the contract because it’s tacky and using his royal privilege already, that’s the only reason he’s making money.

“It’s not because he’s a brilliant and talented documentary maker is it?”

However, a mortified Matthew Wright added: “[Don’t you want to] see it first of all? Give him a chance.

“I think you’ve written off his career without even seeing it yet.

Despite his best efforts, journalist Matthew’s comments did not appear to influence Julia’s opinions on the Prince.

The debate came amid royal experts urging Prince Harry to leave his deal with Netflix after writer Jemima Khan departed The Crown over the depiction of her friend the late Princess Diana.

Jemima pulled out of the show claiming its portrayal of Diana in the period leading up to her death from a car crash in 1997 “did not show enough compassion”.

Royal biographer Angela Levin has urged the Duke of Sussex to rethink his deal and ‘find his voice’ over the alleged portrayal of his mother.

She told the Sun: “Harry has remained absolutely silent about Netflix.

“He should tear the deal up and make a stand for his mother.

“What’s more important? Money or defending his mum? It’s astonishing he can’t find his voice on this.”

The upcoming season of the Crown is set to land on Netflix in November 2023.

This Morning continues weekdays on ITV.