Richard, 48, was on hand to welcome one returning couple and three pairs of new contestants hoping to get their hands on a jackpot rise at the end of today’s edition of Pointless.

As is usual, Alexander, 49, asked the contestants to introduce themselves, before turning to his co-host and establishing Richard’s role on the BBC quiz show.

One of the new couples, friends Lucy and Adi, caught Richard’s attention with their introduction with the pair stating they were from Royal Tunbridge Wells.

Making a quip about the royal connection to the quiz show, Richard also revealed the prop he uses as a laptop is actually a fake.

After Alexander introduced him, Richard said: “Welcome to our three lots of newcomers,” before referring to Lucy and Adi’s hometown.

As Alexander and the contestants smirked, Richard added: “And, of course, they are because Her Majesty watches the show. We should call ourselves Royal Pointless.”

Alexander remarked: “Do you think? By Royal APointless.”

Known for making a pun or two, Richard quipped: “By Royal, yeah. That’s good,” before stating: “I should have that on the back of my fake computer. That’s a great idea.”

Although new viewers to the show may be shocked by the revelation, the news may not come as a surprise to longtime fans. 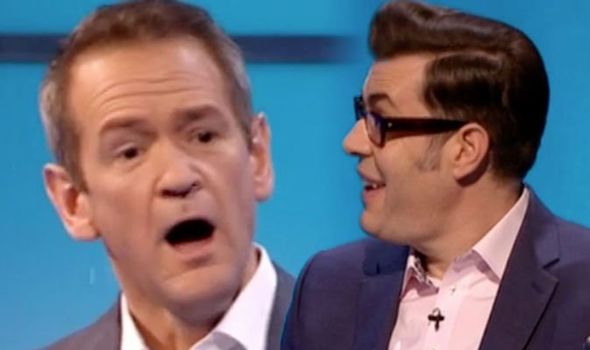 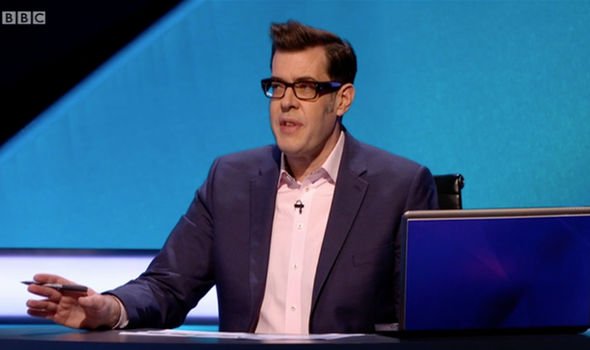 With the quiz show having been on air since 2009, many viewers believed Richard used the laptop to look up the possible answers to the pointless questions.

However, a source revealed to The Sun back in 2016: “The computer has never been switched on and Richard doesn’t even know what’s on it.

“He arrived on set and found it there and has never been asked by producers to do anything with it but use it as a prop.

“The machine is not even plugged in to anything. The only people who touch it are the cleaners and prop masters who come in to dust it during recordings.”

The claims were confirmed by production company Endemol, who also revealed to publication: “The computer at Richard’s desk is a TV prop and we have never claimed otherwise.” 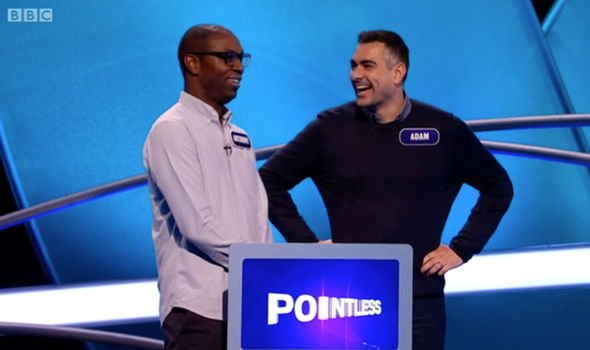 Although Lucy and Adi caused a stir at the beginning of the show, they bowed out in the head-to-head round after facing fellow contestants Adam and Anthony.

Having appeared on yesterday’s show, today was Adam and Anthony’s last chance to try and win the jackpot prize.

Making it to the jackpot round today, Adam and Anthony fought valiantly to get their hands on the £3,000 cash prize.

The couple were successful as they landed the correct pointless answer, meaning the jackpot will start from £1,000 tomorrow.

On yesterday’s edition of the show, Alexander was left stunned when one pair made it to the jackpot run in a very rare set of circumstances.

Pointless airs weekdays at 5.15pm on BBC One.