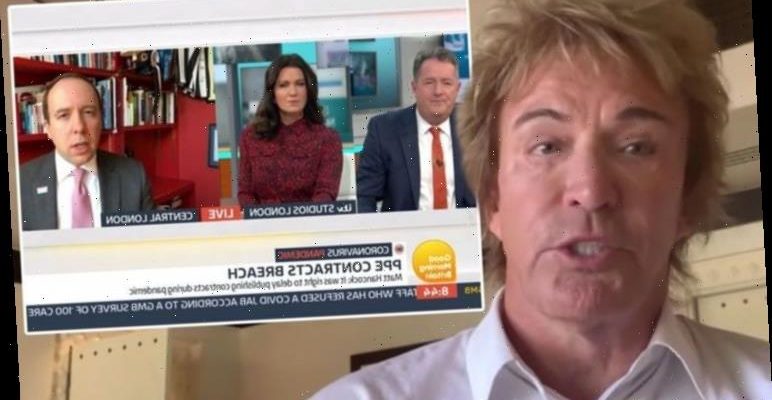 Pimlico Plumbers boss says he wants all staff to get vaccinated

Last month, Pimlico Plumbers boss Charlie Mullins found himself embroiled in a heated Good Morning Britain debate with the likes of Piers Morgan, Susanna Reid and a handful of other guests. The businessman joined the ITV panel to outline his argument for mandatory Covid vaccinations for employees – something which is now widely being tipped and even sparking conversation in Westminster. Now, the straight-talking businessman has spoken out about those who shy away from giving to-the-point answers on the show as well as his own experiences on the small screen.

In an exclusive interview with Express.co.uk, Charlie praised GMB for its heated style of interviews and debates.

While some viewers criticise the like of Piers and co for their firm and, at times, brash line of questioning, it’s an interview-style Charlie believes is needed.

“If there’s a programme that I’ll tune into at the moment it would be GMB,” Charlie began.

“On the basis that they ask the right questions, they get the right people on there, and they don’t put up with any rubbish.” 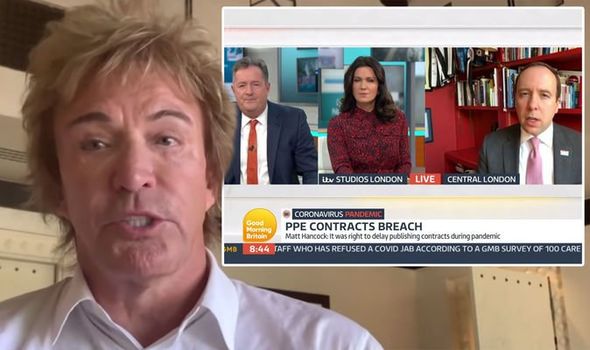 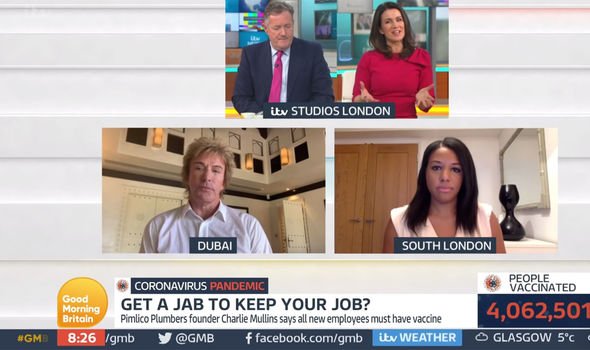 He continued: “So, you know, they’re challenging people about it. And if things don’t add up or are wrong, then certainly Piers Morgan is very quick to establish that.

“I think it’s the only way to go forward with presenters challenging the Government on it, and, you know, really getting the facts out there so that we’ve got some understanding,

“Rather than keep being misled by what certain other channels want to portray.

“I’m all for the honesty of it and being direct and getting the right answer.” 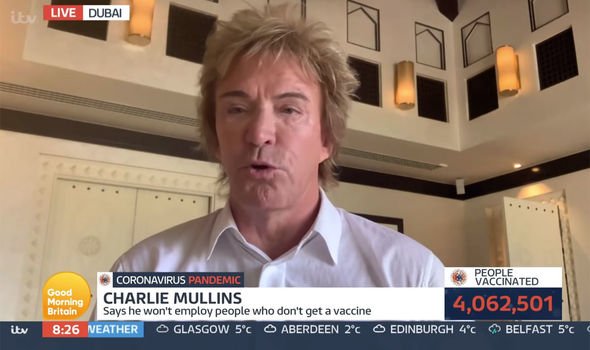 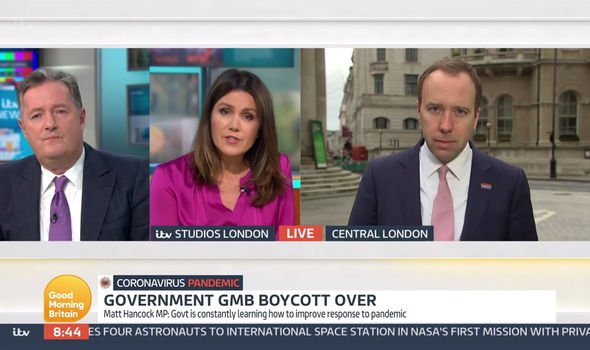 With GMB enjoying some of its most successful viewing figures to date, Charlie was asked whether it’s Piers’s direct and divisive interviewing style that has kept viewers tuning in – and why he enjoys his stints on the show.

“I think so,” Charlie replied. “He often asks a pretty straightforward question. And the answer is yes or no.”

Taking aim at the numerous guests who’ve looked horns with Piers over the past year, he added: “And, as you know, 90 percent of people he has on there can’t give a direct answer.

Discussing his own relationship with the GMB host, the Pimlico Plumbers boss went on: “I think we’re drinking from the same teapot on certain things.

“But, you know, I could go on there one day and clash with him and I’ll accept that, I mean, it doesn’t mean he’s right. But that’s his view on it.

“I certainly feel – I sort of go on expecting that I might get a hard time often (and) come up against someone that’s completely coming in a different direction.

“And I’ve often noticed that they’re a million miles away from the truth, they really don’t know what they’re talking about, being honest.”

“I think that’s it because a lot of it is common sense. And, yes, there’s always gonna be controversial, and I don’t expect Piers or all the presenters to agree with me but certainly, lately we’re drinking from the same teapot.”

Charlie concluded: “I think Piers Morgan is one of the best presenters we’ve got on the television. You know, he gives people a hard time and he’s ruthless but I think it’s justifiable.

“I think we need more of it, I’d like to see people challenged more and the word is ruthless just for being with their guest then so be it.

“I actually enjoy the rows and disagreements with a lot of the presenters and they ask us to come back so I think my opinion is valid.”

Good Morning Britain continues weekdays at 6am on ITV.