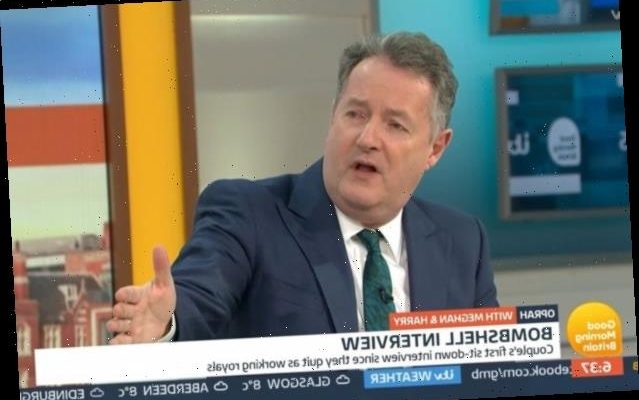 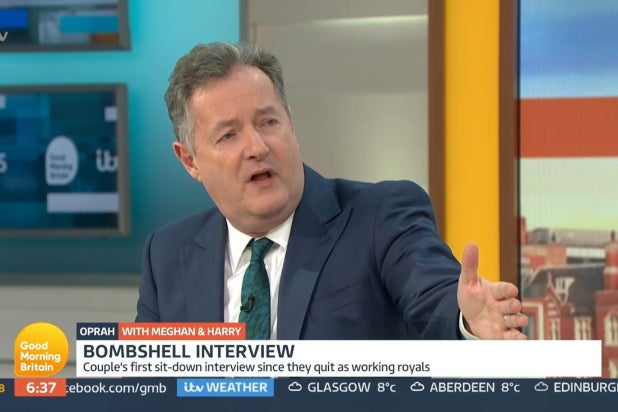 Piers Morgan is coming under fire from British media regulator Ofcom for his comments about Megan Markle on Monday, when the “Good Morning Britain” co-host expressed disbelief that she contemplated suicide.

“We have launched an investigation into Monday’s episode of ‘Good Morning Britain’ under our harm and offence rules. As of 14:00 on Tuesday 9 March, we have received 41,015 complaints about the programme,” the organization said on Tuesday.

During Monday’s “Good Morning Britain,” Morgan went after the Duchess of Sussex: “Who did you go to? What did they say to you? I’m sorry, I don’t believe a word she said, Meghan Markle. I wouldn’t believe it if she read me a weather report,” he said on Monday’s show.

Markle’s comments came during her bombshell interview with Oprah that aired on CBS Sunday night, when she told Winfrey she pleaded with those in the Royal “institution” for help with her decaying mental health, to only be rebuffed. “I just didn’t want to be alive anymore. That was clear and real and frightening and constant thought,” she said.

On Tuesday’s “Good Morning Britain,” Morgan stormed off the set after a co-host called his commentary from the previous day “diabolical.”

“I understand that you don’t like Meghan Markle,” said co-presenter, Alex Beresford. “You’ve made that so clear a number of times on this program — a number of times — and I understand that you’ve got a personal relationship with Meghan Markle or had one and she cut you off. She’s entitled to cut you off if she wants to. Has she said anything about you since she cut you off? I don’t think she has, but yet you continue to trash her.”