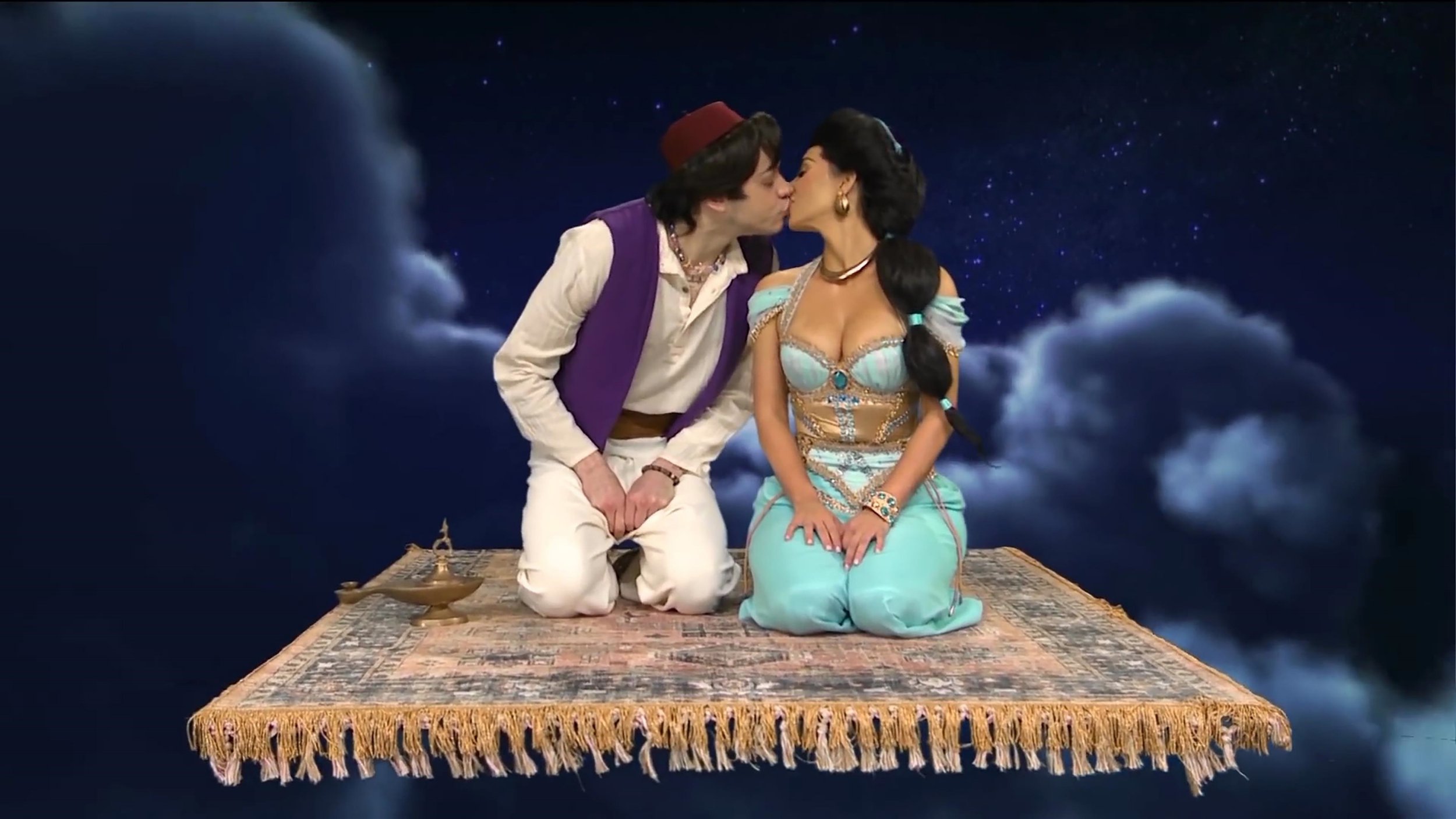 The showbiz world is obsessed with whether Pete Davidson and Kim Kardashian are just friends or actually an item – and Pete knows it.

The Saturday Night Live comedian poked fun at the romance rumours while giving us absolutely no details during an appearance on Late Night with Seth Meyers on Monday night.

Seth clearly knew what the audience wanted, as he was met by cheers when he said: ‘I want to address something—I feel like I want to confirm if it’s real or a rumour.

‘This is something you’ve been reading a lot about in the press. We appreciate you doing it here.’

Playing along, Pete said: ‘I’ve been wanting to talk about this because there’s a lot of people I walk by, people are like whispering and making eyes at me. But it is true.’

However, instead of going public with Kim (we can only dream), the 27-year-old said: ‘I do have a show on Tubi coming out.’

He added: ‘A lot of people are shocked that I could get on a show like Tubi.’

Pete was referencing his new animated series on the Fox streaming service Tubi called The Freak Brothers, which also features the voices of Woody Harrelson, John Goodman and Tiffany Haddish.

In the show, which is set to premiere on November 14, a group of stoners get high and wake up 50 years later.

Pete didn’t address the Kim rumours any further on the show, so we guess we’ll have to keep our eyes fixed on Staten Island for a while.

The stars appeared in an SNL sketch together back in October, with Pete, dressed as Aladdin, kissing Kim, who was playing Jasmine.

Soon afterwards, Kim, 41, was pictured holding hands with Pete on a rollercoaster on a Halloween night out with friends including Kourtney Kardashian and Travis Barker.

While sources insisted the pair are just friends, a body language expert suggested that friends would possibly act differently.

Then, speculation was ramped up when Kim visited Pete’s home of Staten Island for a private dinner.

The possible coupling has everybody freaking out, but Pete is known for his high-profile relationships.

Over the past few years, the comic has dated Kate Beckinsale, Kaia Gerber, Margaret Qualley, Cazzie David and Phoebe Dynevor, while he was also briefly engaged to Ariana Grande.

Meanwhile, Kim filed for divorce from husband of six years Kanye West back in February.