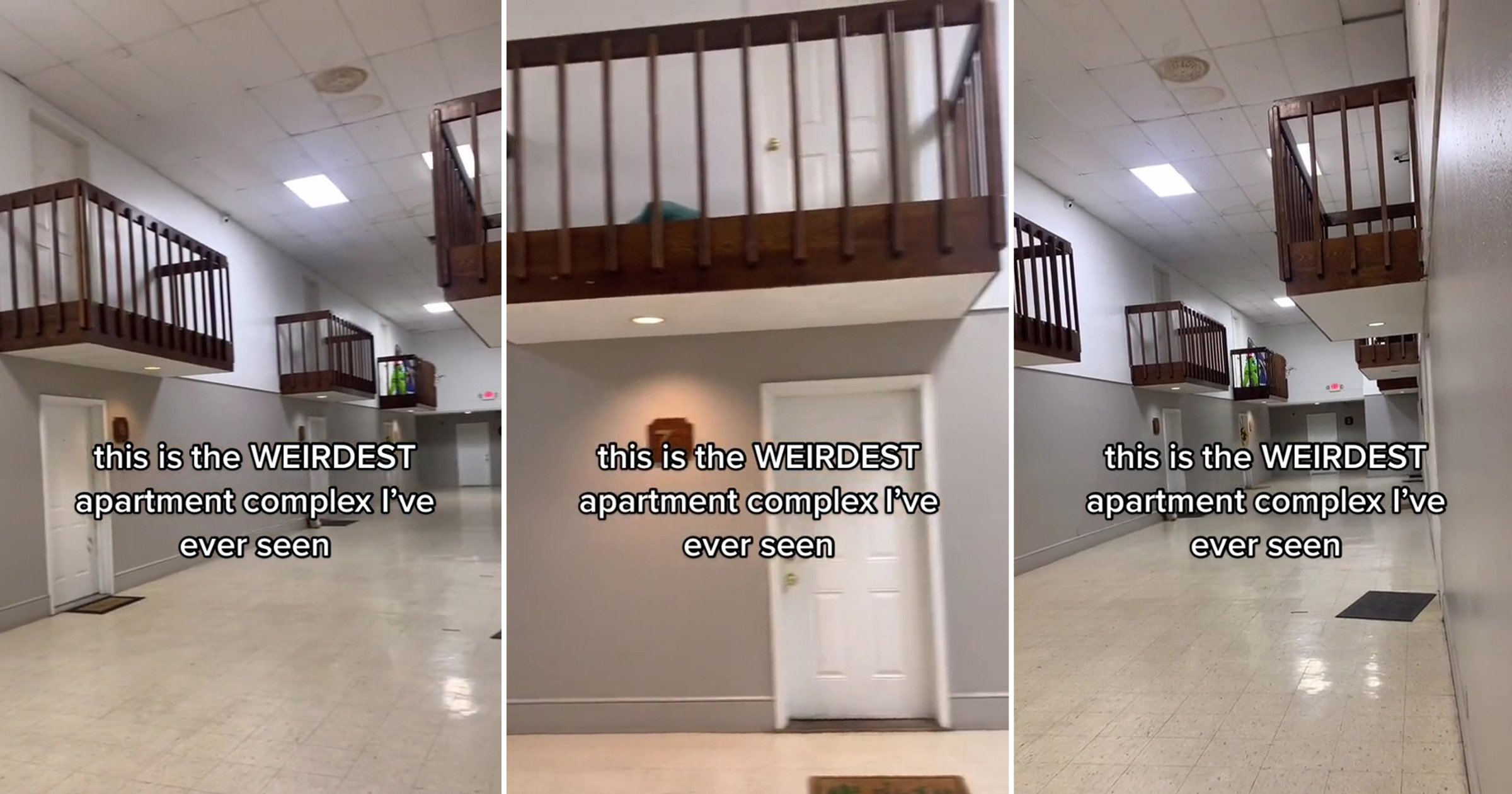 People are severely creeped out by a video of a strange apartment complex that features balconies that overlook the main hallway – indoors.

Rachel, a medical student from Blacksburg, Virginia, shared the clip of the weird design on her @rayyy.of_sunshine TikTok account.

‘This is the weirdest apartment complex I’ve ever seen,’ she captioned the clip, which has been viewed more than 3.6 million times.

The hallway has ten balconies – five on each side – and they all face each other.

But you won’t be doing any basking in the sun on these balconies, because the hallway doesn’t even have any windows.

Some viewers were totally spooked by the design, claiming that the bars on the balconies made them look like tiny prisons – or something straight out of a horror movie.

‘I thought they were so weird and unique,’ she says. ‘The building is really old, so it was just kind of eerie, reminding me of a liminal space.’

Rachel’s post has racked up more than 400,000 likes and nearly 10,000 comments, with many viewers agreeing with her assessment that it’s ‘so weird.’

‘Whose idea was it to put the damn balconies inside?’ one person asked.

‘Every door will lead you inside, never outside. Horror movie vibe,’ someone else responded.

Understandably, people also really wanted to know why the balconies were inside, and Rachel later shared a follow-up video explaining why they exist.

According to the TikToker, some of the apartments don’t have any windows, which doesn’t meet the fire code.

‘But if they have a balcony, then it’s fine,’ she deduced, ‘because then if there’s a fire, they can jump from the balcony.’

A windowless apartment with an indoor balcony? We’re not exactly sold.