Ozark is a popular crime drama series on Netflix which follows the Byrde family, who flee to the Ozarks as a result of a failed money-laundering operation. They face trouble from the Navarro drug cartel, for which Helen Pierce (played by Janet McTeer) is the lawyer. Stunt co-ordinator Hiro Koda has spoken exclusively to Express.co.uk about how her seemingly simple death scene was really executed.

How did Helen Pierce die?

Season three of Ozark landed on Netflix earlier this year and fans were shocked to see some exciting twists.

Helen Pierce was known for causing a lot of torment throughout the latest series, and she ended up being tortured by Navarro’s (Felix Solis) men.

They suspected her family might have known of her involvement in their plan, but she manages to avoid further punishment.

Helen was appearing to be the dark horse as she planned to take over Marty (Jason Bateman) and Wendy’s (Laura Linney) business and have them killed.

But she saw her demise in a brutal way after travelling to Mexico with the Byrde’s for a Christening. 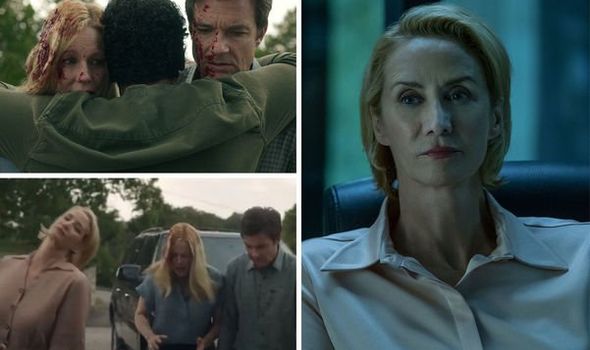 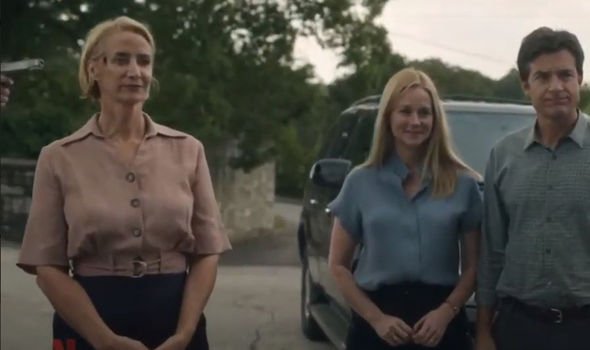 She ended up being shot dead while with Wendy and Marty, who were meeting Navarro, and fans were left in shock.

Hiro Koda said the scene may have looked like a simple death, but it actually took a lot of precision to get it exactly right.

He said: “No CGI was used in Ozark apart from some gunfire when the actors were standing close together.

“When Helen was killed at the end, that was a very challenging sequence to do. It turned out perfectly and looked amazing but we had to work out her placement. 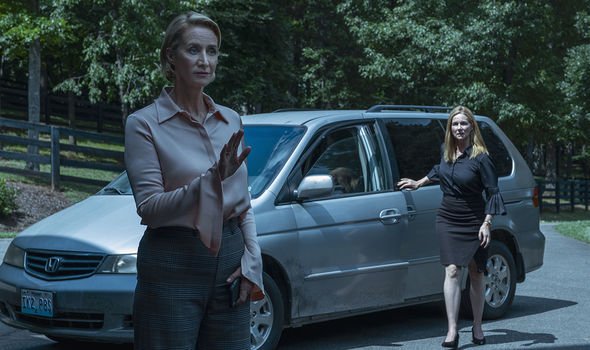 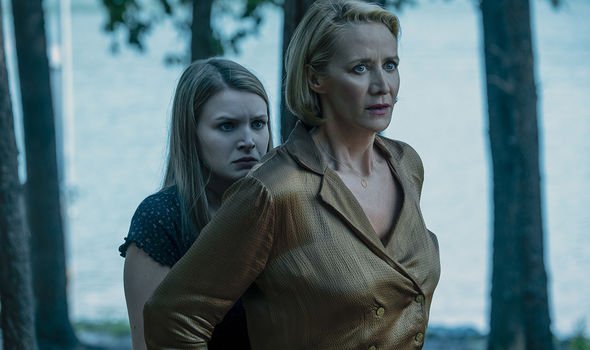 “We had to work out how much debris and blood would come out on top of Wendy and Marty, and seeing her fall – there were no stunt doubles. It’s about precise timings.”

Her death scene in episode 10 of the third season lasted a matter of seconds, and it sees Navarro welcoming Helen and the Byrdes outside a church.

He thanks them for coming, before one of his men points a gun to her head from outside the frame, and shoots her in the head.

She falls to the ground, leaving Wendy and Marty covered in her blood, before Navarro walks up and embraces them both.

Fans were reeling at the jaw-dropping moment as they had always considered Helen to be the untouchable character.

Viewers have been watching the death scene on YouTube and they continue to feel shocked when they see Helen drop dead.

One fan said: “Am I the only one who replayed this part about five times because they couldn’t believe what just happened.”

Another fan said: “That gun shot came out of nowhere, it rarely happens to me that a gun shot in a scene scared the hell out of me like this.”

As Koda said, Helen took on the scene herself and she was tasked with dropping to the ground in a way which looked as if her body was lifeless.

She would have landed on some sort of crash mat, with a separate sound indicating she had hit the ground. 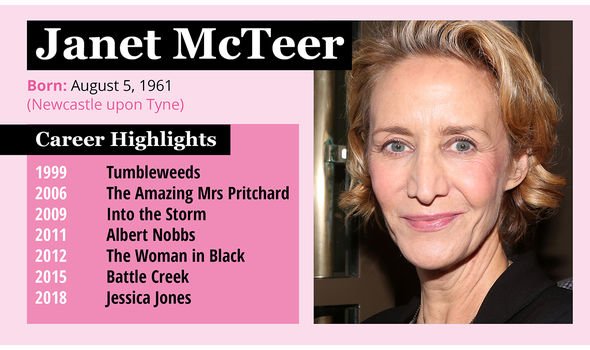 Stunt doubles have been used elsewhere throughout the series, and Koda mentioned, in particular, the shootout in the chapel in episode 10.

He said: “That was all stunt people in the room, there were 25 people and they had 10 seconds to kill each other. I have a core team of stunt doubles I work with and I continue to use them.”

Koda is an American stuntman who is talented at martial arts and motocross, and he was introduced to the stunt industry in 1986.

He is known for his work on Power Rangers and has been nominated for a number of stunt awards, having worked on more than 100 films and TV shows.

He said the whole cast and crew in Ozark had been great fun to work with, and he praised Jason Bateman for his direction.

Ozark is available to watch on Netflix now.