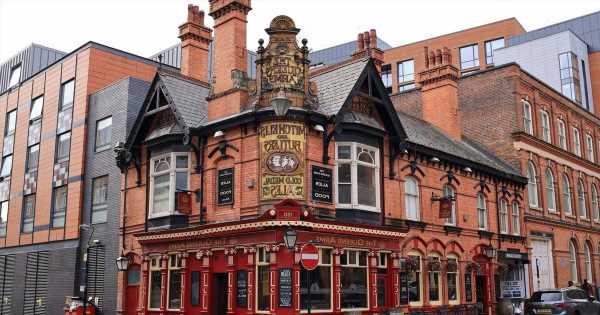 TV lovers have named Tower Bridge in London as the top as-seen-on-TV location they would love to visit – after it featured in BBC spy thriller, Killing Eve.

More than half (53%), of 2,000 adults polled, have booked a trip or a day out to a destination purely because their favourite movie or TV show was filmed there – and 58% said it was even better than they expected.

Other top wish list sites that have been seen on screen include the iconic cobbles of Coronation Street, in Manchester, and Holmfirth in West Yorkshire, where Last of the Summer Wine was filmed.

And Cornwall draws throngs of TV fans, with hit shows including House of the Dragon, Poldark, and Doc Martin having been filmed around the county.

The research was commissioned by megabus, which has teamed up with TV fanatic, Alex Zane, to launch a series of new, free travel guides, featuring some of the nation’s silver screen hotspots.

Alex went on a show-stopping tour of the UK, visiting some of the must-see places that feature in the guides – including Paton Street in Manchester (It’s a Sin), Carnaby Street in London (I May Destroy You), and the Queen’s Arms in Birmingham (Line of Duty).

He said: “As a TV and film superfan, I was thrilled to be part of the ultimate telly treasure trail across the UK.

“I had so much fun on my very own “mission impossible” in Birmingham, doffing my cap to Peaky Blinders in Manchester, and tucking into a fry-up at Top Boy’s “Number One Café”, and much more.

“It’s no wonder 58% of Brits said a filming destination they’d seen in a TV show or film was better than they expected.”

The study also found one in five superfans (19%) would travel more than 200 miles to visit somewhere they’ve seen on TV, while 22% would spend over £200 to get there.

Despite this, one in seven (14%) have missed out on visiting a specific destination because of the travel costs involved.

For some, it seems the interest in filming locations began at a young age, as 21% have been compiling a wish list of places they would love to visit since they were little.

And 28% have even dreamed of travelling to a location since seeing it on TV as a child.

Almost two-thirds (62%) have taken themselves on a guided tour of certain filming destinations, while 38% have booked one with a professional.

Wanting to recreate a well-known scene (26%) was the top reason for visiting where their favourite show was filmed, while 24% went for the social media selfie.

And a quarter have even gone there in the hope of bumping into one of the cast members.

It also emerged nearly a third (31%) tune into certain programmes purely for holiday inspiration, according to the OnePoll study.

Those under 35 seem to be leading this trend, as 30% claim TV and films are their main motivation when travelling in the UK.

Mark Venables, at megabus, said: “While we all love a good TV binge, there’s nothing like visiting the actual place where a much-loved movie or TV show was filmed to bring it to life.

“And with 45% of people planning a trip before the end of the year based on their favourite show, we hope our guides offer inspiration of where to go and what to see in some of the UK’s most famous TV destinations.”