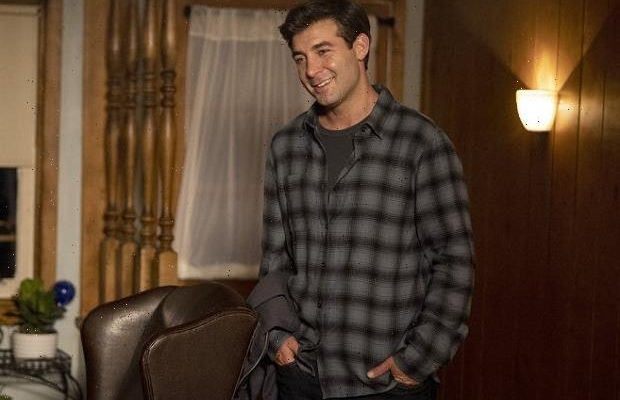 NBC’s Ordinary Joe explores three different “what if…?” scenarios, all fully realized and lived in — but could one of the timelines be the true one?

The new series (airing Mondays at 10/9c) stars James Wolk, whose character Joe must make a pivotal choice at his college graduation ceremony: ask out Amy (played by Natalie Martinez), meet up with his best friend/sometimes girlfriend Jenny (Elizabeth Lail) or go to dinner with his family? If he goes down the first route, Joe and Amy are husband and wife in 10 years, and he’s become a famous rock star, but the couple is struggling to start a family. In the second timeline, nurse Joe and Jenny are married with a son, but their marriage is in trouble. Finally, in the third scenario, Joe is a single cop who reconnects with Amy. Each life is filled with its own happiness and difficulties — and is completely valid.

“There is no real world. It’s all a real world,” Wolk said during a Television Critics Association summer press tour panel for the show. “None of them are a fantasy or like he’s dreaming the other two, like Walter Mitty-style.”

Similarly, none of Joe’s choices are more “correct” than the others. “I don’t think there is a right way that Joe should have gone. In fact, I know there isn’t,” Wolk added. “There’s just life that happened. It’s playing with the idea that he married one woman in one life, he married another in another life, he didn’t get married in the third life. And none of those lives are better than the other; they’re just the way that life played out for him.”