OLLY Murs and Mark Wright were in a cheeky mood on Friday as they trained for Soccer Aid 2020.

Olly, 36, and Mark, 33, took some time out of practicing their footy skills in Manchester to have a laugh and one celeb was the butt of the joke. 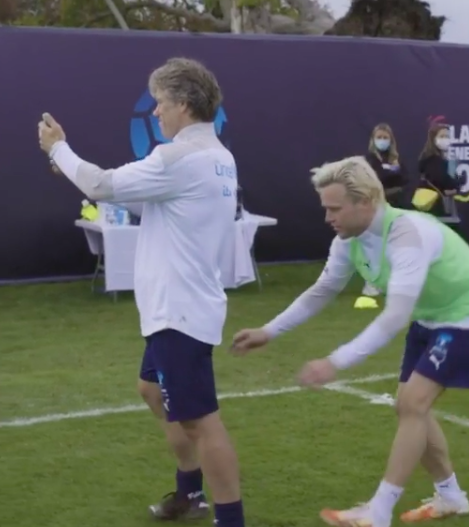 In a hilarious video posted on Olly's Instagram page, the former X Factor star can be seen prepping the prank alongside Mark as he tells him: "Right, tie your shorts up. We are gonna pull some pants down!"

As Mark tells him: "They're done," the pair have a rather cheeky look on their faces before Olly makes his way over to comedian John Bishop.

As John, 53, is minding his own business and taking a photo of something on his mobile phone, Olly can be seen sneaking up behind in him.

In one quick move, the pop star yanks down John's navy blue shorts – and luckily the funnyman was wearing underwear with his sports attire. 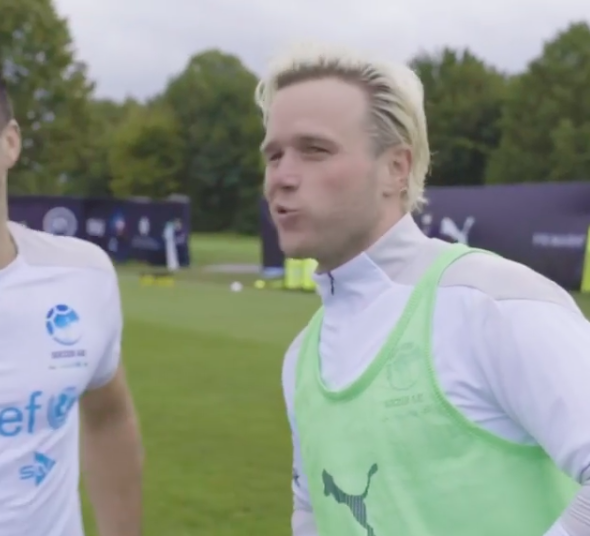 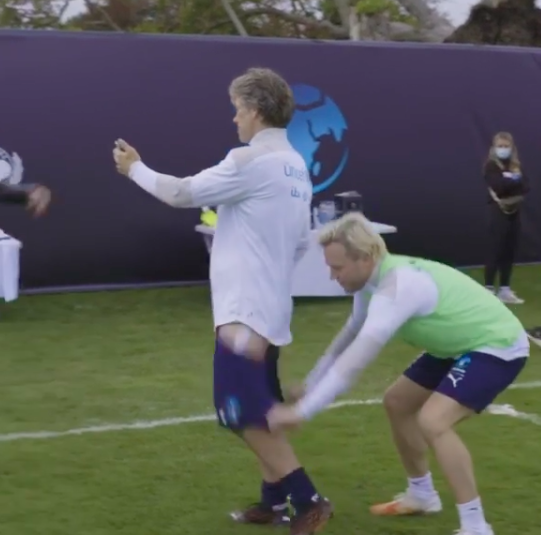 The hitmaker quickly ran off while John looked stunned and quickly turned around to see who was responsible for his wardrobe malfunction.

However, instead of choosing to quickly pull his shorts back up, John began walking towards Olly and joked: "That made ya laugh!" 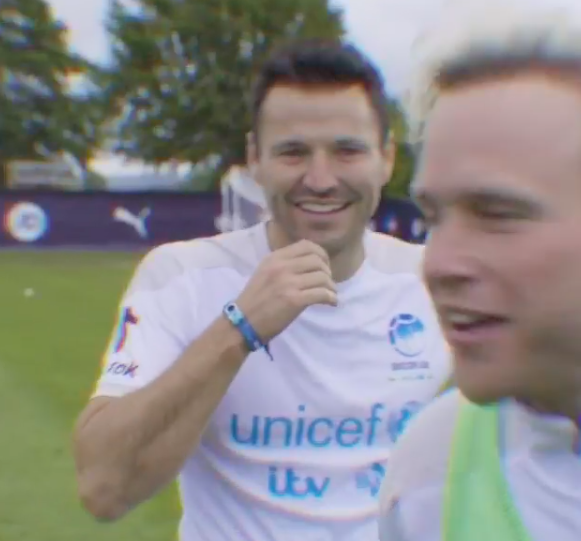 The former footballer clearly saw the funny side of it and obviously didn't mind Olly sharing the clip with his 3.4 million followers either.

Olly's fans found the video hilarious and took to the comments to call Olly a "troublemaker" in reference to his hit song.

Another person wrote: "Such a child….. I love it 😂😂😂," while a third added:"You and Mark always causing trouble having a laugh 😂 both as crazy as one another lol 😊." 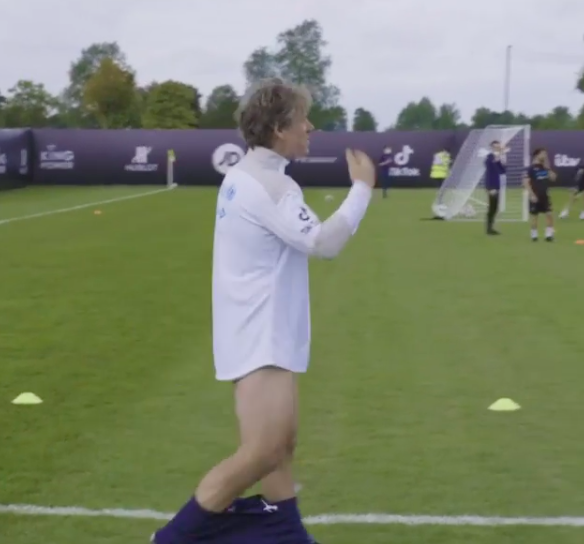 Fans are no doubt counting down the hours until they get to see Olly and Mark in action at this year's Soccer Aid event.

The charity match had originally been pencilled in for Saturday, June 6 – but will now take place on Sunday, September 6. 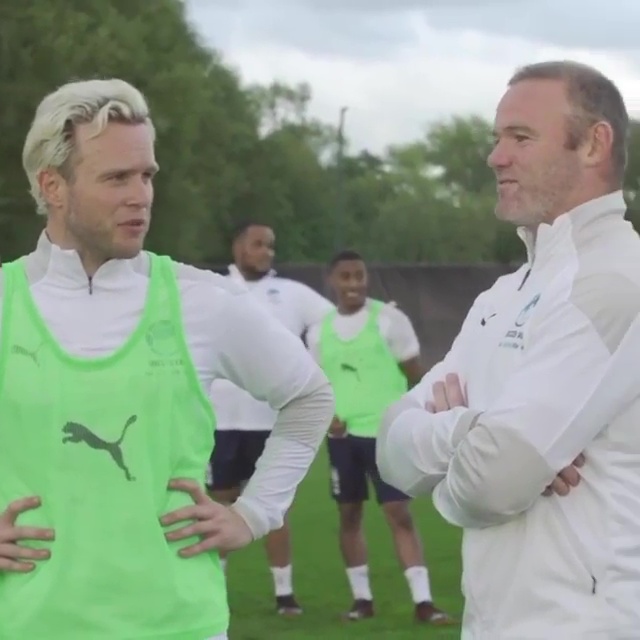 The game remains at Old Trafford, but there will be no fans in attendance because of the global coronavirus pandemic.

Soccer Aid for Unicef has raised over £38million since its inception in 2006.