House of the Dragon: Considine on playing King Viserys

King Viserys (played by Paddy Considine) was put through the wringer during the first episode of HBO’s Game of Thrones prequel House of the Dragon. Desperate for a male heir to take the throne after him, he was adamant pregnant wife Aemma Arryn (Sian Brooke) was holding a boy. However, in true GOT fashion, the birth ended in gut-wrenching circumstances.

With the baby in breach, Viserys took the devastating decision to have his child born via a cesarian – a decision he knew would cost Aemma her life.

Viserys could only watch on in anguish as Aemma was pinned to her bed and listened on helplessly to her wails as the maesters got to work getting the baby out.

As if the grief of watching his wife die wasn’t enough, House of the Dragon viewers were left in tears when it transpired the baby boy also didn’t make it.

Viserys’ choice ultimately lost him both his wife and male heir to the throne and left the king inconsolable – especially when his High Council wasted no time in raising the issue of who his heir would be. 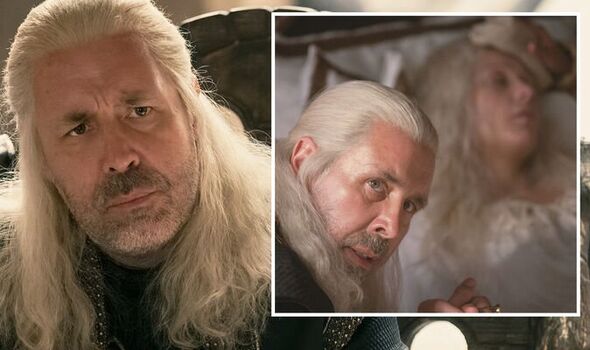 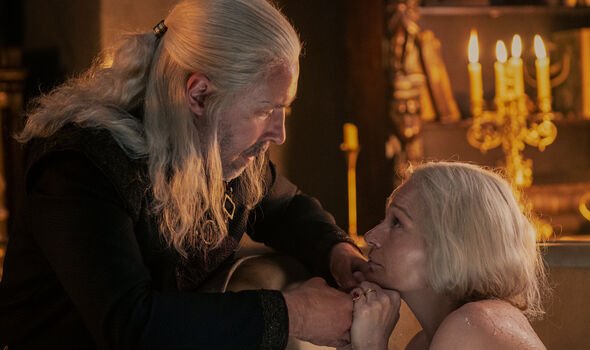 While it left Considine’s character a wreck, it also sparked quite the divisive reaction among House of the Dragon viewers, many of whom expressed their desire for “justice” for Aemma and slammed the decision to kill her off in the very first episode.

Speaking to Annie Macmanus on BBC Radio 6 on Thursday, however, Considine defended his character’s heartbreaking decision.

Macmanus put to Considine that viewers found it difficult to decide whether Viserys is a “good guy or a bad guy” before admitting the ending and Aemma’s death sparked a “lot of rage”.

Considine replied: “Do you know what? I saw his complexity, and he’s not a bad guy by any means. 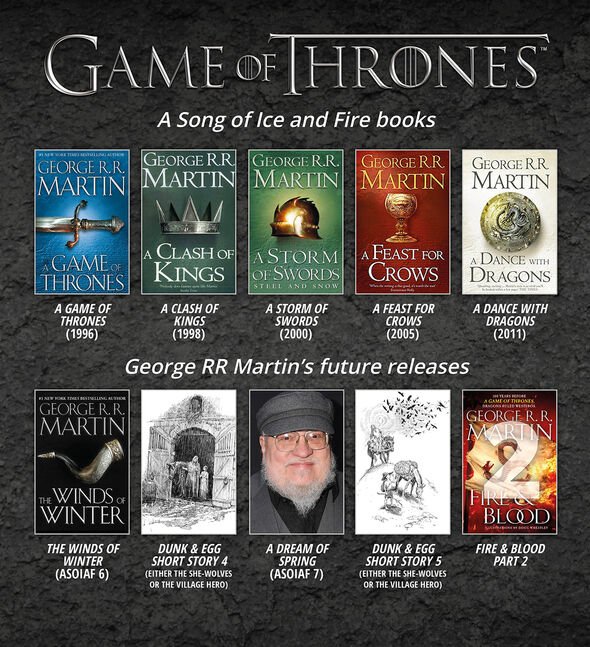 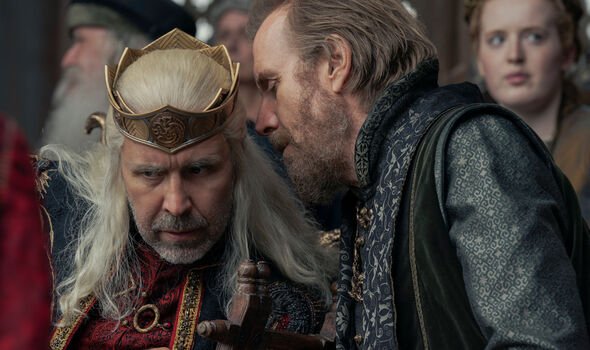 “He’s somebody who thinks he’s making the right decisions. I don’t know what I can say about the first episode without spoiling it but there’s a very, very pivotal moment in it and I think people are getting it confused a little bit.

“But the decision he makes in that episode, what he puts his wife through, that kind of changes him for the rest of his life.

“That event, he never recovers from that kind of event,” Considine revealed. “So he’s a good man but he’s not a great king.

“He’s not a ruler, he’s not a tyrant, he’s not corrupted by power, all the things you’d think a king would enjoy – he’s not like that.

Elsewhere in the interview, Considine delved into what it was like working with co-star Matt Smith, who takes on Viserys’ brother Daemon.

Heading into the second episode of the series, Daemon is on the warpath after being ousted from the line of succession by niece Rhaenyra (Milly Alcock).

Considine quipped: “He’d (Smith) probably go, ‘I’m not a villain!’ But none of this is sort of simple.

“We had a great time working together, we did. We really got on well, really pushed the work and found more depth in the scenes.

“All of that boring actorly stuff that when you talk about it it sounds like nonsense but it works really well in the show.

“There were some scenes that we definitely made better in the show because we committed to finding something else in the material.

“So it was great working with Matt,” Considine added – but how will Daemon and Viserys face-off going forward given the king’s drastic decision to remove him as heir?

House of the Dragon airs Sundays in the USA on HBO and Mondays on Sky Atlantic and NOW in the UK.