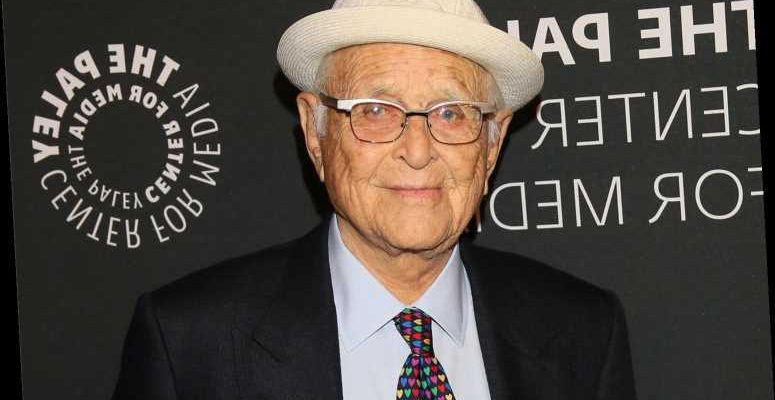 On Sunday evening, ahead of becoming the third-ever recipient of the Carol Burnett Award at the 2021 Golden Globe Awards, the 98-year-old actor shared his thoughts on the controversy surrounding the Hollywood Foreign Press Association's lack of Black members.

Sharing his thoughts in a candid video posted on Instagram, Lear began his message by detailing his excitement to be a part of the ceremony, before he also noted, "I'm thinking too about the Hollywood Foreign Press and the fact, as they will talk about tonight — it's on everybody's mind — that they have been existing all these years without so much as an African American leader among them. There hasn't been one."

"And I know it's on everybody's mind," he continued. "I'm eager to hear what they have to say about it."

Closing out his message, Lear added: "And I know that the future will see us all working together. Black, brown, white, all of us. Bless us all."

Earlier this month, the Los Angeles Times published a new report about the members of the HFPA, which is a small group of 87 international journalists that determine the nominees and winners of the Golden Globes each year.

Published exactly a week before Sunday's 78th annual ceremony, the report claimed that the HFPA has several members of color, but no Black members. For many years, the group has allegedly limited its membership due to concerns over competition, the report also stated.

In response to the lack of Black members, an HFPA representative told the LA Times that the group is aware of the issue and is "committed to addressing" it.

The Golden Globes are also expected to address the controversy head-on during Sunday night's ceremony, according to a statement given by Karamo Brown during E!'s Golden Globes red carpet special. The Queer Eye star cited "sources" who told him.

During the Golden Globes, Lear — who is known for creating groundbreaking comedy series such as All in the Family, The Jeffersons and Good Times — will receive the Carol Burnett Award.

The honor is presented annually to an honoree who has made outstanding contributions to the television medium on or off the screen, and was first introduced at the 76th Annual Golden Globe Awards.

Previous recipients include Ellen DeGeneres (2020) and its namesake, Carol Burnett (2019).

"Norman Lear is among the most prolific creators of this generation," Ali Sar, president of the Hollywood Foreign Press Association, said in a prior statement. "His career has encompassed both the Golden Age and streaming era, throughout which his progressive approach addressing controversial topics through humor prompted a cultural shift that allowed social and political issues to be reflected in television."

Sar added, "His work revolutionized the industry and the Hollywood Foreign Press Association is honored to name him as the 2021 Carol Burnett Award recipient."