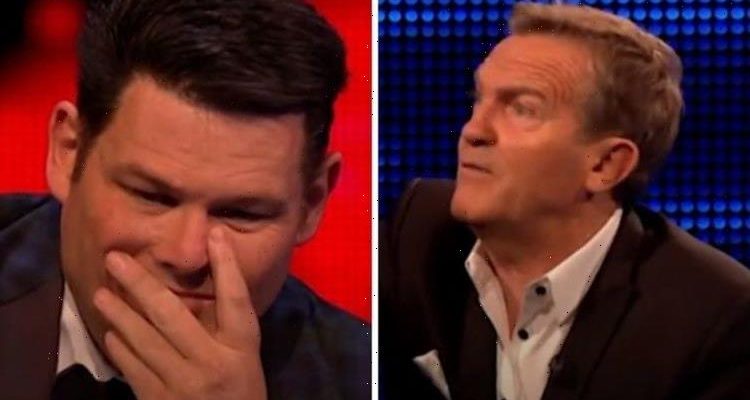 The Chase presenter Bradley Walsh, as well the contestants, were left stunned on Thursday’s episode as Mark ‘The Beast’ Labbett seemed to think a popular Christmas song included lyrics about vaping. It came as the ITV show aired a celebrity Christmas special featuring festive-themed questions. After Mark’s blunder, Bradley was shocked and exclaimed the Beast had “never done that” before.

During Josie’s round, she and Mark were asked: “Which of these feature in the lyric of ‘The Twelve Days of Christmas’?”

The options were Barons a-bouncing, Lords a-leaping and Viscounts a-vaping.

The audience laughed as the last choice was read out.

The comedian replied: “Yeah, I’d love it if it was the vaping one, but it’s definitely Lords a-leaping.”

Bradley replied: “The correct answer is…” as the Lord a-leaping option flashed green.

The contestants were stunned as it emerged Mark had selected ‘Viscounts a-vaping’ as the answer regarding the well-known Christmas carol.

“Don’t ask me why, but I read ‘which of these do not feature’,” the Chaser explained.

“Read the question!” Bradley repeated. He added: “We are now three steps ahead of the Beast, it’s a good omen.”

Turning back to Mark, he added: “You’ve never done that before!”

“Can I just say, if you want to do it again and again just treat yourself!” Josie quipped.

The players competed against each Chaser but would have to defeat Shaun ‘The Dark Destroyer’ Wallace in the Final Chase to secure the money for their charities.

Shaun faced an unlucky round, leading to the contestants winning an impressive £35,000 each to donate to their respective causes after splitting an enormous £140,000 jackpot.