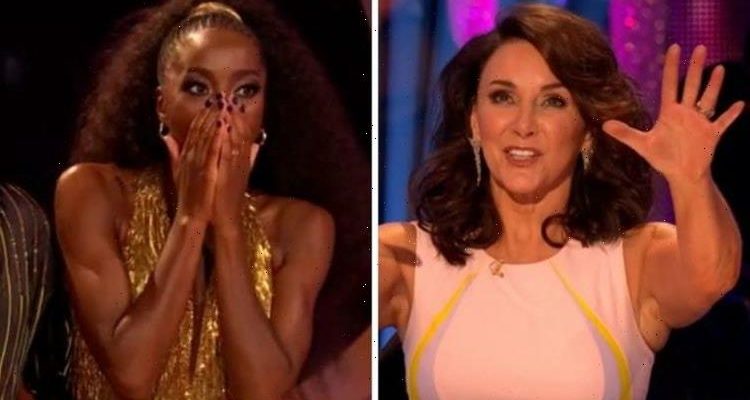 Strictly Come Dancing: 'We will all be there' says Motsi Mabuse

The TV presenter took to the dancefloor alongside her professional partner Kai Widdrington, where she sported a golden dress to perform a lively jive, deemed “absolutely incredible” by Craig Revel Horwood. She managed to break a Strictly Come Dancing record with a nine from Shirley Ballas in the first week, as fans of the BBC show applauded the performance.

Following the fast-paced dance, an out-of-breath AJ commented: “I usually go out running to that track, now I’m dancing to it!”

“It was fantastic,” host Tess Daly told her. She asked Anton: “As week one jives go, how was that?”

Stunned, the 55-year-old former dance contestant replied: “About as good as I’ve ever seen I think!

“I mean we’ve just dropped into week nine or something, not week one.”

He continued: “There’s not much to say, it was absolutely remarkable. Completely brilliant.”

The normally-dreaded judge Craig Revel Horwood commented: “AJ, darling you need to control your mother – she has had me in a headlock all the way through that.

“I loved it, incredible. Absolutely incredible.” AJ appeared in disbelief as she responded: “Oh my God!”

“For me, until now so far this was the best dance of the evening without a doubt,” next judge Motsi Mabuse raved.

She repeated: “The best dance of the evening.”

Shirley Ballas gleamed as she reported: “Lights camera, action, and absolutely no fear.

“You took no prisoners, I have never, in any country, seen a jive like that on week one. Absolutely outstanding!”

Fellow host Claudia Winkleman asked the 33-year-old: “Can we discuss those comments just for a second?”

The trio watched as the judges gave their scores. Craig and Motsi offered eights, while Shirley and Anton gave nines.

“I have to tell you” Claudia began. “You are top of the leaderboard and that’s the first time Shirley has ever given a nine in week one!”

Viewers at home also admired the impressive jive, with Jessica tweeting: “AJ Odudu has eaten this whole dance up & slayed in this golden outfit #StrictlyComeDancing.”

Shark Woman agreed, commenting: “AJ and Kai got 34 points! In week ONE! #StrictlyComeDancing.”

“What a brilliant show! AJ – for the win! Or John, or Greg or Adam or Ugo. #StrictlyComeDancing,” penned Dovere.

Strictly Come Dancing continues on Saturday at 7pm on BBC One.