An ex-wife from Mr. Big’s past is returning for the upcoming the Sex and the City reboot, And Just Like That...

On Monday, Bridget Moynahan was spotted on the set of the highly anticipated HBO Max show. While filming in New York City’s SoHo neighborhood, the 50-year-old actress wore a Stella McCartney khaki skirt and a pale blue top.

Stars Sarah Jessica Parker, Cynthia Nixon, and Kristin Davis were also spotted filming on Monday, though not with Moynahan.

SATC fans will recall that Moynahan famously played Natasha, the second wife of Mr. Big (Chris Noth), whom he cheated on with Carrie Bradshaw (Parker). Moynahan appeared in seven episodes of the original series. 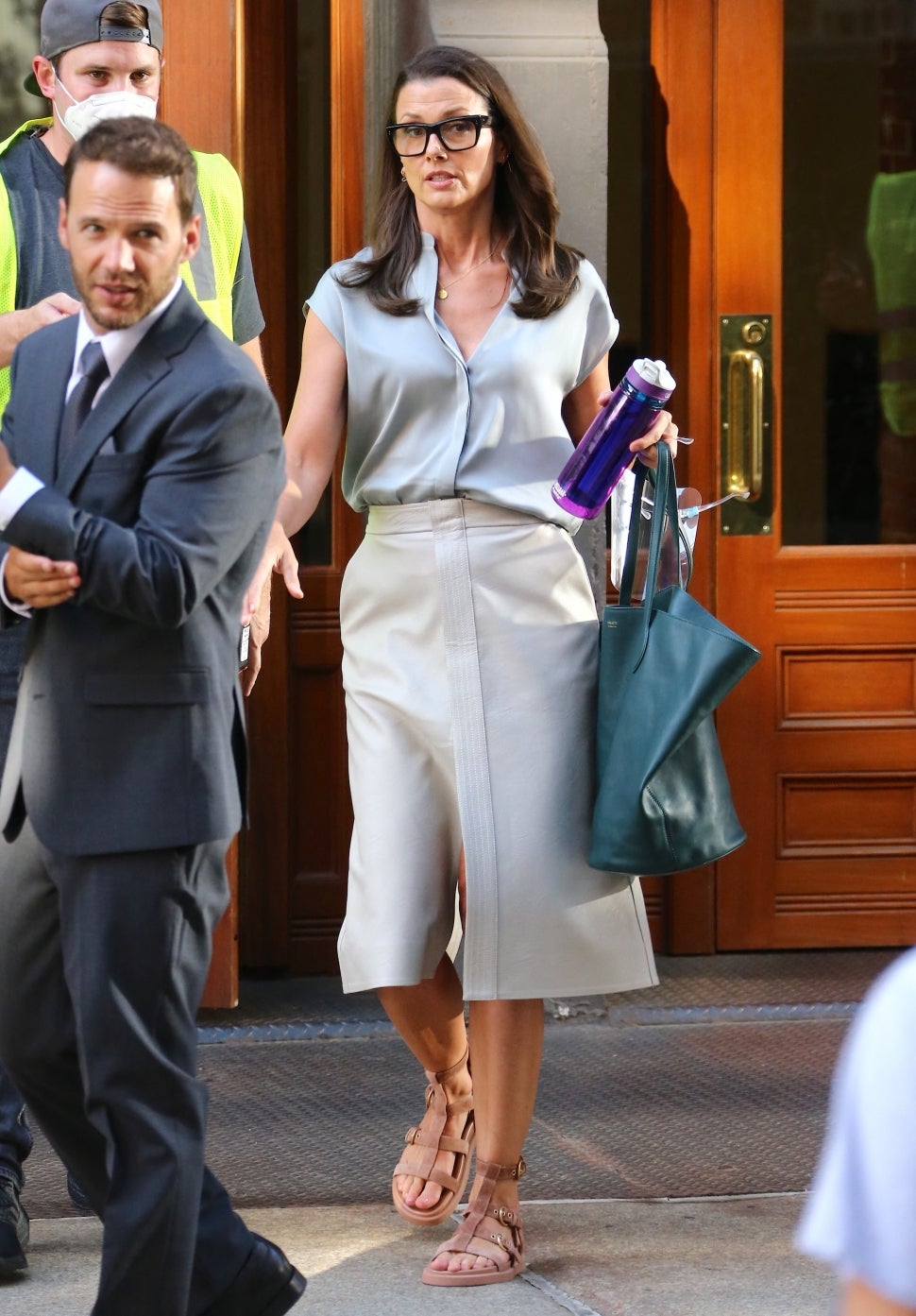 Natasha discovered Mr. Big’s infidelity in a dramatic fashion that involved her falling down a flight of stairs and chipping her tooth.

Carrie went on to marry Mr. Big in the first Sex and the City movie and Noth has signed on to appear in the reboot. The 66-year-old actor recently revealed that he was on the fence about reprising his famous role.

“It was a little bit of a sort of creative negotiation because I didn’t really feel I had anything to offer in that role again. It kind of felt like I had done it,” Noth told Yahoo Finance Live in June. “But [executive producer] Michael Patrick King is just an incredible writer and has incredible creative ideas. Once we got together and talked about the potential of what we could do with the character, I was all in.”