TheWrap Screening Series: The directors of 2018’s ‘RBG’ and collaborators discuss their new film about a civil rights trailblazer 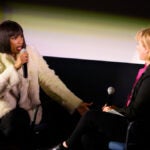 The conversation covers the production team’s eventful visit to the Schlesinger Library at Harvard University, where 141 boxes of material related to Murray were stored. The boxes contained letters, photographs, diaries, poetry, and even audio tapes of interviews.

“We really benefited from the fact that Pauli saved so much material and made sure it all went to an archive,” West said in the video above, while noting that the material was hugely important in the making of the film – and in the Murray’s cultural legacy. “Pauli’s name is rising, especially with a younger generation. The archivist said that the Pauli Murray collection is the most requested in the whole library.”

Cohen continued, “Pauli’s voice is so clear in all of these dozens of hours of audio and a little bit of video that it seemed like it was going to be able to tell the story very strongly in Pauli’s own words.”

“In some cases there was no footage,” he said. “Like when [Murray] was arrested on a bus. But we wanted to get a sense of who [Murray] was so you could connect and relate. The approach became like world building and creating an environment and a texture. A feeling like you’re in the space so that when you do see Pauli’s image, maybe just for a brief moment, you’re not aware that [we didn’t have] a lot of images of Pauli.” 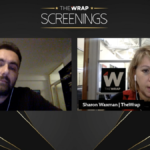 He added with a smile, “It was kind of like the shark in ‘Jaws.’ We had to make the most of the moments we had.”

Murray was identified with “she/her” pronouns while alive and in writing over the past 35 years, though many scholars today encourage the use of gender neutral, or “they/them,” pronouns for Murray.

During the conversation Cohen discussed Murray’s non-binary identity. “In my mind, the biggest surprise was seeing the letters that Pauli was writing to doctors as early as 1940, asking for the testosterone treatment or exploratory [gender confirmation] surgery at a time when there wasn’t a word for transgender. Science wasn’t ready for Pauli. Pauli’s thinking was way ahead of where the popular science was.”

“My Name Is Pauli Murray” is available now to stream on Amazon Prime.