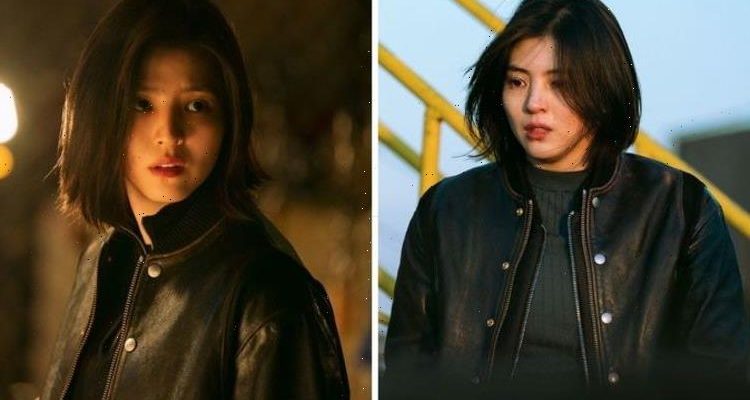 My Name comes hot off the heels of the success of Netflix’s Squid Game, bringing together a new ensemble South Korean cast. This series follows a woman’s quest for vengeance as she implants herself into the police to track down her father’s killer. Express.co.uk has all the details on the main cast.

Who is in the cast of My Name?

My Name is an eight part South Korean drama which will premiere its full season on October 15.

Netflix is once again betting big, hoping to ride Squid Game’s wave of success from the past few weeks.

The show is bringing together a popular South Korean cast that will be new for Western audiences.

Express.co.uk has all the information on who this ensemble cast is.

Leading the series as the undercover criminal is Han So-hee who will be starring as Yoon Ji-u.

Ji-u has taken matters into her own hands, relentlessly looking for any information she can on who is responsible for her father’s death.

She has trained for and graduated into the police force where she will work undercover to find the information she needs.

So-hee has already starred in several shows in South Korea, including Algoissjiman, The World of the Married, Eobiseu, and 100 Days My Prince.

The star has been sharing plenty of behind-the-scenes snaps of My Name on her Instagram, recently teasing some of the action in the show as she showed herself covered in fake blood.

In the show’s action-packed trailer, Ji-u can be seen saying: “I’m willing to be… a monster.”

Also joining the series in an unspecified role is Park Hee-soon as Choi Moo-jin, though he looks to be taking on an antagonist role.

Hee-soon has been staring in South Korean projects for nearly 30 years, but this will be his big break in the West.

Some of his recent projects include Beautiful World, Sunkist Family, Monstrum, and Snatch Up.

Co-leading the show is Ahn Bo-hyum as Jeon Pil-do, another officer in the police force.

It isn’t clear if Pil-do will be an ally to Ji-u or not, but he will likely take on a morally grey stance during the chaos and violence of the proceedings.

Since making his on-screen debut in 2016, Bo-hyun has already made his mark in the TV world.

Starring in shows such as Yumi’s Cells, Kairos, and Itaewon Class, Bo-hyn has become a popular star in South Korea.

In a surprising move for the star, Kim Sang-ho is joining the show in their first acting role.

Sang-ho is primarily known for directing and producing, though is not working behind the camera on My Name.

Some of Sang-ho’s directorial credits include Money Game, Spring Must Be Coming, Ping Pong Ball, and Splendid Politics.

As a relative newcomer to acting, Lee Hak-joo joins the cast with a blank slate.

Having only starred in a small number of short films, the star will be new to audiences in South Korea and the UK.

Another newcomer to acting, Chang Ryul currently has no other credits to their name.

Do Gang-jae will be their first on-screen performance, immediately taking on a major role in a Netflix series.

Netflix has been on a roll with South Korean dramas lately, with their other recent release Alice in Wonderland proving to be a hit as well.

My Name looks to be an action-packed ride, looking to be a cross between Infernal Affairs, which was later remade into The Departed, and John Wick.

My Name will premiere on October 15 exclusively on Netflix.