Writer-director Hong Khaou’s drama is a lyrical, ambiguous reverie, maddening at times and beautifully resonant at others 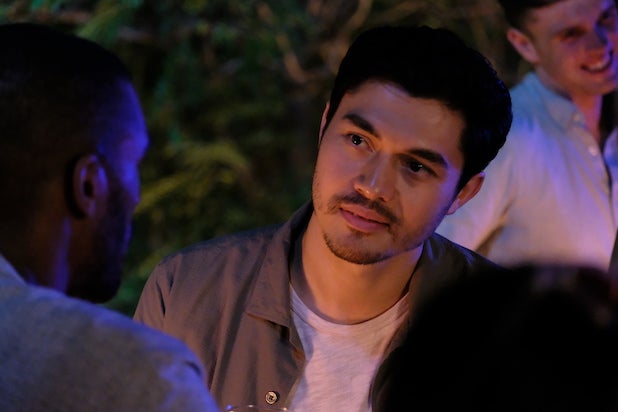 The title “Monsoon” implies a furious deluge of sorts, but there’s nothing overly dramatic on the face of writer-director Hong Khaou’s film of that name. The film feels like more of a gentle, melancholy rain, accompanied by a mist that makes things indistinct and foggy. Emotionally, the thunder may be there beneath the surface, but it’s well hidden by characters who’d rather quietly search than scream for answers.

And the film is elusive as well. Khaou, six years after his debut feature “Lilting,” has made another drama that crosses cultures and looks for home and family in the gentlest of ways. “Monsoon” is a lyrical, ambiguous reverie, maddening at times and beautifully resonant at others; it’s quietly disorienting, but deeply felt.

The film begins with an overhead shot of an intersection in Ho Chi Minh City, which was named Saigon when Kit (Henry Golding, “Crazy Rich Asians”) lived there as a child. The traffic is impenetrably dense and chaotic, a thicket of cars and motorbikes that seems almost impossible to safely navigate – and Kit, who left Vietnam when he was 6, sits in the back of a cab bewildered at what he’s seeing.

Even when he gets to a luxury hotel, Kit doesn’t seem any steadier on his feet. He sits in the hotel room, seemingly disoriented and tired; if we don’t know why he’s there, he doesn’t seem to know either.

You could say that the film is built around silences, with minimal dialogue and only the sparest use of John Cummings’ music. But it’s not exactly silence, because the hum of traffic rarely leaves the background as Kit has an odd, unsettled meeting with a childhood friend (David Tran) and then some halting conversation and quick, frantic sex with a fashion designer, Lewis (Parker Sawyers, “Southside With You”), he apparently met on a dating app.

Kit has vague, faint memories of Vietnam, but he struggles to feel at home or, really, to figure out whether he should be in a country his family left decades earlier. He talks about selling everything, about traveling – but he has his mother’s ashes, and he’s planning to maybe spread them somewhere, though he really has no idea where. When he talks on the phone to an unidentified person, we only hear one side of the conversation, and it’s clear he’s lost in more ways than one.

“It does feel odd,” he says into the phone, and then waits for a response. “It’s different now, isn’t it?” Pause. “I feel like a tourist.” Pause. “It just doesn’t feel right.”

“Monsoon” sinks into that feeling. There are long pauses between almost every sentence, with doubt, guilt and recrimination suspended in those silences. Kit doesn’t know the full story of why his family fled the country in the aftermath of the war; Lewis, the son of an American soldier who fought here, has his own troubled history. They find a brief refuge in each other as they come to terms with a changing Vietnam that haunts them in different ways.

“I wanted to keep things simple,” Kit says at one point when Lewis catches him in a lie. But things are never simple in this place where the memories are faint but fraught, where the incessant buzz of traffic is the soundtrack to a search for some kind of emotional foothold in the country Kit left behind.

It’s a gentle journey, and a times a frustratingly uncertain one, so tentative as to almost float away beneath the often luminous images. We see Kit through windows and in mirrors, and the film is so thoughtful and restrained that you can sometimes lose sight of the restlessness at its heart. But without saying much, Golding makes us feel that restlessness and displacement, giving a subtle edge to a story that might otherwise lull you into missing what’s always there beneath the surface.