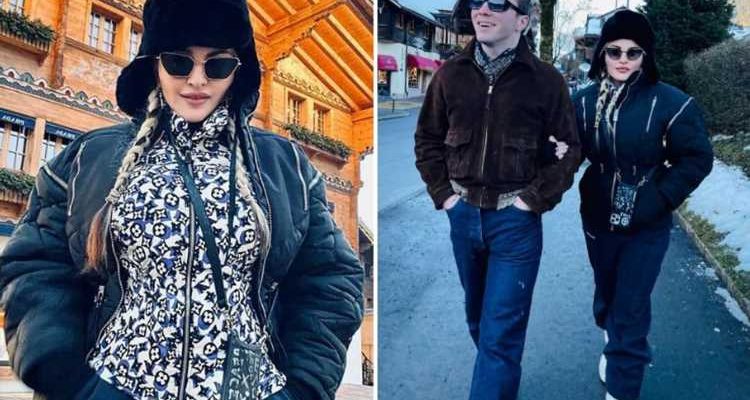 MADONNA cosied up to her son Rocco as they enjoy a family skiing trip.

The pop icon, 62, linked arms with her 21-year-old son as they went for a stroll as they holiday in what's believed to be Switzerland. 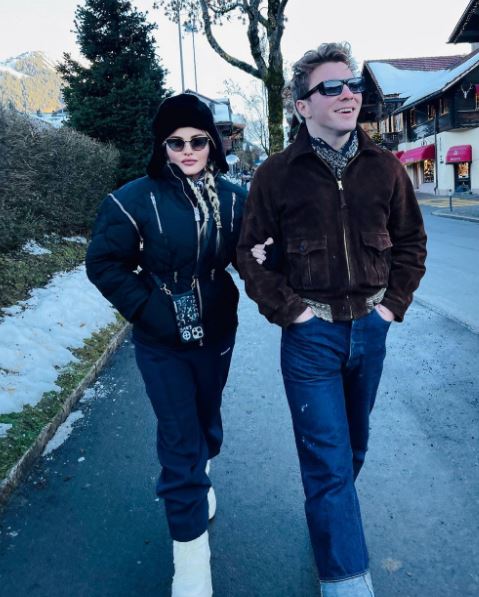 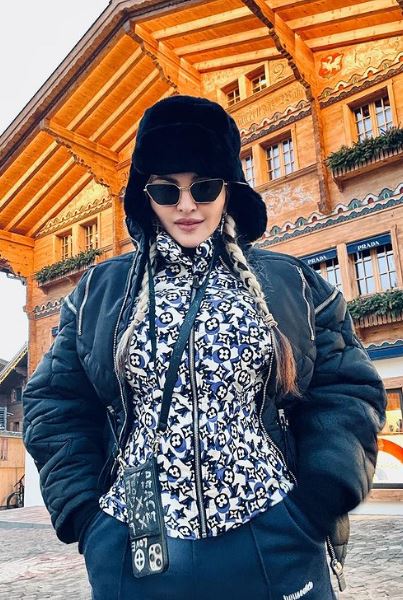 Sharing the snaps on Instagram, she wrote: "“I know a lot of fancy words,
I tear them from my heart and my tongue. Then I Pray.”

Meanwhile her son looked dashing in a retro pair of straight-leg jeans and a suede jacket.

Madonna and Rocoo – who she shares with film director ex-husband Guy Ritchie – have had a tense relationship at times.

In 2016, Guy won custody of Rocco when he refused to return to New York after a trip to London to see his dad.

Rocco made the decision that he wanted to live in London instead of the US with his mom.

The spitting image of his dad, Rocco is in his final year of a fine art degree at the prestigious Central St Martins school of Art in London.

It's not clear how often he sees the singer, who splits her time between, Lisbon, Portugal and New York.

The Vogue hitmaker adopted the girls when they were four years old, from Malawi, where she also adopted David and Mercy.

Madonna and Guy divorced in 2008. He got the couple’s London pub and their Wiltshire estate as part of a multi-million pound divorce settlement.