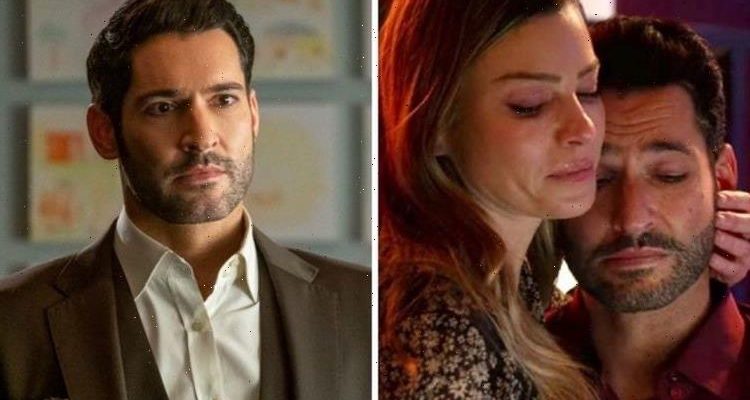 Lucifer: A look at behind the scenes of series six

The sixth season of Lucifer wrapped up with several twists and turns along the way. After releasing last Friday, fans of the Netflix phenomenon have already devoured all ten episodes, but co-showrunner Ildy Modrovich has revealed the series could have ended slightly differently in her latest Instagram post.

The co-showrunner took to Instagram on Wednesday with a backstage look at the show’s final season.

She wrote: “Spoiler alert ahead! After our lovely live chat with John Siuntres on his Word Balloon podcast, a few peeps asked if we had that extended ending I mentioned.

“Sooo… I dug up this rehearsal,” Modrovich finished the caption.

As the co-showrunner warned, expect to see some major spoilers in the video’s description.

In Lucifer’s final season, the crime-solving devil and now God faces his biggest mystery yet when an angel named Rory (Brianna Hildebrand) arrives from the future claiming to be his daughter.

He’s subsequently thrust into a time-hopping caper as he attempts to prove he was actually murdered when Rory accuses him of disappearing.

After several twists and turns, Lucifer decides he was better suited as the ruler of Hell and returns once more to the underworld.

The final scene features the devil taking on a new role as a therapist, taking inspiration from his mortal friend Linda Martin (Rachael Harris).

Rather than punishing souls for all eternity, Lucifer realises he can help grief-stricken humans overcome their past and eventually make it into the Silver City.

Having left Earth once again, Lucifer receives a shock when a knock at the door reveals Chloe Decker, ready to assist him in his new task for the rest of eternity.

Sharing a wordless kiss, a red light reveals the devil’s office is once again in session as My Chemical Romance’s ‘Welcome to the Black Parade’ plays over the credits.

Die-hard ‘Lucifans’ mostly agreed this was the perfect way to end the show, but the new video reveals the finale could have actually lingered on Lucifer and Chloe’s final moments a little longer.

Series leads Tom Ellis and Chloe Decker are both in masks for the rehearsal, as season six was filmed when heavy Covid restrictions were still in place.

In the clip, ‘Deckerstar’ actually share a hello when Lucifer’s true love appears in the underworld.

Chloe then steps into the office and sits beside Lucifer and in front of two of his patients.

This extended ending would have driven home the idea of Chloe assisting Lucifer in his task to rehabilitate the millions of damned souls trapped in Hell.

However, it was ultimately decided one last kiss before the credits rolled was the best way to drop the curtain on the iconic TV couple.

Although viewers would have loved to see just a bit more of Lucifer and Chloe before the series came to an end, Lucifer’s grand finale was certainly one to remember.

Lucifer season 6 is available to stream on Netflix.